I’m continuing to post, in serialize fashion, the rough pages, along with the final printed pages (and the original if I have them) to my three issue run on Batman Adventures. Today we’ll look at pages 20, 21 & 22 of Batman Adventures #6, published by DC Comics in March 1993. The Story is called “The Third Door”, and it’s written by Kelly Puckett, pencilled by me, inked by Rick Burchett, colored by Rick Taylor, lettered by Tim Harkins and edited by Scott Peterson. 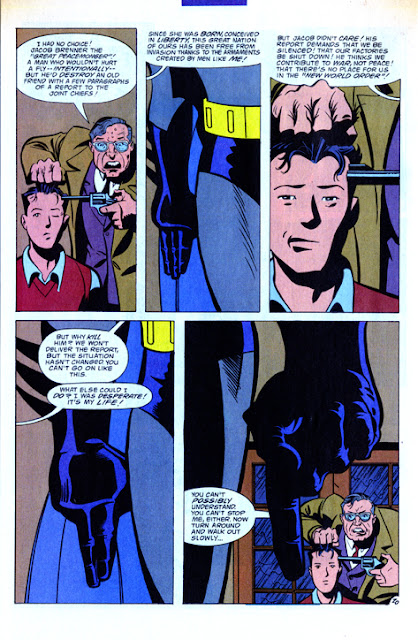 I disagreed with Kelly Puckett in his panel descriptions for page 20 (seen in the page as published); it struck me as too easy just to use close-ups of Batman’s fingers counting down. 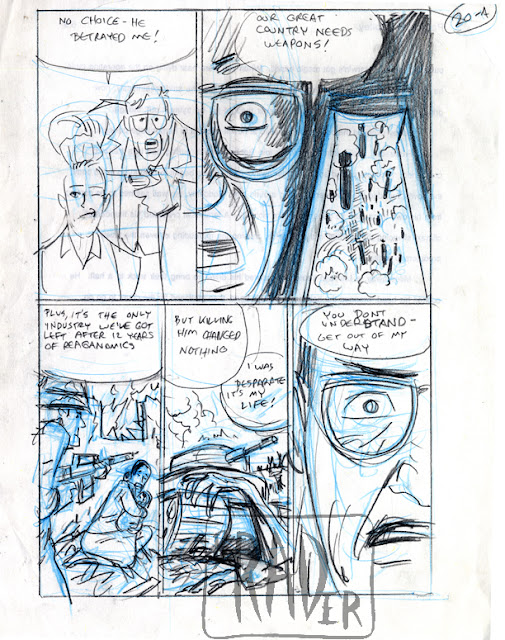 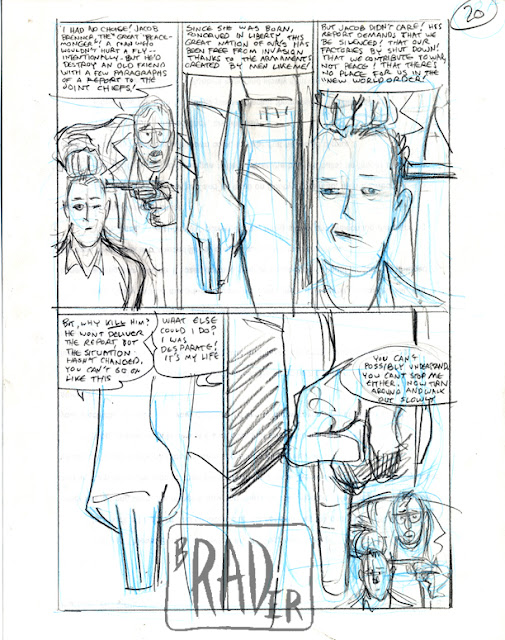 I drew an alternate version of the page showing a montage of war images illustrating Crenshaw and Batman’s dialogue, and was over-ridden by both writer and editor. Looking at it now, I have to say that panel 5 is pretty cool. It would make a great poster all by itself. 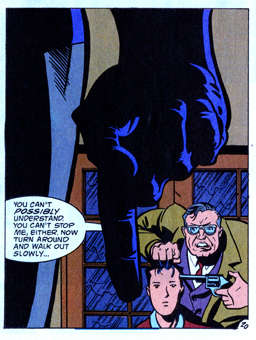 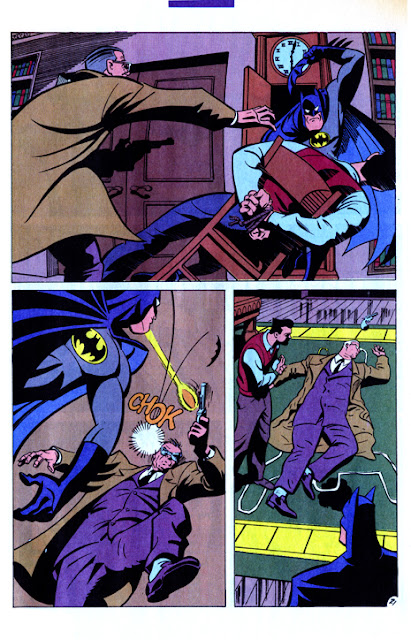 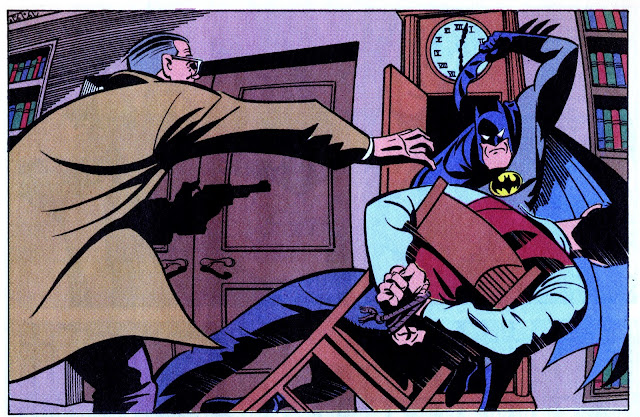 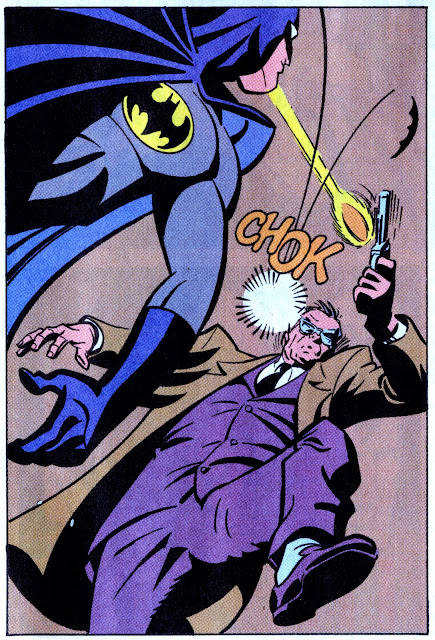 Unfortunately, in panel 3, the old problem of figures on the floor becoming gigantic returns. -sigh-… 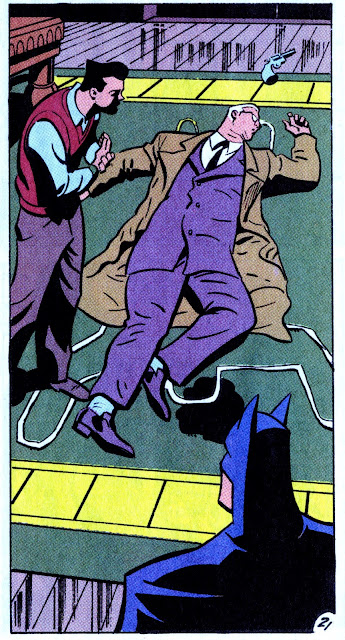 I finished up work on my 3 issues of Batman Adventures in the fall of ’92, just before I returned to storyboarding at Warner Animation on the “Batman: Masque of the Phantasm” feature.I felt that I was red hot, that the world was my oyster as I finished the art for BA #6. I was able to use these comics as spring-boards to my next comics job, illustrating the “The Mark in America” mini-series for Dark Horse Comics. 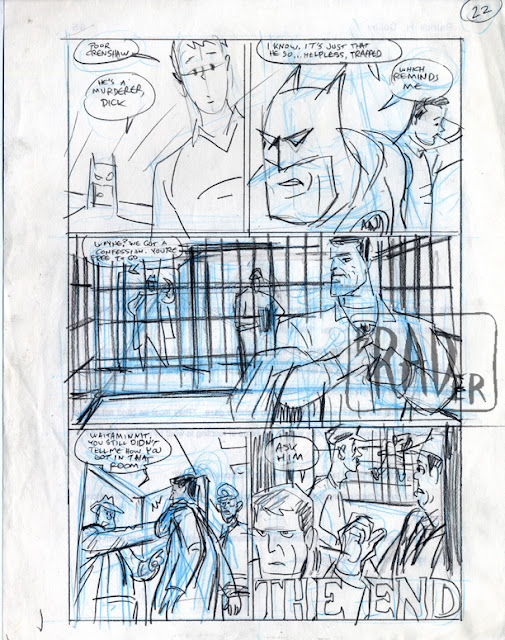 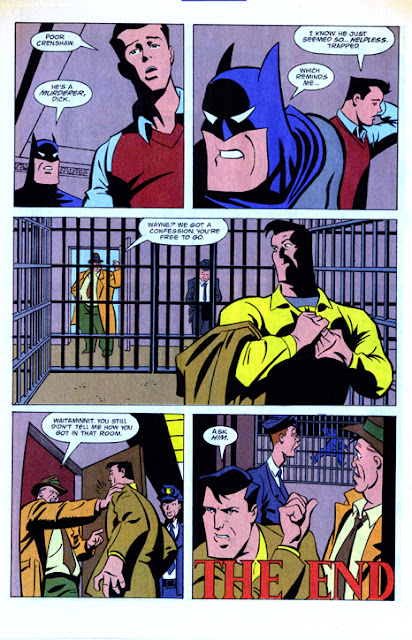 Labels: "Batman: Masque of the Phantasm", "The Mark in America", "The Third Door", Batman Adventures #6