I’m continuing to post, in serialize fashion, the rough pages, along with the final printed pages (and the original if I have them) to my three issue run on Batman Adventures. Today we’ll look at pages 16 & 17 of Batman Adventures #6, published by DC Comics in March 1993. The Story is called “The Third Door”, and it’s written by Kelly Puckett, pencilled by me, inked by Rick Burchett, colored by Rick Taylor, lettered by Tim Harkins and edited by Scott Peterson.

Re: page 18, panel 1… I don’t remember if the printed version was my idea or the editor’s, Scott Peterson. The thinking was, we have so few scenes of Batman in this story that it would be advantageous to play him up as much as possible. Even so, I have him mostly hidden within his cape.

“The Third Door” was meant to be an Alfred Hitchcock pastiche. One of the interesting things about Hitchcock is the way he manipulates P.O.V. (point of view) and audience identification. In Act 3 of this issue, POV and AI shift to Mr. Crenshaw, the murderer. At this point, the narrative takes on a hallucinatory, dream-like quality. I remember a fan (or the editor) remarking that pages 17 & 18 have the quality of those nightmares where one is fleeing but can’t move fast enough to outpace the inexorably approaching pursuer. The distorted perspective in page 18, panel 2 supports this reading. 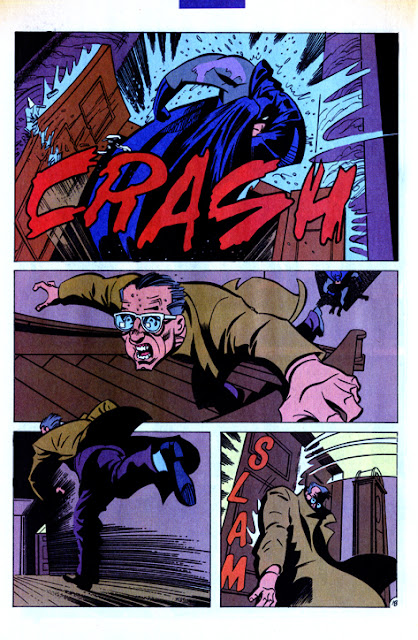 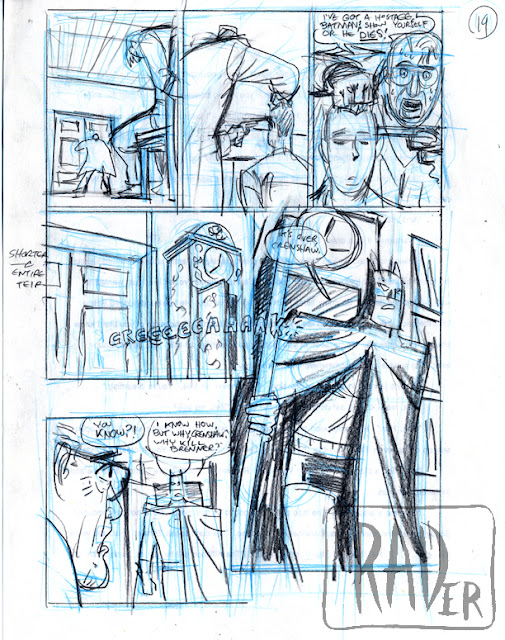 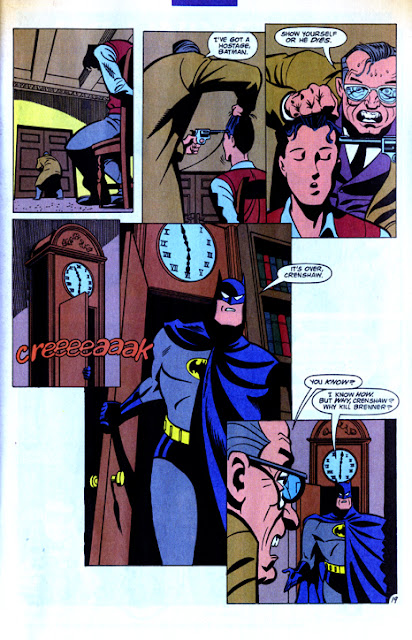