I’m continuing to post, in serialize fashion, the rough pages, along with the final printed pages (and the original if I have them) to my three issue run on Batman Adventures. Today we’ll look at pages 16 & 17 of Batman Adventures #6, published by DC Comics in March 1993. The Story is called “The Third Door”, and it’s written by Kelly Puckett, pencilled by me, inked by Rick Burchett, colored by Rick Taylor, lettered by Tim Harkins and edited by Scott Peterson.

I mentioned a few posts back that the Crenshaw mansion’s exterior was borrowed from “North By Northwest. I made several changes; I put the mansion on an oceanside cliff’s edge, I added a third story to enable Bruce’s gymnastic entry into the murder room (though I suppose leaving it at two stories would have worked also, but three felt more dramatic). 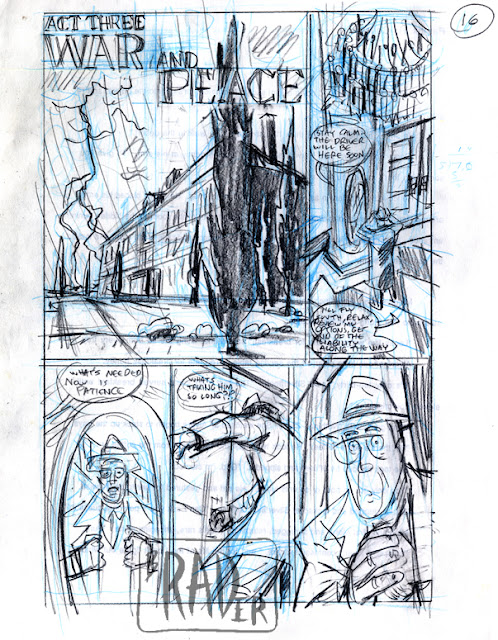 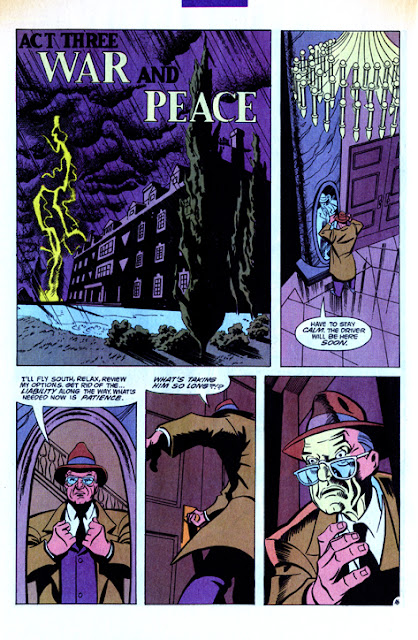 Most importantly for the purposes of this present discussion, I added a double row of cypresses from the front gate to the entrance, along with a ring thereof framing the car port area. The latter allowed me to create foreground elements in page 16, panel 1. The former added compositional perspective to page 17, panel 1, implying that Batman was traveling from the distance to his current position. Anything might have served; I considered adding a collumnade, but the cypresses seemed easier. 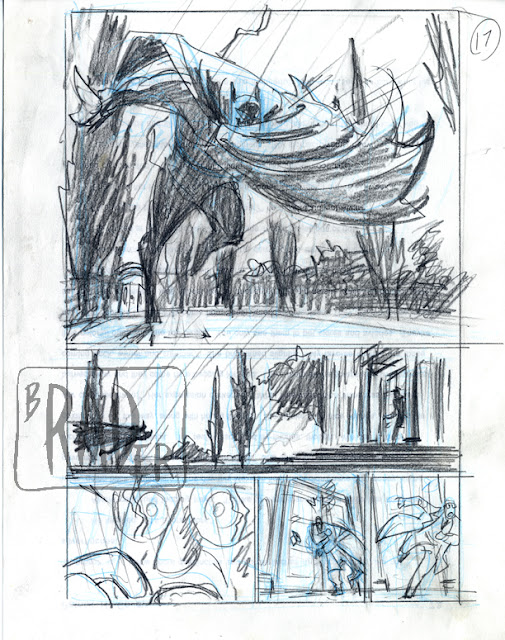 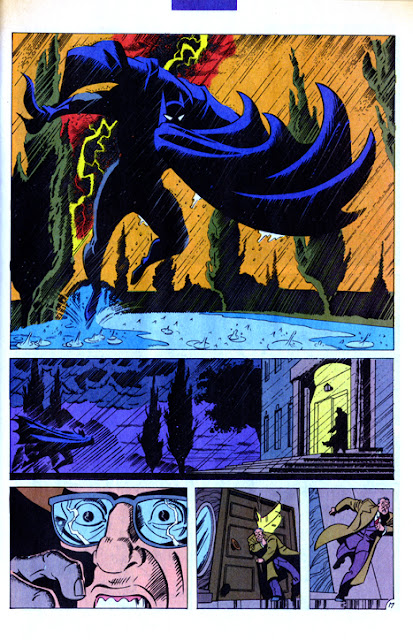