I’m continuing to post, in serialize fashion, the rough pages, along with the final printed pages (and the original if I have them) to my three issue run on Batman Adventures. Today we’ll look at pages 6 and 7 of Batman Adventures #6, published by DC Comics in March 1993. The Story is called “The Third Door”, and it’s written by Kelly Puckett, pencilled by me, inked by Rick Burchett, Colored by Rick Taylor, lettered by Tim Harkins and edited by Scott Peterson.

Page 6 was tricky on several levels. 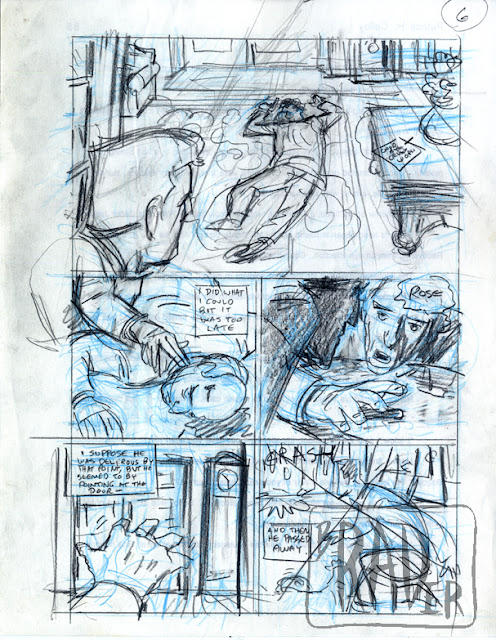 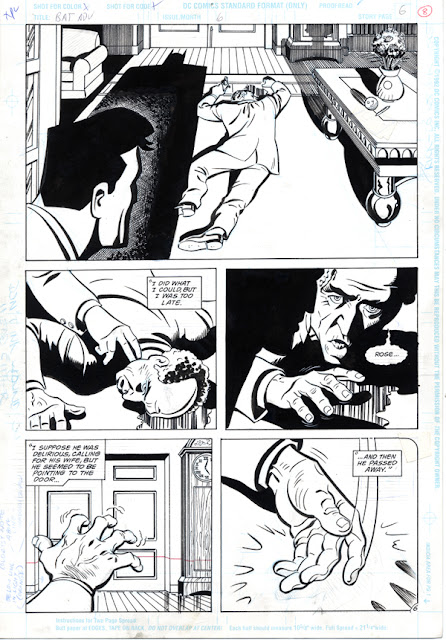 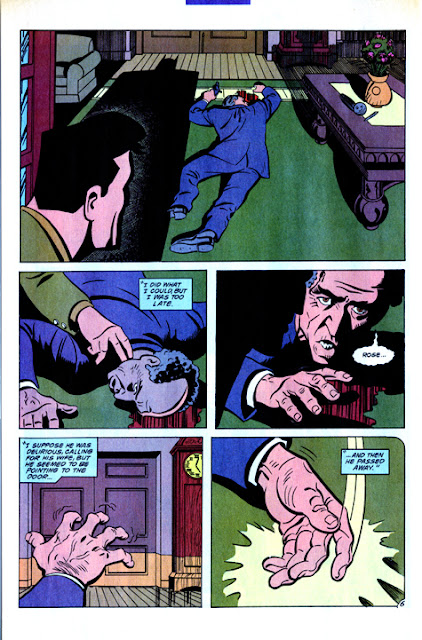 First was drawing Brenner’s dying body lying on the floor and making it seem like Brenner proportional to Bruce. as opposed to being a giant or a midget. (I had the same issue in pages 12, 13 and 22, getting “Brute” to stay normal sized, laying supine on the floor.) This is the kind of tough drawing problem that lacks the cool-factor, but is absolutely necessary for convincing depictions and seamless narrative flow. I’ve always found it easier to cartoon for the action-adventure series (in either comics or film) than the animated sit-coms. One of the hardest drawing assignments I’ve ever encountered was drawing the Hill family sitting/standing around the kitchen dining table in “King of the Hill”, fitting all the characters into the same compositions while appearing that they were the same relative size.

Second was choreographing the reveal of clues so that they were present but not obvious. I had to sketch a map of the room, placing all the relevant (and irrelevant/ misleading) objects. My training as a storyboard artist was extremely helpful in this regard. On the other hand, in comics, it is sometimes necessary to favor page flow and eye-read over continuity. 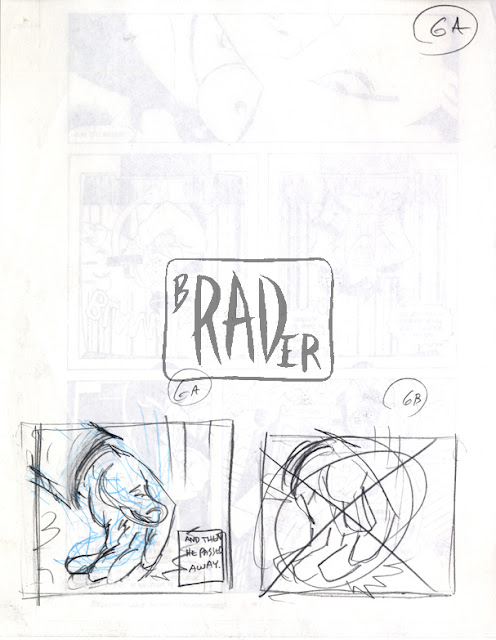 In panel 5, one can see that I toyed with reprising the splash page, and that I settled on depicting a close up on Brenner’s hand, slumping lifelessly. This was both easier to draw, more dramatically effective (playing up the importance of Brenner’s gesturing hand (in panels 3, 4 and 5) as a clue), and plusses the entire page as a unit (more compositional variety). 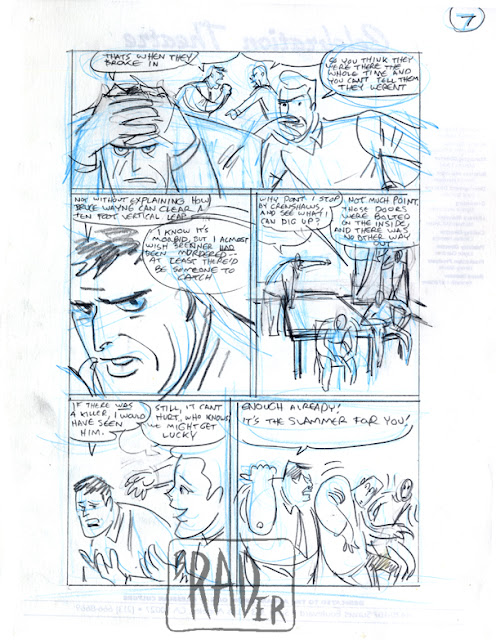 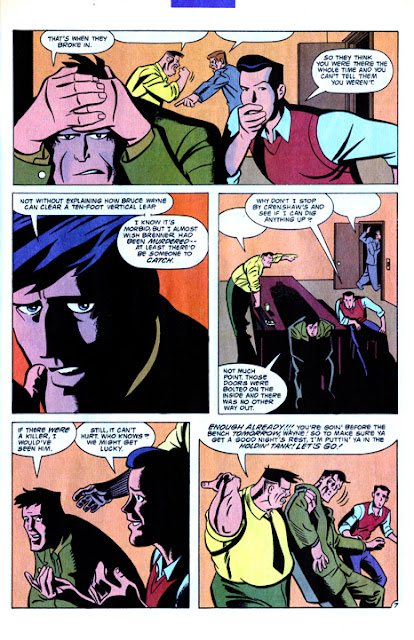 Page 7; I like the empty/ cropped word balloons in panels 1 and 3, which allows us to see that Bullock and Shyster are still arguing without having to bother with their unimportant dialogue. I don’t know if that was Kelly Puckett’s or my idea. If it was mine, I’m grateful that the editor, Scott Peterson, let it go and the letterer, Tim Harkins, made it work.

Speaking of hands, I’m hugely influenced by Neal Adams in the posing and depiction there of. As agents of expression, I try to include them whenever possible, almost to a fault on page 7.