I’m continuing to post, in serialize fashion, the rough pages, along with the final printed pages (and the original if I have them) to my three issue run on Batman Adventures. Today we’ll look at pages 2 and 3 of Batman Adventures #6, published by DC Comics in March 1993. The Story is called “The Third Door”, and it’s written by Kelly Puckett, pencilled by me, inked by Rick Burchett, Colored by Rick Taylor, lettered by Tim Harkins and edited by Scott Peterson. 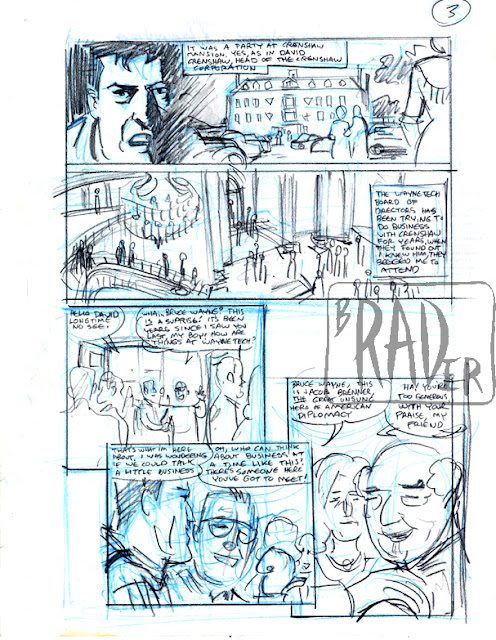 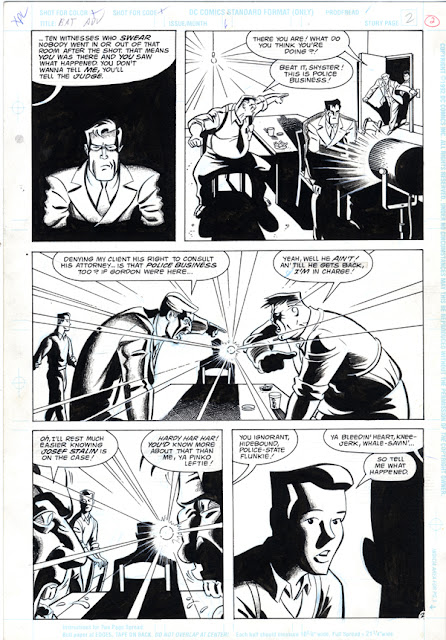 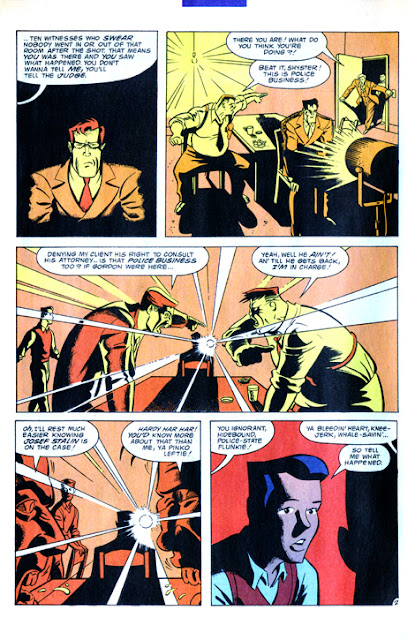 In keeping with the Alfred Hitchcock pastiche nature of this story, I based the design for the exterior  of David Crenshaw’s mansion off of the mansion in “North by Northwest” where Cary Grant first meets James Mason. (I added a third story for plot purposes and processional rows of cypresses to lead one’s eyes to the front door. This was necessary for the climax in Act 3, but I didn’t realize it until I roughed out that section, hence the trees aren’t in the rough but are in the finished version.)

The lobby is based off of Claude Raine’s mansion in “Notorious”. I had to sketch from freeze frames of the laser disc to achieve this view.

The character ‘David Crenshaw’ was based off the actor, George C. Scott; ‘Jacob  Brenner’ off of Sam Jaffe. 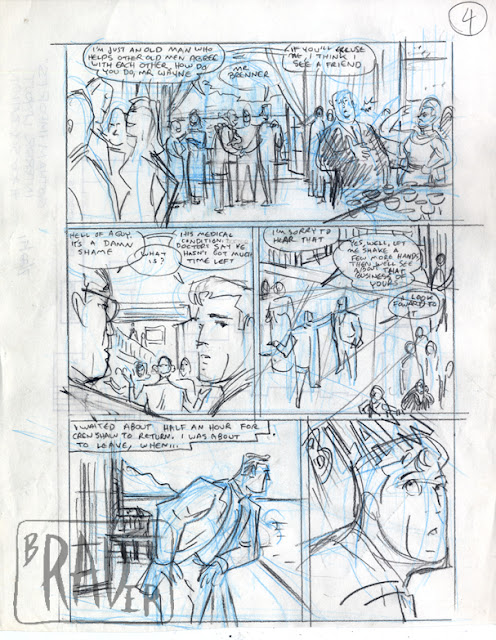 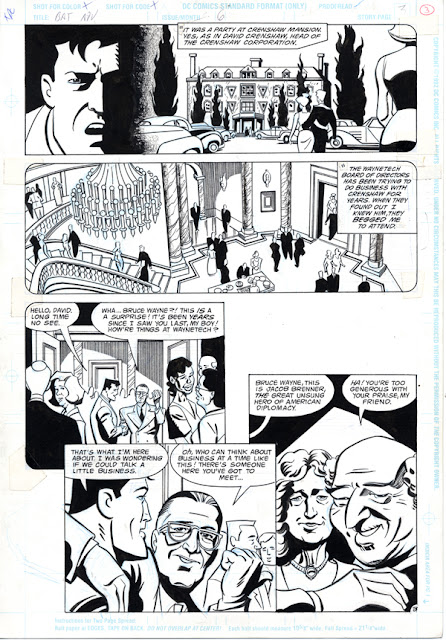 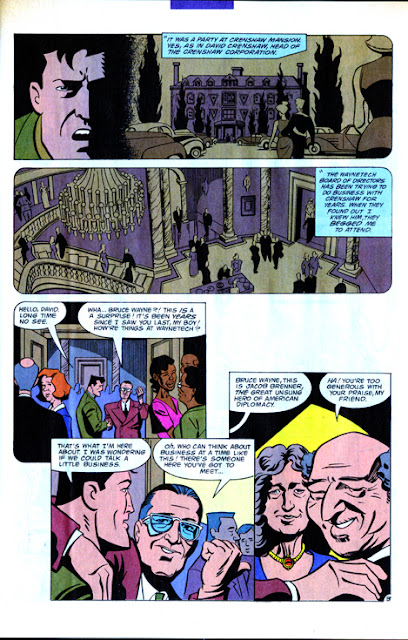 Actually, there’s an interesting story behind this. In the fall of 1992 I was corresponding regularly with Alex Toth. He agreed to meet me for lunch, and requested I bring along Bruce Timm and  Dan Riba,(the three of us having worked together on Season One of the Batman Animated TV series, of which Alex was a big fan). I had photocopies of the pencils for Act One to show Alex; while we three acolytes eagerly awaited the arrival of our spiritual and artistic idol, I let Bruce and Dan have a look. When I informed them that the Crenshaw character was supposed to be George C. Scott, Bruce grunted noncommittally, obviously unconvinced. I was stung, but had to admit Bruce was right. After lunch (Alex stood us up, claiming ill health) I rented a laser disc of “Hard Core” (starring  George C. Scott) and spent the evening sketching freeze frames of the actor. Unfortunately, I had already shipped the original pencils for Act One to DC, so I couldn’t change those pages. But I used those sketches when pencilling the character’s re-appearance in Act 3.