This is a variation on a theme from a student painting I did of Atlas, kneeling on a mountain peak, holding the floor of Death Valley on his back (it worked equally whichever direction it was displayed).

This drawing is more inspired by Weisinger era Superman comics, the ones where Steely Man throws planets around like medicine balls. But what would that REALLY have been like? Say, a crowd of people in a park or on a busy city street are treated to the bizarre spectacle of their favorite hero flying out or the sky, landing with his head and shoulders against the grass or pavement, and grimacing as though he were straining hard enough to induce a hernia? (Actually, I’ve done that drawing also but have no idea where it is.) 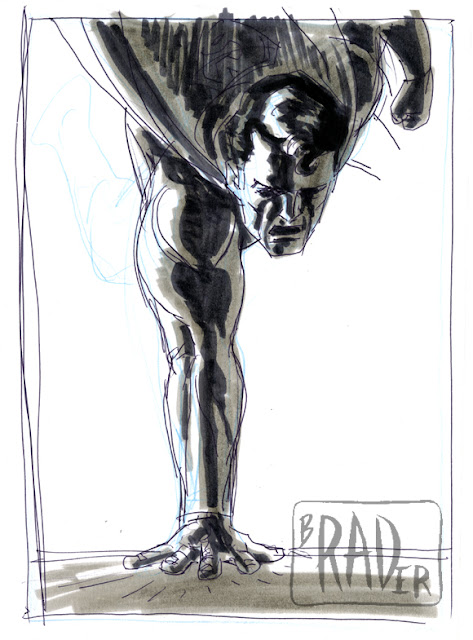