On Wednesday, September 28, I visited, for the second time in 3 months, the Viva Cantina, at 900 Riverside Dr., Burbank, California, 91506, (818) 846 2425, next to the entrance to the Los Angeles Equestrian Center, on the border of Griffith Park. I went there to dine on the restaurant’s tasty Mexican cuisine, and to listen the the big band stylings of “This Ain’t Your Daddy’s Big Band”.

“Lead by the high-and-hard blown’ trumpet of Rex Merriweather, THIS AIN’T YOUR DADDY’S BIG BAND is Los Angeles’ top musicians- a talented force drawn from the bands of Buddy Rich, Brian Setzer, Manhattan Transfer, Tower of Power, The Captain & Tennille, Rod Stewart and more”. You can read more about them at BigBandRockParty.com.

These people play LOUD, and it is electrifying to sit at the front table (close enough to sketch) and get the full blast. My friend, Darren Atkins, (substitute sax player) tells me it’s a “rehearsal” band. I’m curious as to what they’re “rehearsing” for; it seems like they could play the Hollywood Bowl with no problem. There were a few false starts. Oddly, the roughness of some of the playing made it feel more real. I  enjoy them more live than on CD (on sale next to the tip jar); something is lost in the greater perfection.

I spent the two + hours these ace session musicians played (for free, but tips are encouraged) sketching, eating, then sketching some more. Unfortunately, I was not in the best form, so these are the only drawings of postable quality. 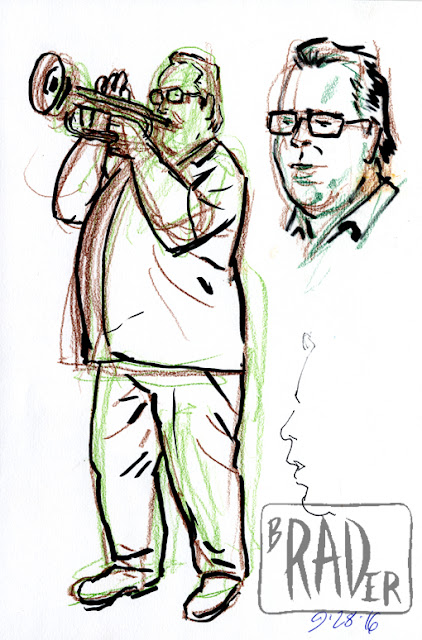 This is the bandleader, Rex Merriweather. He plays several horn instruments. 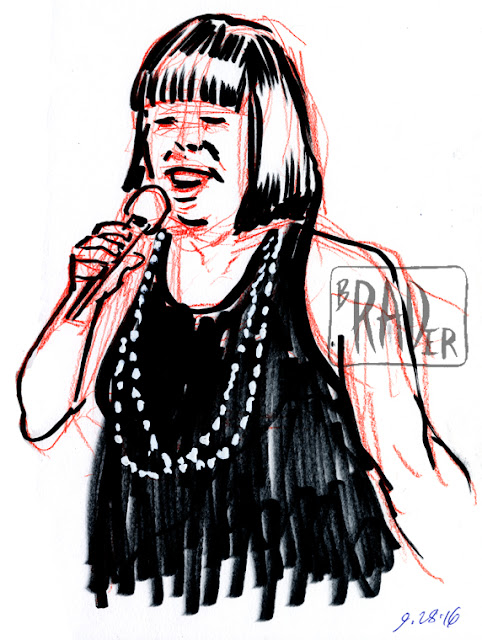 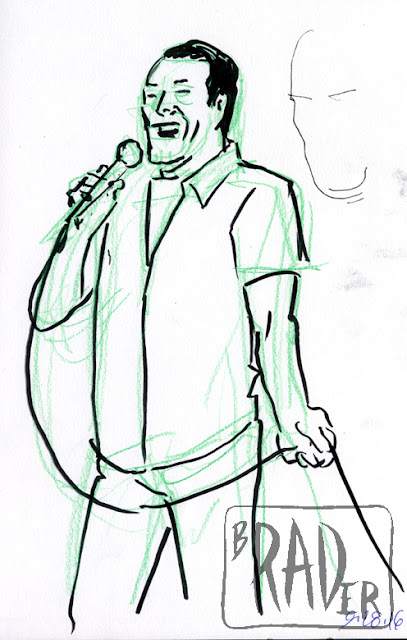 As did Don Lucas, star of TV and Film.  He has a Tony Bennett/Frank Sinatra thing going on. 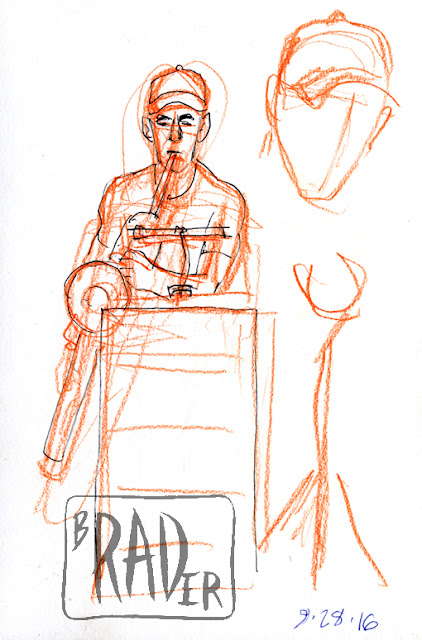 My friend, Darren Atkins, on some sort of saxophone. 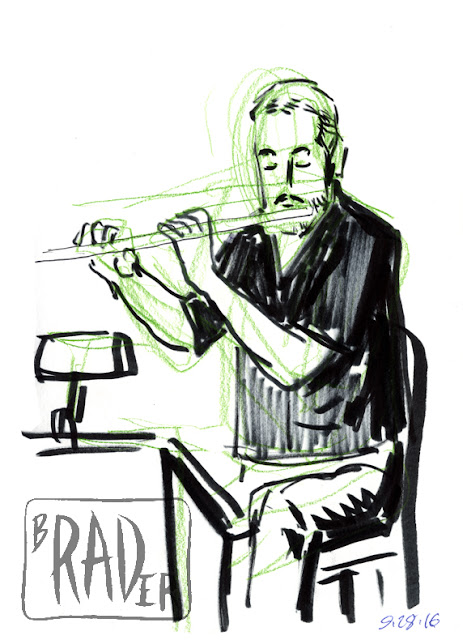 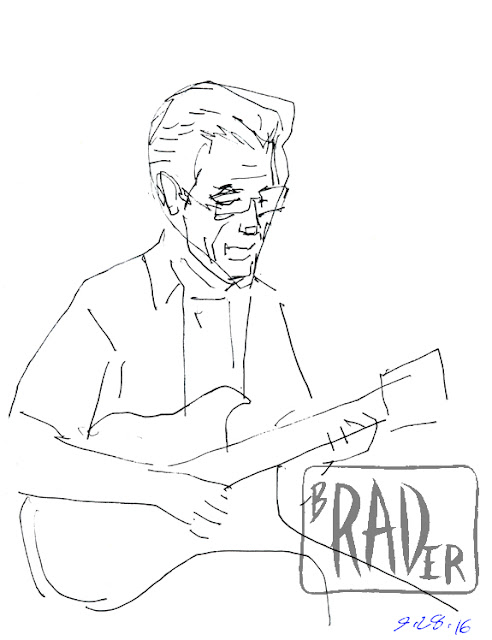 The guitar stylings of Jerry Scott.... 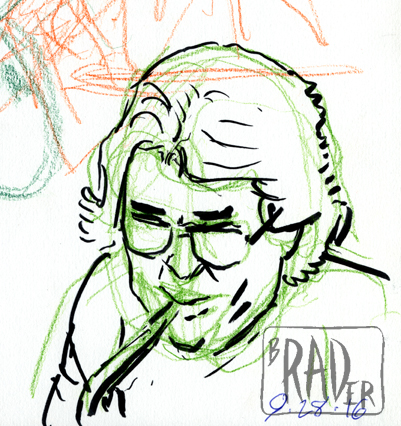 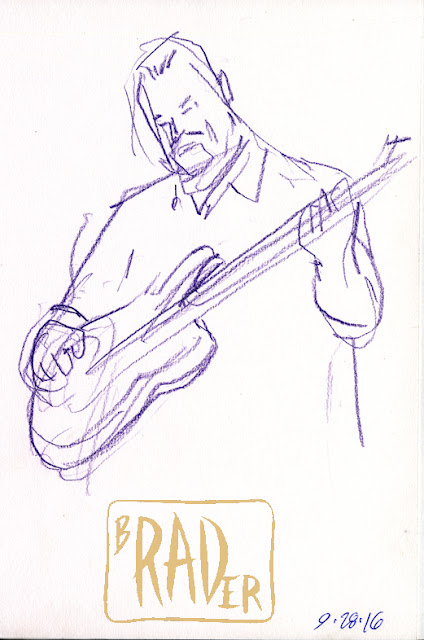 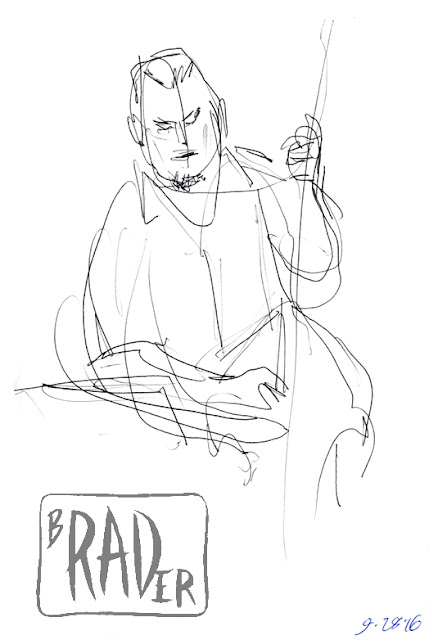 Rick Guetschow styled on both elected and stand-up base.

In summary, I had a very enjoyable evening and totally recommend anyone who’s into quality music check these people out. They perform every Wednesday from 7:30 to 10:00 PM.