I met Jim Boyle about at the AT Center (Alcoholics Together) in Silverlake, California, 12 years ago. He was retired from 3 different careers (officer in the Marine Corps), script analyst at (at least) one of the major Hollywood studios, and public school teacher. His avocation in retirement was Theatrical Dramaturg; i.e., he would help equity waver and larger-than-equity-waver theatrical productions in whatever ways a retired script supervisor could. I was searching on-line just now for any mention of him. Lots of Jim Boyles, but no Jim Boyle. This is very disturbing to me; it’s as though he were wiped off the face of the earth. It puzzles me, especially considering the impact he had on so many lives.

If memory serves, he died inside his parked car, in January 2013, as though he had thought to take a quick nap while running errands in Hollywood, California. He was in his early 70’s. In 2004 he confided to having Asperger Syndrome; this was the first I’d heard of such a thing and replied that I thought he was pathologising a normal part of the human personality spectrum. He continued that, early in his recovery, he meticulously worked out what a normal, empathetic person would do in any given situation, and, as a contrary action, do that thing. Talk about faking it until you make it. At his memorial, a large crowd of loved ones from various parts of his life, career(s) and avocation(s) spoke of what a giving, caring person he was, almost to a fault. 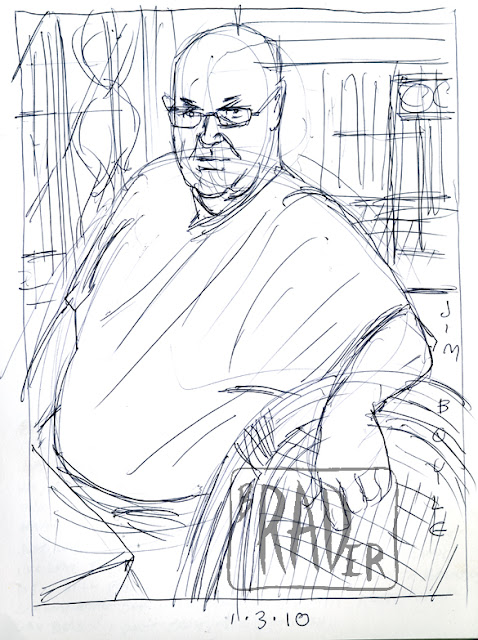