I’m continuing to post, in serialize fashion, the rough pages, along with the final printed pages (and the original pages if I still have them) to my run on Batman Adventures. Today we’ll look at pages 20, 21  and 22 of Batman Adventures #5, published by DC Comics in February 1993. This is part two of “Riot Act”, part one having appeared in Batman Adventures #4 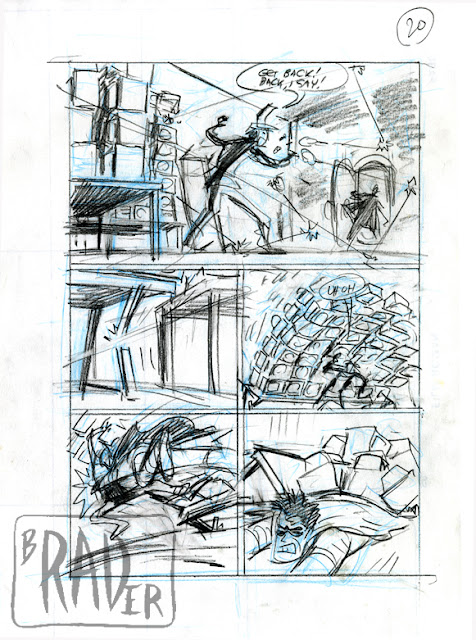 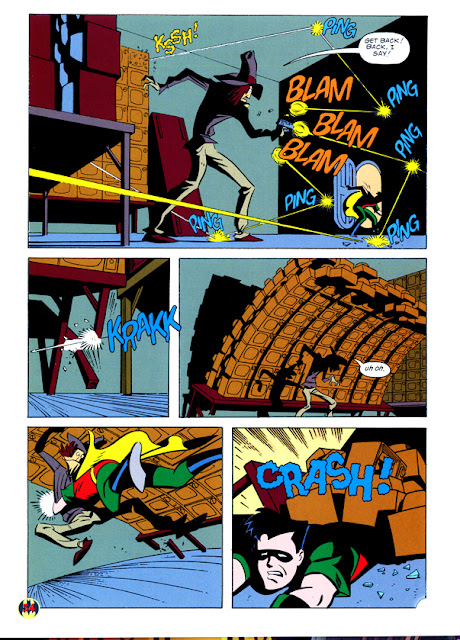 The editor, Scott Peterson, complimented me on the close up on Professor Crane’s eyes in the last panel (“This is really creepy!”).
His comment put me in mind of the final scene of “Queen Christina”, starring Greta Garbo, from 1933. In the final scene of the movie, her character has abdicated from the Swedish throne, is standing on the bow of a ship, preparing to sale off into the unknown, having lost everything. The actress is reported to have asked the director, Rouben Mamoulian, what her character was thinking in this moment. He replied something along the lines of “Think absolutely nothing; let the audience read into it what they want.” 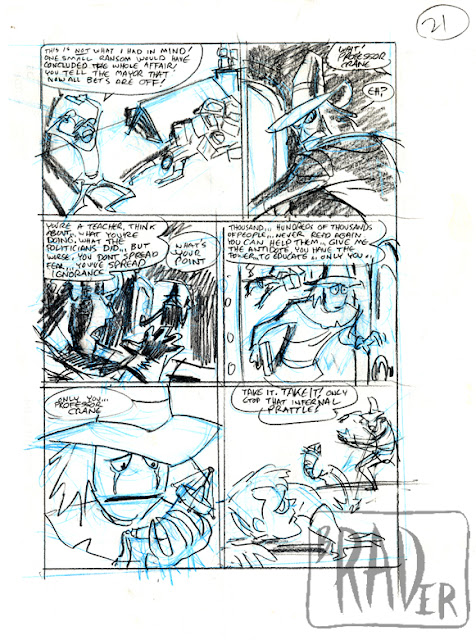 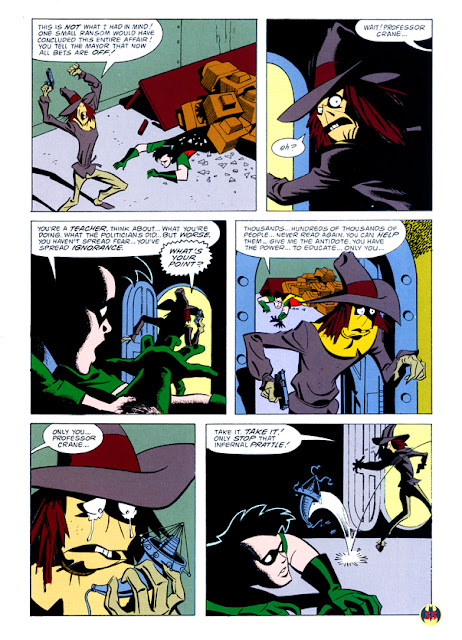 Some of the greatest film acting consists of the actor standing there motionless, expressionless, letting the camera linger on them within the narrative context of the moment. Another example of this is Orson Wells, in “Touch of Evil”, in the scene where his character, Hank Quinlan, falls off the wagon. He is motionless, expressionless, as the camera pulls away from a close up and cranes slowly upward into a full figure down shot of his character. This is devastatingly effective, and was hugely influential to me as a storyteller-in-training. 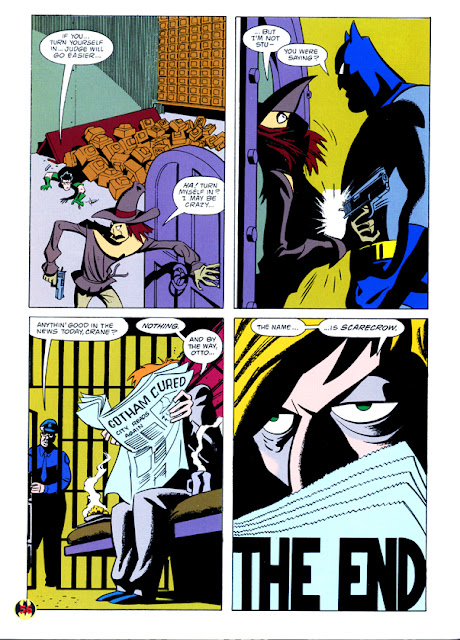