I’m continuing to post, in serialize fashion, the rough pages, along with the final printed pages (and the original pages if I still have them) to my run on Batman Adventures. Today we’ll look at pages 17, 18  and 19 of Batman Adventures #5, published by DC Comics in February 1993. This is part two of “Riot Act”, part one having appeared in Batman Adventures #4. 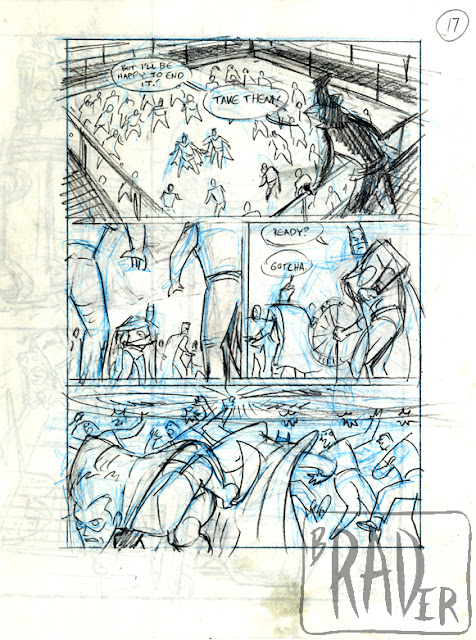 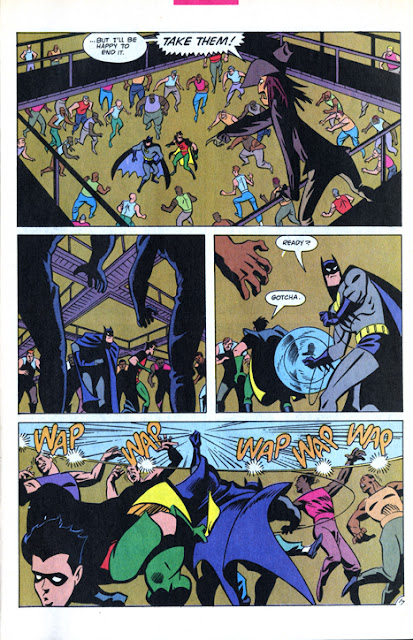 These 3 pages depict the climactic fight scene between the Dynamic Duo and the Snakes, a multi-racial, multi-ethnic youth gang subcontracting as henchmen to the Scarecrow. By painful necessity I had to draw 3 establishing down shots with crowds of Snakes menacing and being vanquished. This is a challenging drawing “opportunity”. The trick is to get all the characters appear to be the same size (or whatever size they’re supposed to be) and occupying the same space. 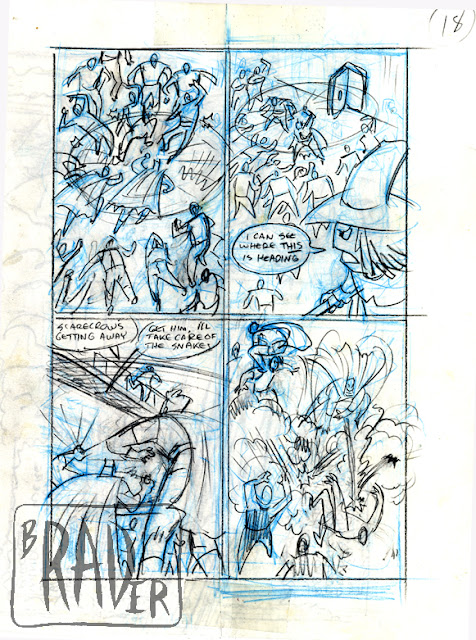 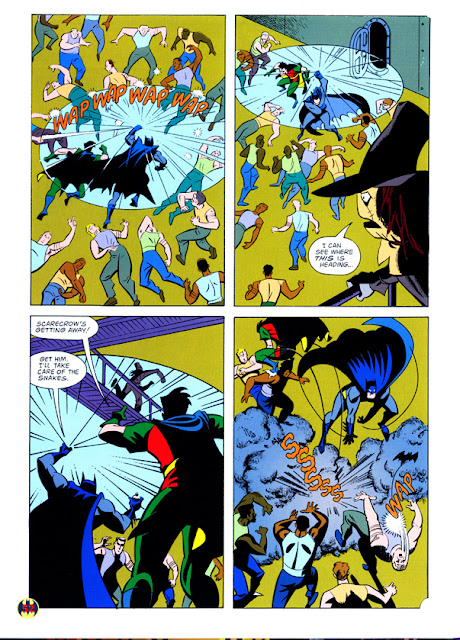 In laying out comic books (or storyboarding film) there is the concept known as “The Cheat” (or “Cheating”). Generally speaking, this means doing whatever necessary to advance the narrative from Point A to Point B. Such as…

1) Placing a character, prop or background element in one panel (or scene) and moving or re-sizing them in another (without having them move on their own) to make them work in a subsequent composition or narrative flow.

2) Conflating 2 or 3 vanishing points in the same composition to include all the necessary information.

3) Setting up a situation or conflict cutting away from it rather than playing it out to its logical conclusion.(This is more of a writing thing than an art thing). 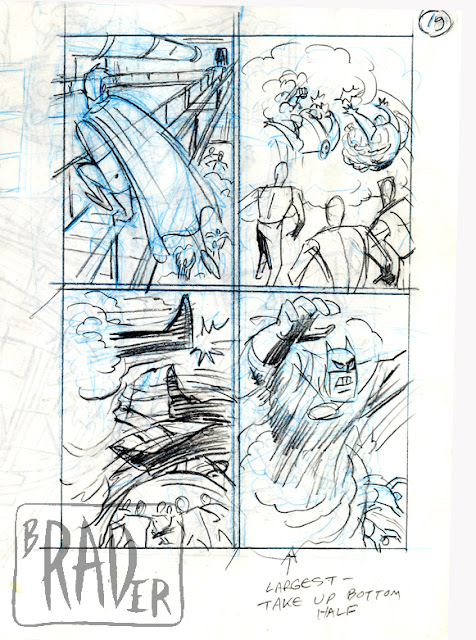 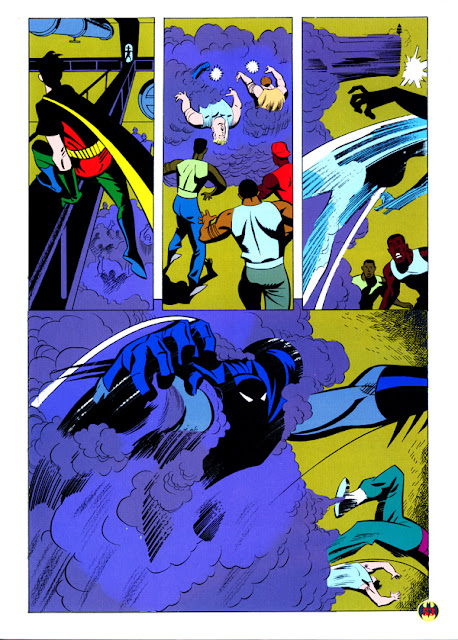 4) Combining several plot points or action beats into the same panel for the sake of narrative expediency. (I don’t know if this actually counts as a “Cheat”. It’s one of the primary differences between comics and film; Comics combine beats in panels frequently, film tends to have only one action beat per unit of time.) (In fact, one of the hallmarks of “cinematic comics” is isolating one action beat per panel, leading to pages with many small panels (EC era Bernie Krigstein and his influence-ees, such as P. Craig Russell, early 70’s Barry Smith, and Master of Kung Fu era Paul Gulacy.))

5) Filling a panel with a sound effect blurb instead of  showing the causative event.

6) Having an antagonist be vanquished with unrealistic ease to keep things moving.


There is no consensus on what constitutes an acceptable “cheat”, except that if one gets caught, it was an unacceptable cheat.

In summary, my job as a storyteller (in whatever medium) is to make the impossible seem plausible and the contrived to feel spontaneous and natural.

I’m expounding thusly in this context because today’s 3 page sequence uses all of these cheats. See if you can spot them.