I’m continuing to post, in serialize fashion, the rough pages, along with the final printed pages (and the original pages if I still have them) to my run on Batman Adventures. Today we’ll look at pages 14 and 15 of Batman Adventures #5, published by DC Comics in February 1993. This is part two of “Riot Act”, part one having appeared in Batman Adventures #4.

In 1992 I was employed on The Batman Animated TV series as a storyboard artist, along with Martin Pasko, who was a script editor on the series. Martin was also the author of “Riot Act, Part One”, and the plotter of “Riot Act, Part two”. When we were prepping to start on part one, Martin asked me if there were things I particularly liked to draw; he made it a habit to accommodate his artists by working their drawing desires into his scripts. I gave him several photos I had taken in the summer of ’91 while on vacation in Seward, Alaska. These were photos of a cargo unloading  facility in the harbor. It was quite structurally complicated, with enclosed overhead conveyor belts, cranes and walkways. I told him it would be really cool to stage a fight/chase scene on this environment. I was somewhat disappointed when I got the script and discovered the surviving remnant of my idea was that the Scarecrow’s hide out was on a cargo ship docked in the Gotham harbor. Oh well. Maybe I’ll use the idea myself someday. 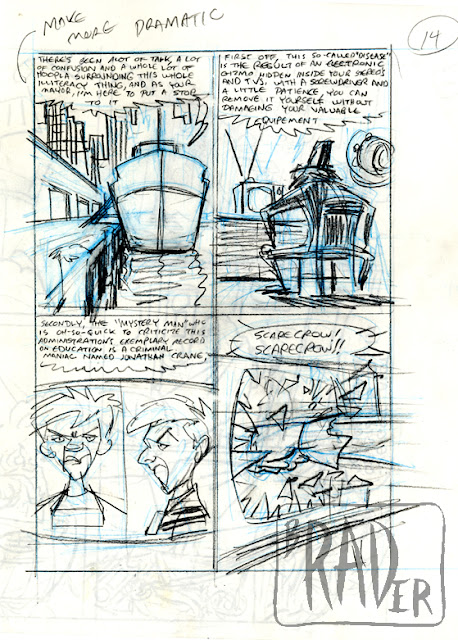 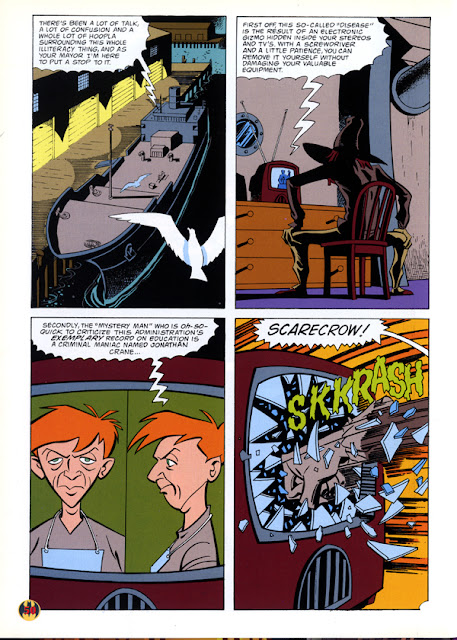 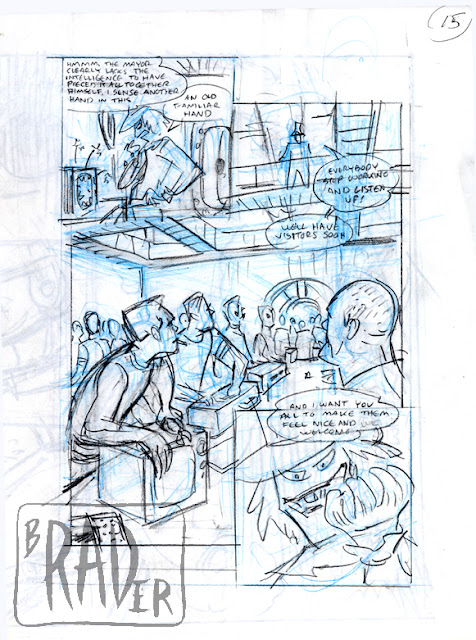 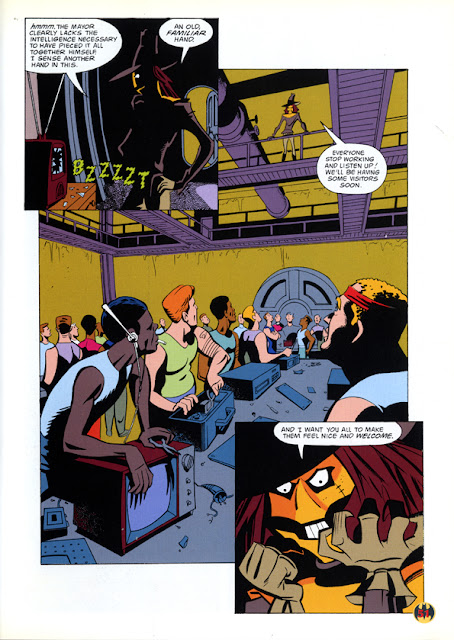