To generate buzz for my upcoming stint at the Long Beach Comic Book Convention of September 17th and 18th, I am posting in the intervening week, scans of my roughs to my first ever professional
comic book assignment, ‘Batman Adventures’ #4, which was published in the fall of 1992, along with the finished pages, those that I still possess.

Today I’m posting the roughs for pages 10 - 11b, along with the page as printed. I designed two different versions of page 11, the first following Martin Pasko’s script. In the second version, I edited Pasko’s script, cutting the yadda yadda between Dick Grayson and his college roommate for a dramatic shot of Robin on his bat cycle. As you can see, the editor went with the page as scripted.

I took this bold step because I thought Martin’s script was overwritten and wanted to open it up, give it breathing room. 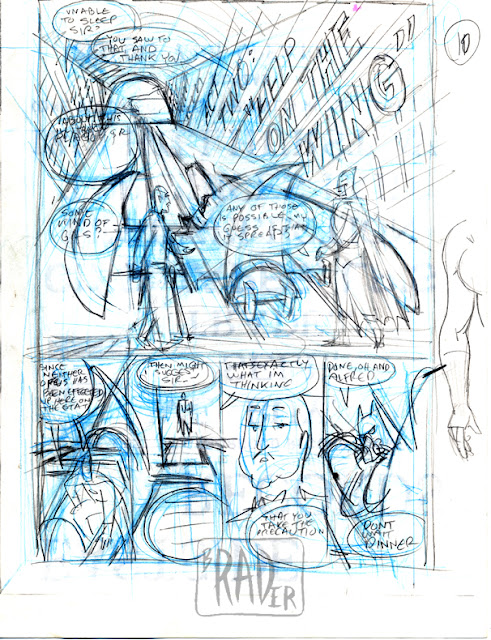 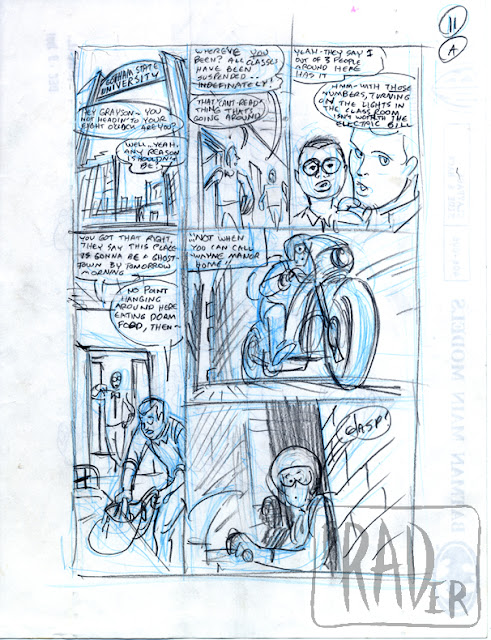 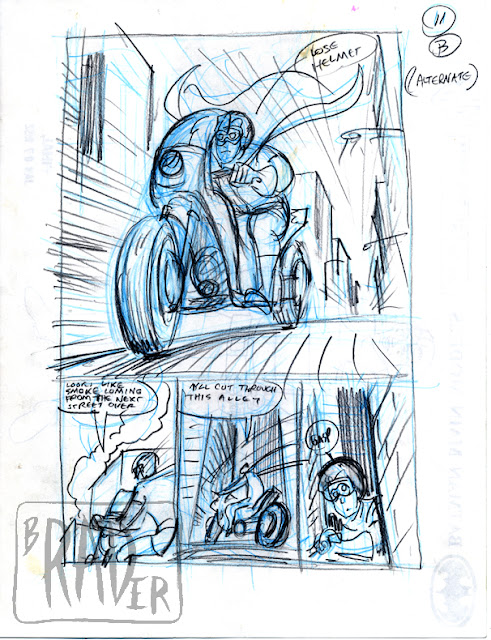 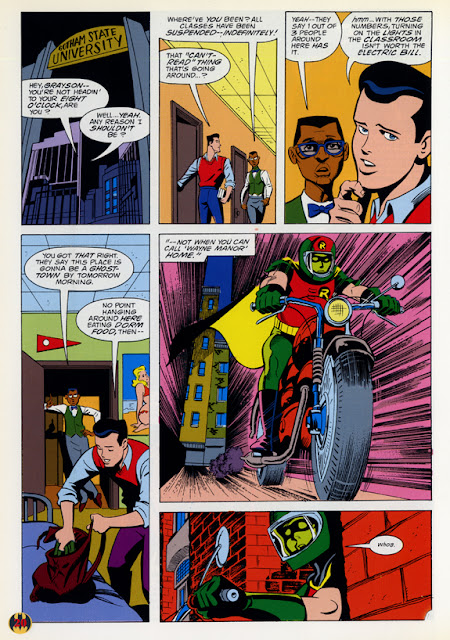