I’m continuing to post, in serialize fashion, the rough pages, along with the final printed pages (and the original pages if I still have them) to my run on Batman Adventures. Today we’ll look at pages 6 and 7 of Batman Adventures #5, published by DC Comics in February 1993. This is part two of “Riot Act”, part one having appeared in Batman Adventures #4.

I forget to mention, in yesterday’s post, that it was my idea to cast the parol officers in Crane’s dream sequence as Cain and Abel from the House of Mystery and Secrets.

I tried two different versions of page 6. The first is my attempted re-write; the second on on-script. As  you can see, we went with the scripted version.  That’s probably better, as it sets up Scarecrow’s motive for creating a device that cancels victim’s reading ability.

The deal with pencilling a monthly book is that one doesn’t have time to dither around; one just has to set one’s shoulders and power through it. Looking at page 6, panel 1 brings it all back. Crowd scenes are easy to rough out and a bitch to clean  up. I considered having all the students look exactly alike, sitting in the same postures. I decided to go the opposite route and make them individual in the extreme. This took more time, possibly, but was more fun in the end. Except that I had to crank out a page a day no matter what. I could have spent two days on panel 1 alone, but could only devote half a day to it. I wonder what Kirby or Buscema (John) would have done. 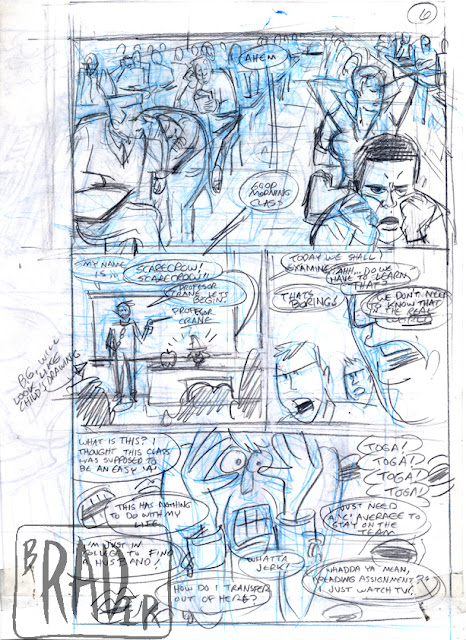 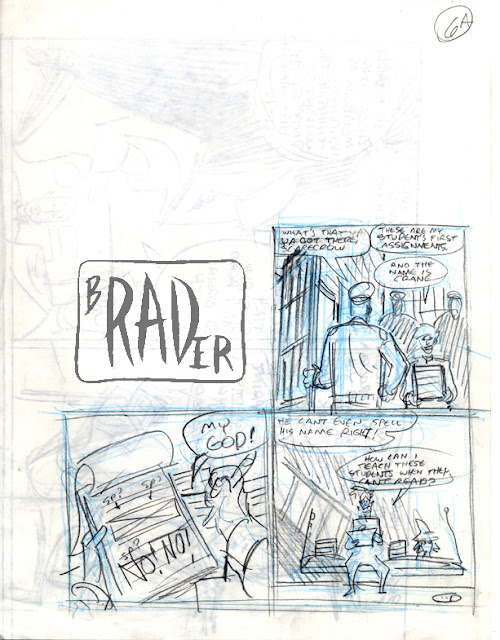 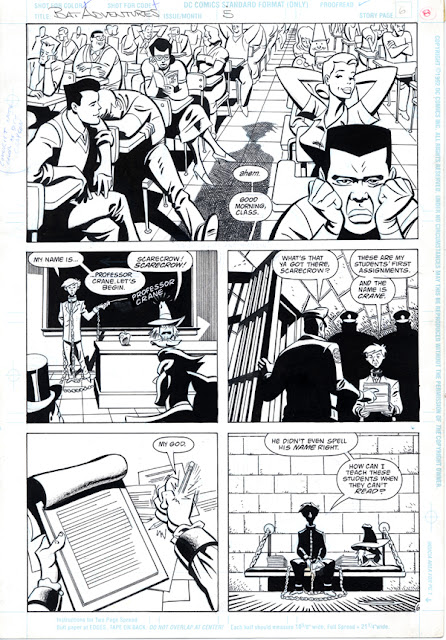 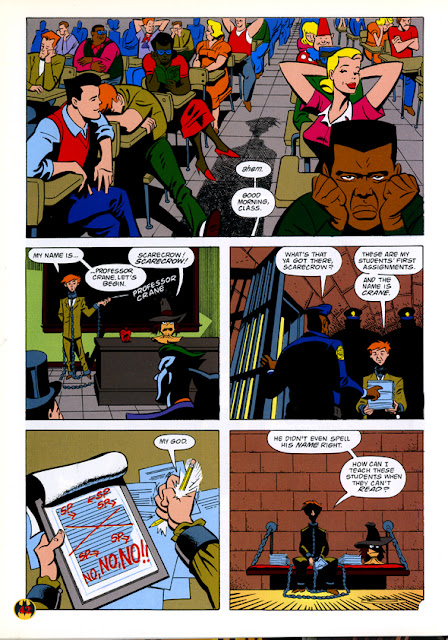 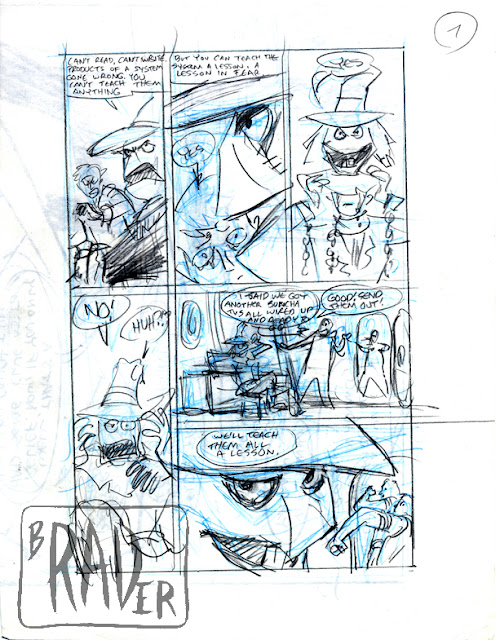