To generate buzz for my upcoming stint at the Long Beach Comic Book Convention of September 17th and 18th, I am posting in the intervening week, scans of my roughs to my first ever professional
comic book assignment, ‘Batman Adventures’ #4, which was published in the fall of 1992, along with the finished pages, those that I still possess.

Today I’m posting the roughs for pages 7 - 9. These are illustrating a script by Martin Pasko, at the time a script editor (or supervisor… he had something to do with the scripts) on the Batman Animated TV series. This story, entitled “Riot Act”, was his response to the Los Angeles riots after the acquittal of the LAPD officers that beat Rodney King. 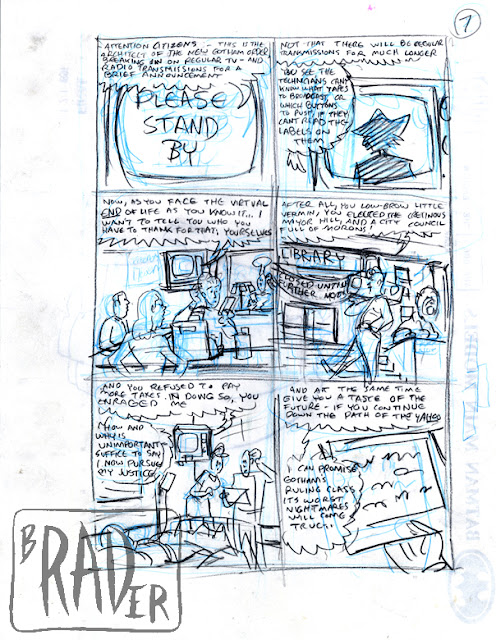 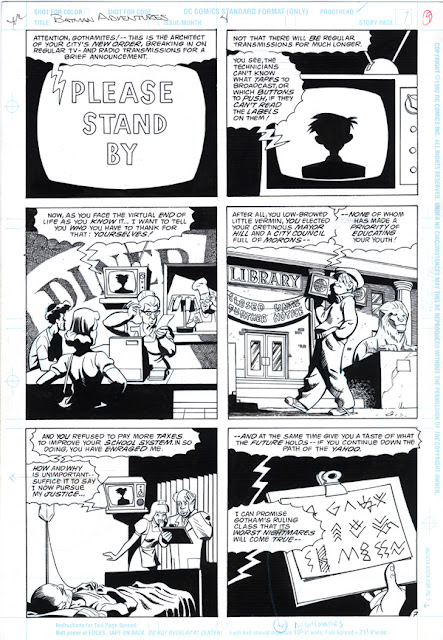 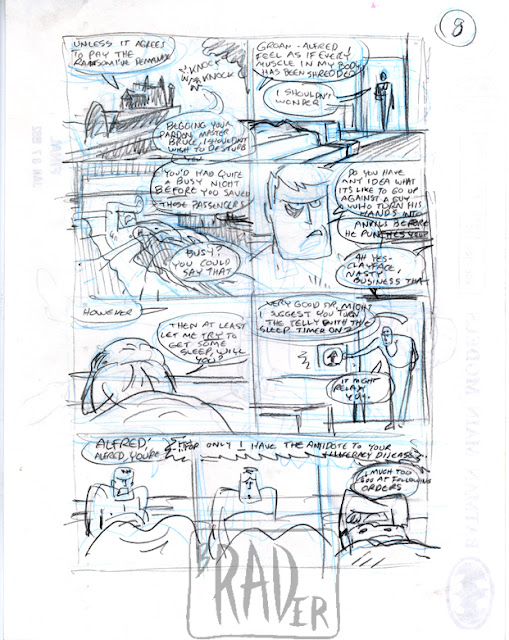 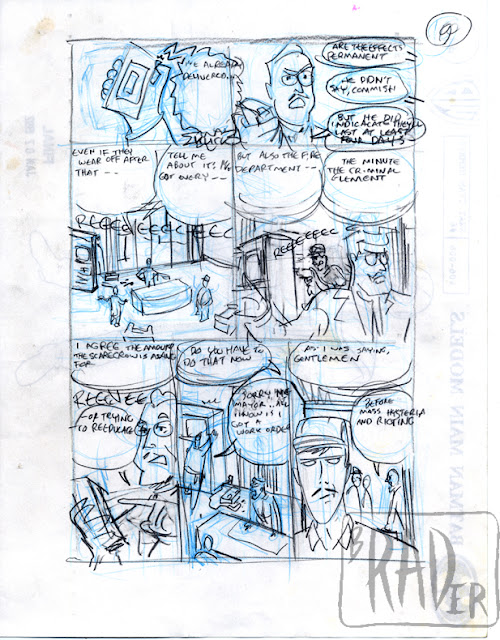