Today I’m posting pages 18 - 20. On page 18, we see members of The Snake youth gang, under the direction of gang leader Mario, planting electronics doctored with the Scarecrow’s malignant broadcasting device (panels 1 & 2). We see a looter grab one of the devices (panel 3) and turn it on (panel 4), broadcasting the signal (panels 5 & 6) that eradicates Robin’s reading ability (panels 7 & 8). 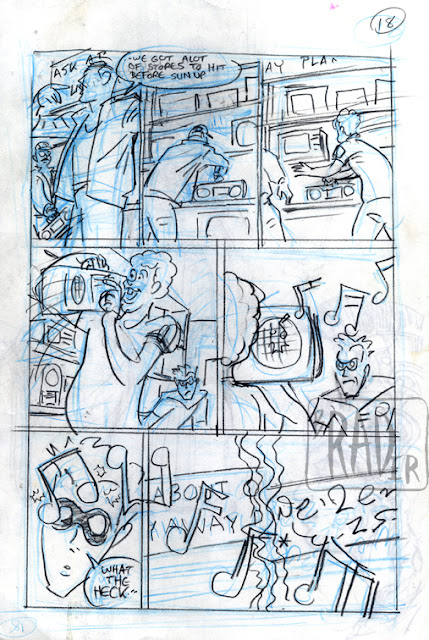 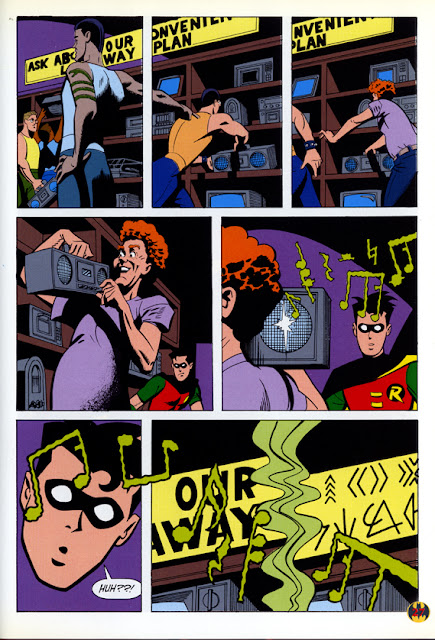 Excuse me while I brag; it took much ingenuity on my part to get all that important information to communicate without the benefit of dialogue. As I recall, Martin Pasko’s script was only partially helpful, though I do give him props FOR playing out the two page looting sequence mostly wordlessly. Frankly, things weren’t helped by the colorist; it would have aided in identifying the gang members as a group if they wore color-matching tank tops (although it also would have helped if I’d made the looter old and fat or a woman and not wearing a t-shirt). 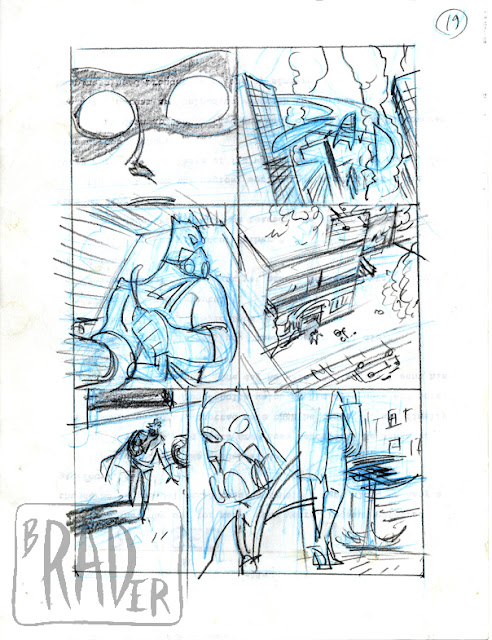 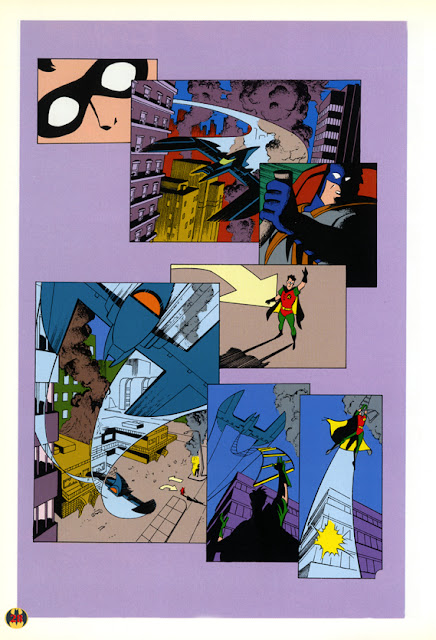 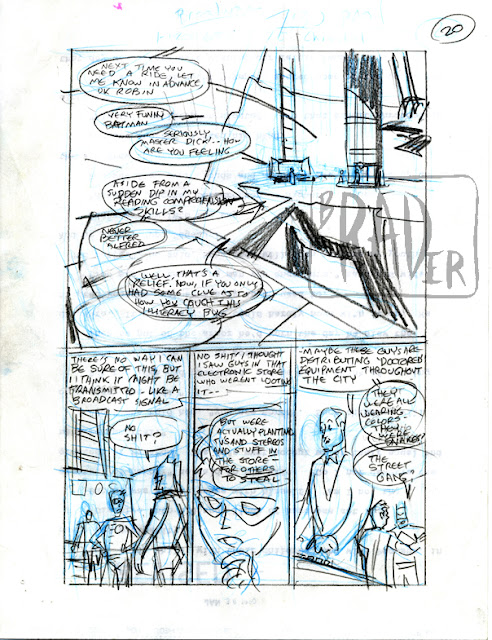 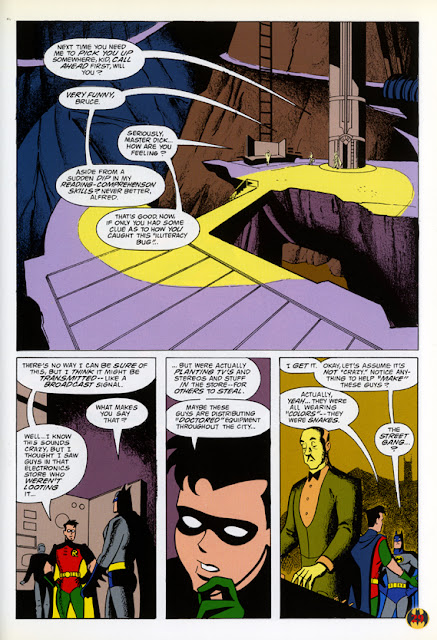 
Alex Toth, and sent him a copy. He humorously called me out for the close up panels of Batman on pages 14 and 19, accusing me of swiping similar panels from his jet fighter comics from the 50’s. I replied that I wasn’t directly swiping; it was only that I’d studied his work so much that I’d internalized it and drew those panels from memory. Though, in honesty, I probably DID swipe them. 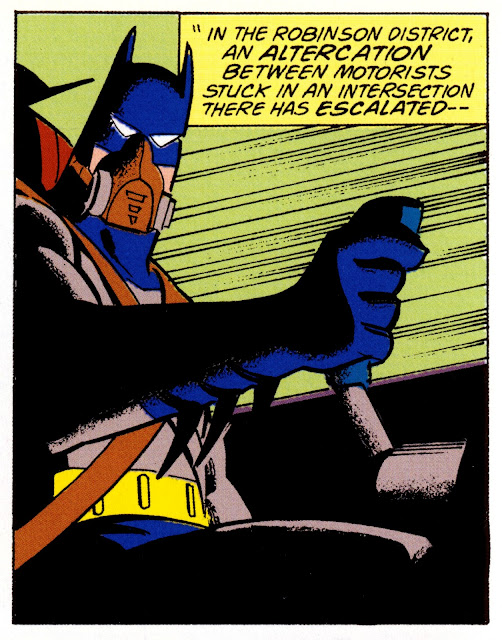 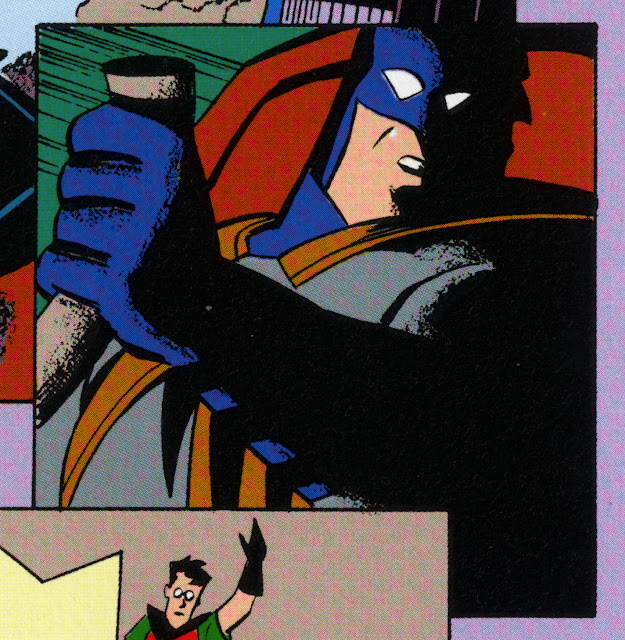