Today I’m posting pages 15 - 17. On these pages it is revealed that the mayhem is cause because the Scarecrow contrived a device that would broadcast sound waves that would blank out the ability to read of all within hearing range. His henchmen in this project was a multi-racial young gang called “The Snakes”. Batman and Robin’s first clue was seeing gang members using the riots as an opportunity to plant electronics doctored with the malignant broadcasting devices. Actually, what Robin witnesses is the curious sight of gang members bringing consumer items IN while rioters are taking consumer items OUT. 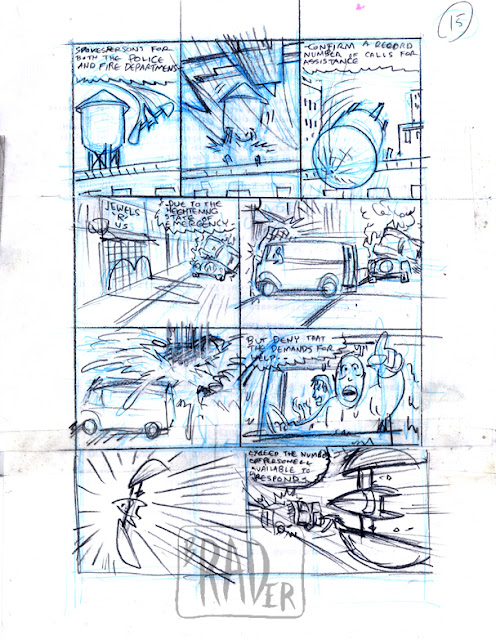 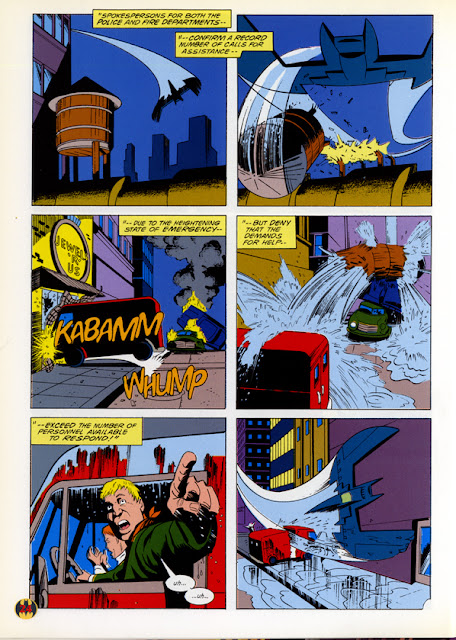 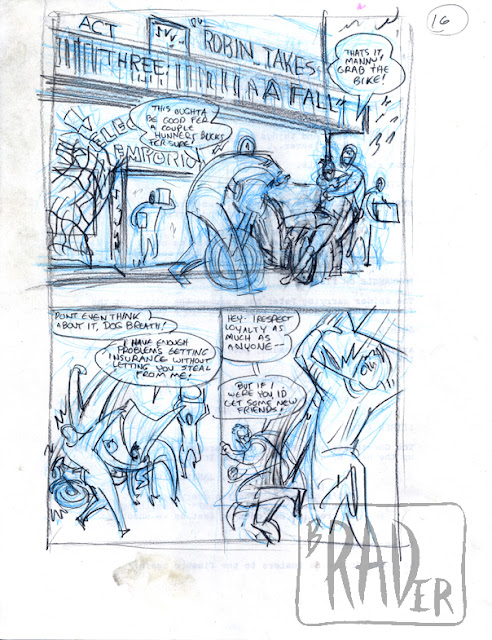 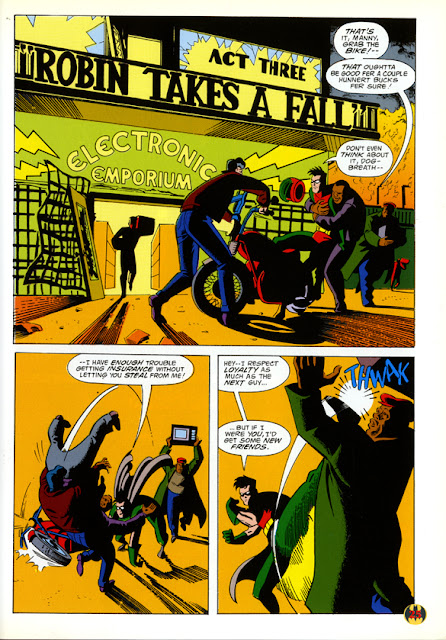 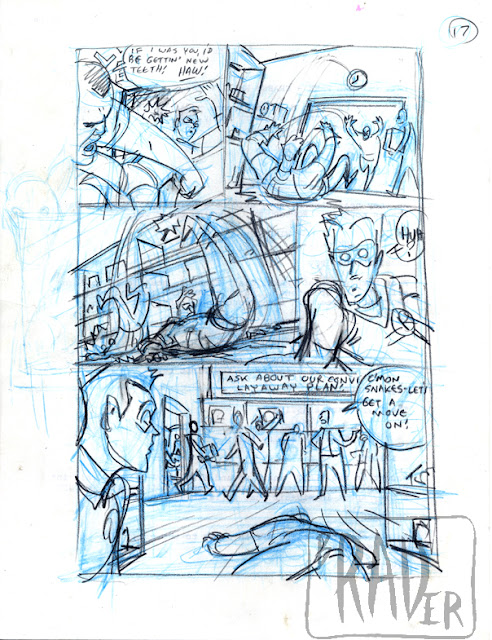 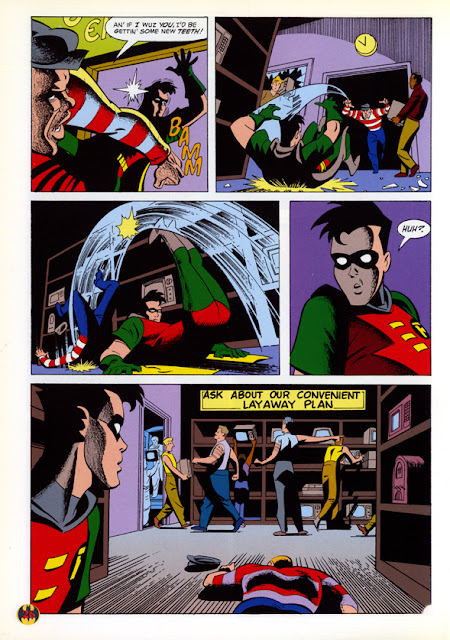