To generate buzz for my upcoming stint at the Long Beach Comic Book Convention of September 17th and 18th, I have been posting scans of my roughs to my first ever professional
comic book assignment, ‘Batman Adventures’ #4, which was published in the fall of 1992, along with the printed pages.
I’m taking a short break before I start in on Batman Adventures #5 to post some character designs I did as aids in drawing the two-parter, “Riot Act”.
Given that I’d been working as a story board artist on the Batman Animated TV series for a  year and a half by the time I landed the gig pencilling the Batman Adventures comic book series, I had easy access to most of the stock incidental characters I needed. Most of the characters  were only seen in one or two panels, except for the members of the criminal gang, “The Snakes” and their leader, Mario.


I think it’s important to design the cast for a new story in advance, so that they are varied and specifically individuated, not defaulting into my stock characters types. Doing them at first as part of a line-up helps me see them as silhouettes in relation to each other, again with as much variety as I can get away with. I drew the Snakes line-up on the back of a copy of Bruce Timm’s inspirational model for The Scarecrow. Since one can sort of see it bleeding through, I’ll post that as well. 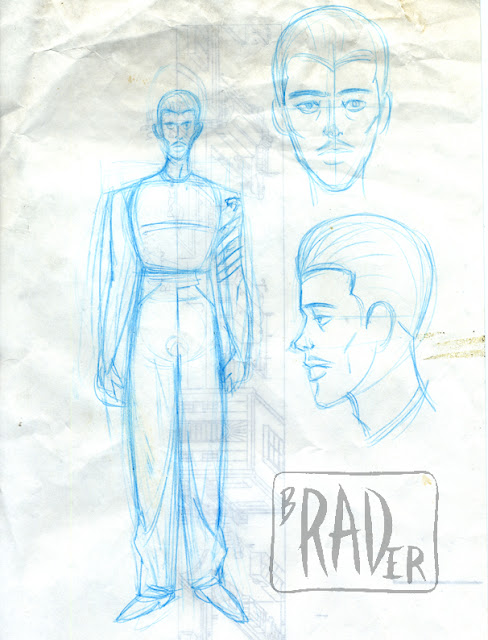 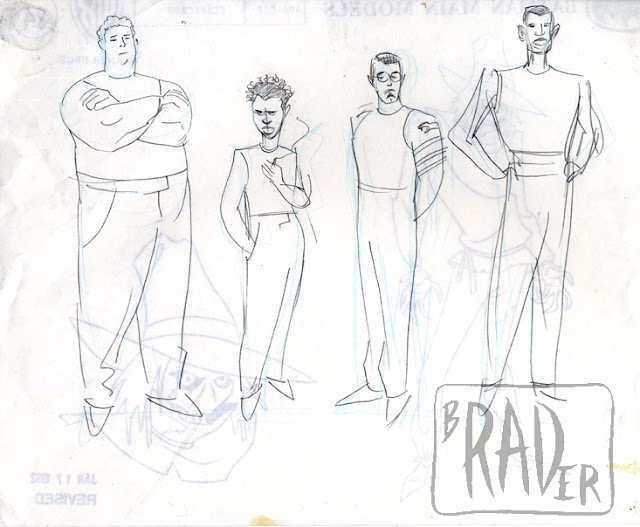 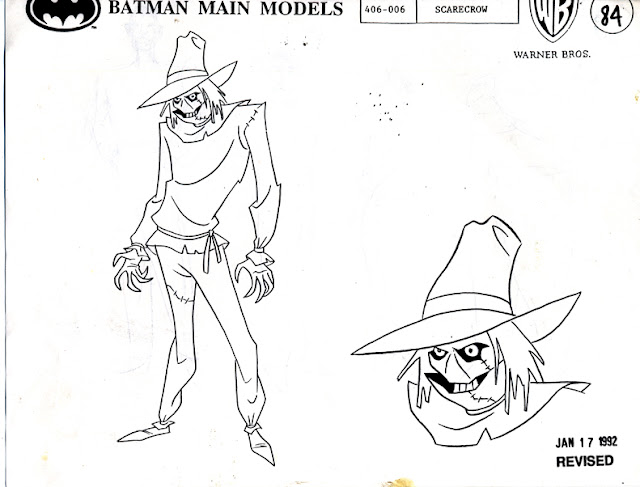