This is page 10 from the story, “Hat Trick”, the third installment in a story continuing from “All Crime Comics” #1 and #2.

I'm posting (over the next 13 days) scans of my original artwork for “All-Crime Comics #3, which was published by Art of Fiction Press in 2014. I’ll be posting my version of the color art alongside the black and white. The publisher decide not to use my coloring. 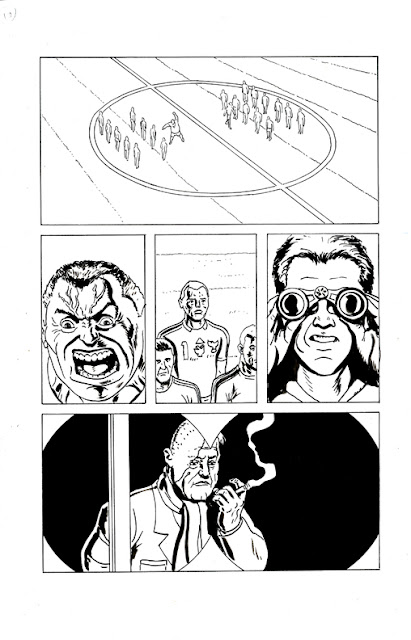 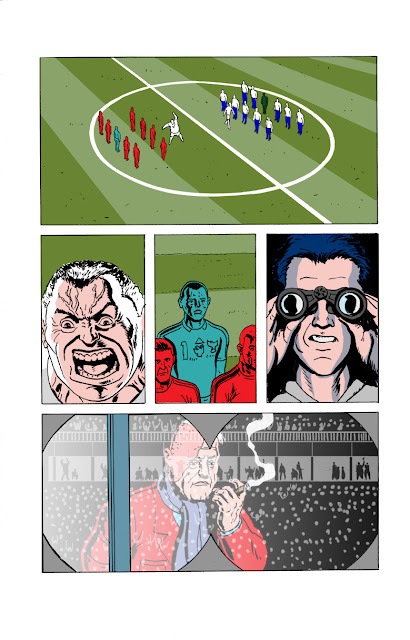 I don’t have much to say about this page; I find it embarrassing.  It advances the plot: Dodger (the character wielding the binoculars in panel 4) watches the match between the Russian and the English Soccer teams. The page is meant to be a series of telephoto lens shots from Dodger’s p.o.v., except panel 4 which is intended to “cue” the rest of the page/panels. It doesn’t work, , because (for some reason I don’t now recollect) I opted to omit the binocular mattes on panels 1 through 3. Minus the mattes we’re left with the perfunctory long-shot of panel 1, followed by an apparently disconnected close-up on the enraged Russian coach and a medium shot of the Russian player who has to sub for the AWOL goalie.
Panel 5 introduces Ruslan Solniev, Russian mob boss and target of the sting Dodger and his gang are trying to engineer (betting heavily against the Russians soccer team then sabotaging them). The panel is a Dodger p.o.v. shot of Solniev looking out the window of his skybox on the other side of the arena. Hopefully the text tells the readers this because one can’t get it from my layouts. Mea Culpa.


Ruslan Solniev is based off the actor, Brian Cox. 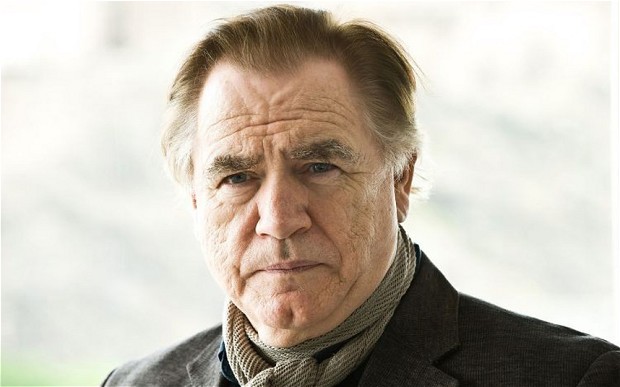