This is page 27 from the story, “Hat Trick”, the third installment in a story continuing from “All Crime Comics” #1 and #2. We return from the extended flashback (which you’ll have to acquire the printed comic to read) in the thick of the action, starting with a tight close-up on Tracy in mid-scream. We cut wider to see her struggling admirably against Solniev’s men, one of whom is pulling out a silencer to shoot Marko, approaching off camera. Panel 3 cuts to the reverse angle as Marko plows fearlessly through the crowd toward the foreground silencer. In panel 4, Tracy brings the back of her fist down on the shooter’s temple, throwing off his aim. Cut back to the reverse angle for a close-up of the shot grazing the side of Marko’s face, causing not the slightest reaction. In the foreground, Marko’s fist is ready to strike a blow that will land on page 28.

What I said in yesterday’s post about invisible cutting applies  here as well.  I set up a shot/reverse shot pattern where an action starts in the even panels and plays out in the odd: panel 2, thug draws gun; panel 3 (reverse angle) aims gun at Marko; panel 4 (back to set-up), Tracy smacks thug; panel 5 (reverse angle) shot goes wide, nicking Marko instead of blowing his brains out.

I'm  posting (continuing over the next 11 days) scans of my original artwork for “All-Crime Comics #3, which was published by Art of Fiction Press in 2014. I’ll be posting my version of the color art alongside the black and white. The publisher decide not to use my coloring. 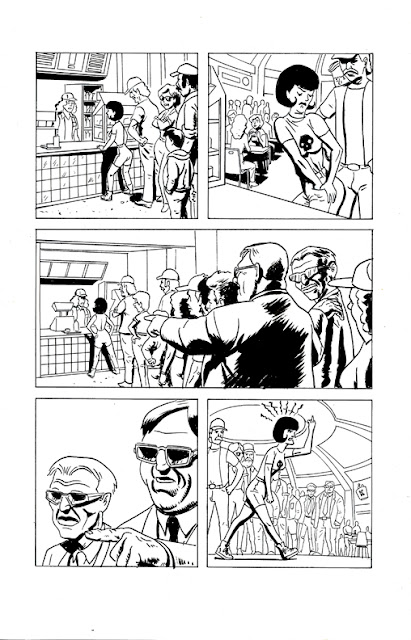 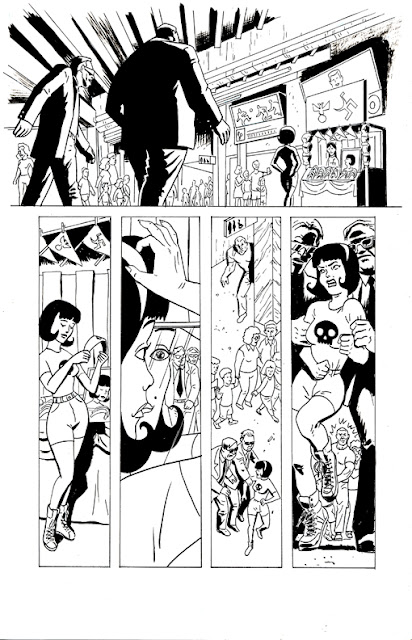 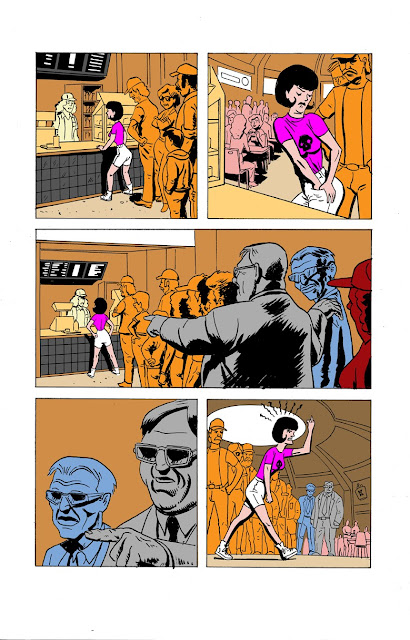 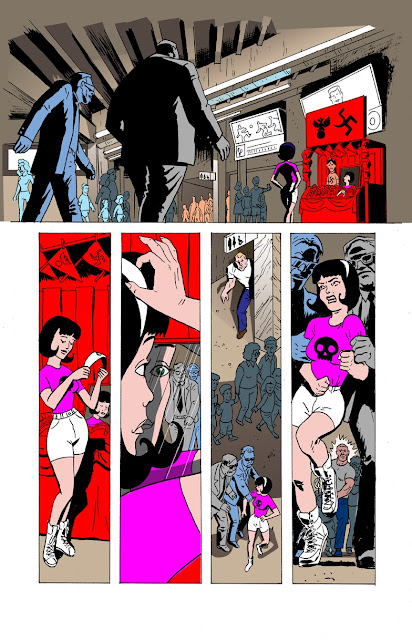