This is one of a series of background designs done by Richard Raynis who you may know of as a producer on many TV series, most notably “The Simpsons” and “King of the Hill”. He was one of the head honchos at Sony Animation back in the 90’s, possibly later. He did these background designs earlier in his career, in 1984 or ’85, for the TV series kid video. I’m starting with this pan BG layout. I’m including several cropped enlargements to focus on details I enjoy that might otherwise go 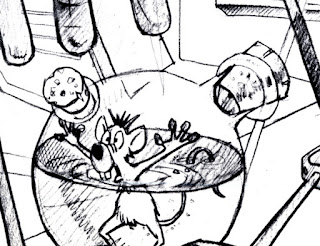 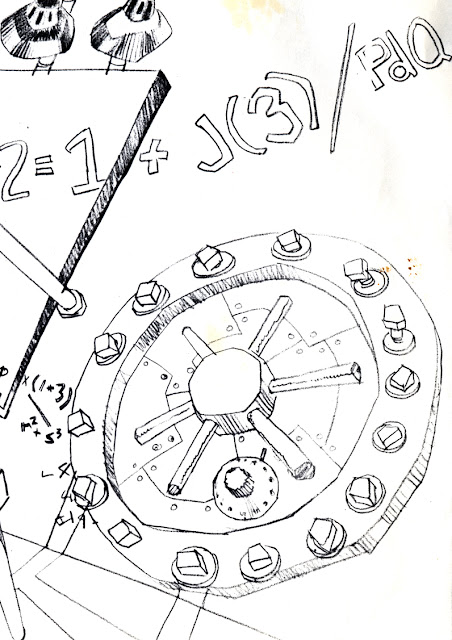 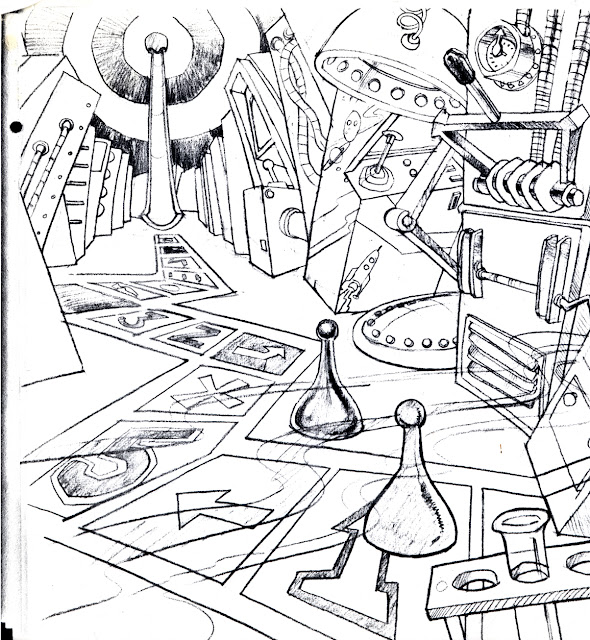