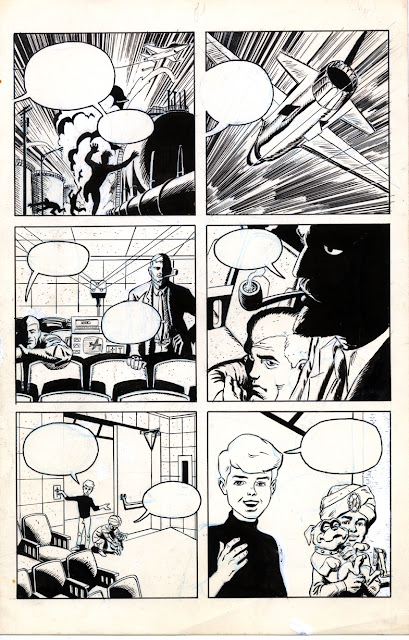 This is page 5 of 5 pages I did in 1986 or ‘87, as samples to help me break into comics. They are adapted from a storyboard I did for “Jonny Quest” in 1986. The storyboards are cleaned up/inked by Joe Pearson, an artist friend who later founded Epoch Ink. I’ll be including the storyboard pages I adapted along with each page of the comic story-fragment.

I inked this page myself. It seems a bit fussy and overworked to my eyes.  As I stated in the previous installment, these pages seem really influenced by Russ Heath. In fact, I think I actually SHOWED these pages to Russ when we were both freelancing at DIC in 1989 (perhaps these pages are of later vintage than I remember). As I recall, he told me the silhouetted figure in panel 1 looked like his back leg was cut off, recommended I find a way to put his foot in the pose. 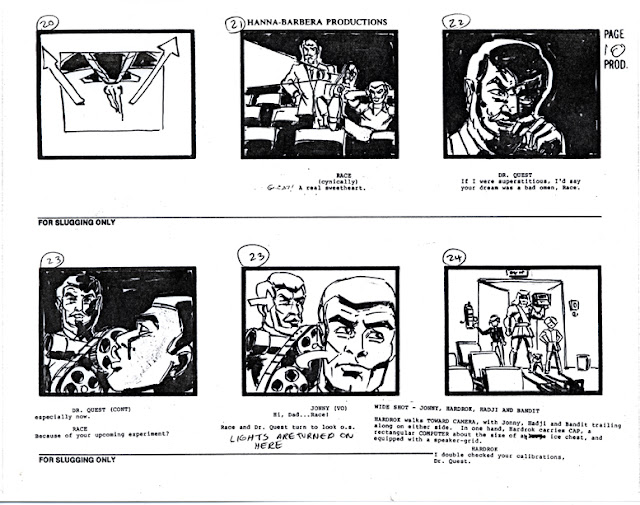 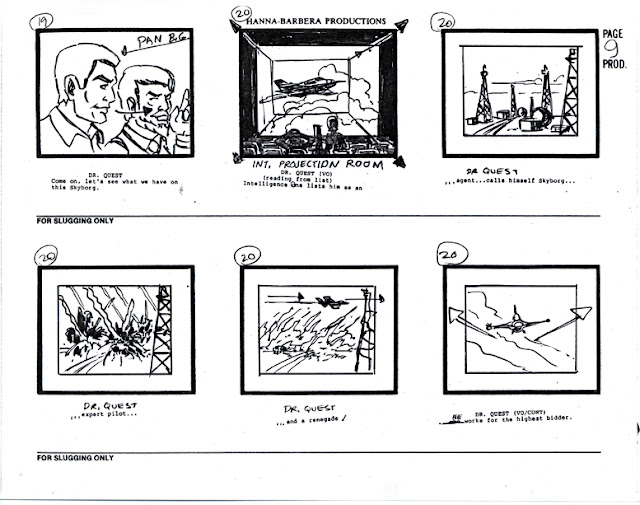 I don't get it. You were showing wonderful stuff like that around 1986-87 and you got rejected while Marvel and DC were using the likes of Todd McFarlane and Rob Liefeld (not to mention Ron Lim). I mean - no wonder the 1990s turned out the way they did for comics.

I agree. When I was a teenager, I dreamed of a career like Neal Adams (or later, Frank Miller) where I could waltz in, take over an existing property (or create new ones), do whatever I thought was neat, and have repeated successes. This is not how it worked out. On the other hand, some people would kill for the career I've had in animation.

And then again, TV animation from the late 1980's on was a very different field from the Hanna-Barbera/Filmation rather lackluster production of the 1970s.