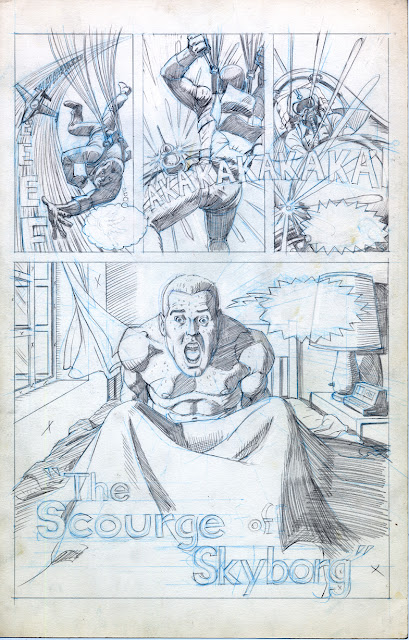 This is page 3 of 5 pages I did in 1986 or ‘87, as samples to help me break into comics. They are adapted from a storyboard I did for “Jonny Quest” in 1986. The storyboards are cleaned up/inked by Joe Pearson, an artist friend who later founded Epoch Ink. I’ll be including the storyboard pages I adapted along with each page of the comic story-fragment.

Two of my primary influences are Alex Toth and Doug Wildey, though one can’t really tell by these samples. In general, I judge them to be stiff, lacking pizzazz. The best I can say for these pages are, they’re clearly readable and the characters are on-model. One can’t really tell from the storyboard either. I was restrained in my storytelling, holding back from the hog-wild anime-isms I was employing at DIC. As I recall, I had just purchased my first VCR in the summer of 1986 while I was doing this storyboard. My first viewings on this new toy were bad dubs (this was back in the day when VHS tapes were EXPENSIVE, so artists would pool money and do multiple dubbings) of “Gogol 13”, “Castle Cagliostro”, “Nausicca” “Crusher Joe” and “Kitaro”. I became an avid convert. (To Be Continued) 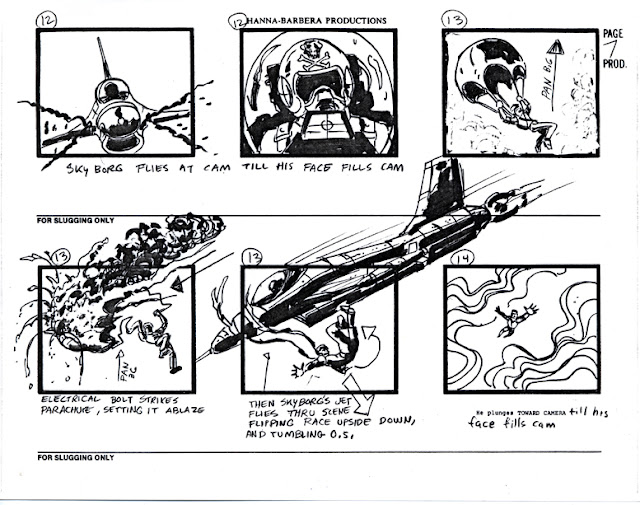 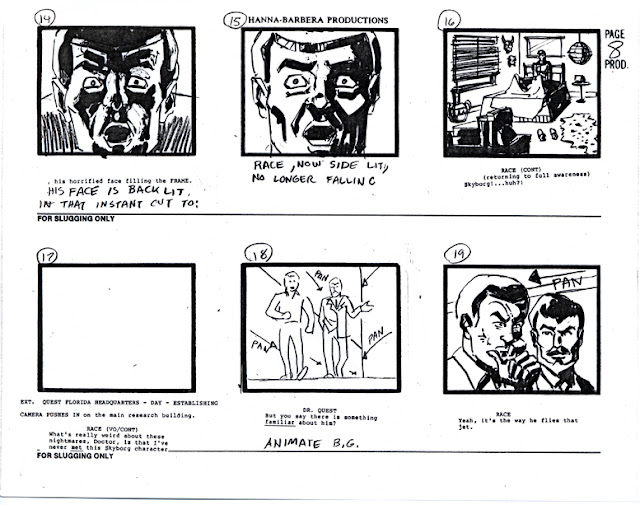