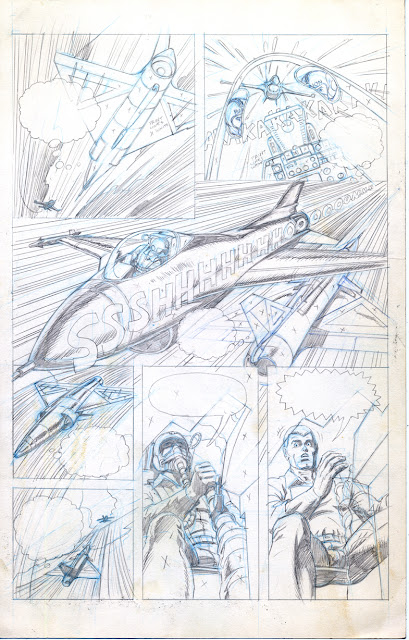 This is page 2 of 5 pages I did in 1986 or ‘87, as samples to help me break into comics. They are adapted from a storyboard I did for “Jonny Quest” in 1986. The storyboards are cleaned up/inked by Joe Pearson, an artist friend who later founded Epoch Ink, an animation studio that has produced “Captain Simian and the Space Monkey’s”, “Roswell, Myths and Legends”, the videos for Pearl Jam’s “ Do the Evolution” and Korn’s “Freak on the Leash”, and the 3D CGI/traditional animated feature, “War of the Worlds: Goliath”, among other things. I’ll be including the storyboard pages I adapted along with each page of the comic story-fragment.

I was seriously influenced by manga and anime when I drew these pages, especially “Area 88”.  One of the editors I reviewed with remarked on the resemblance, adding, “I hate “Area 88””. (To Be Continued) 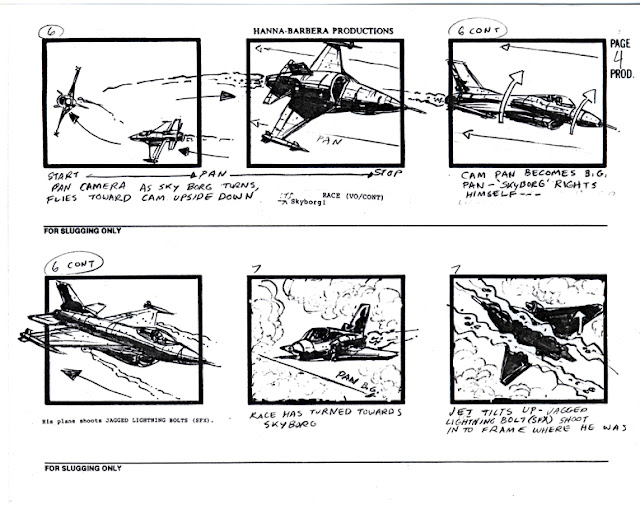 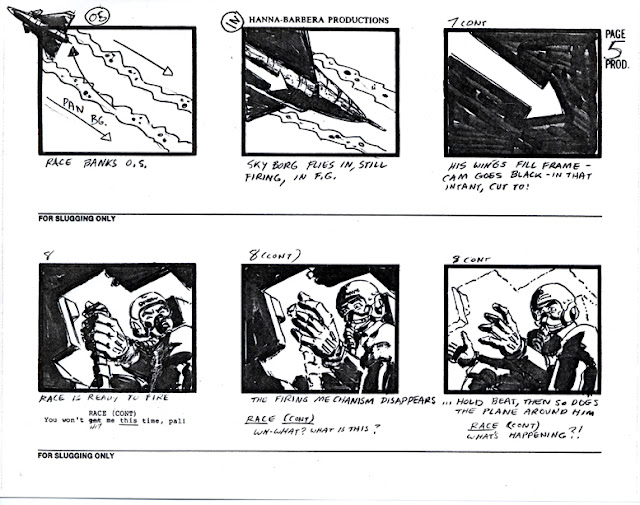