In an attempt to generate interest in my upcoming appearance at the San  Fernando Valley Comicbook Convention on August 16, 2016, I’ll be posting (starting today and over the next 16 days) scans of my original artwork for “All-Crime Comics #3, which was published by Art of Fiction Press in 2014. I’ll be posting my version of the color art alongside the black and white. The publisher decide not to use my coloring. If you want to see the published version, come visit my booth at The San Fernando Valley Comic Book Convention in Granada Hills, on August 16, 2016 and see for yourself.
These are pages 1, and a double page spread of pages 2 and 3.

The story is entitled “Hat Trick”, and it is the third installment in a story continuing from “All Crime Comics” #1 and #2. The narrative takes place in an alternate reality where Nazi Germany and Soviet Russia survived by merging into a single entity, hence the symbol that combines the swastika and the sickle. The main cast, re-introduced on page 1, are a team of grifters out to steal a lot of money at the World Cup Soccer match in “Afrika” (South Africa in our reality). Basically, their plan is to bet heavily against the Russian soccer team, then, through nefarious means, sabotage the Russians. 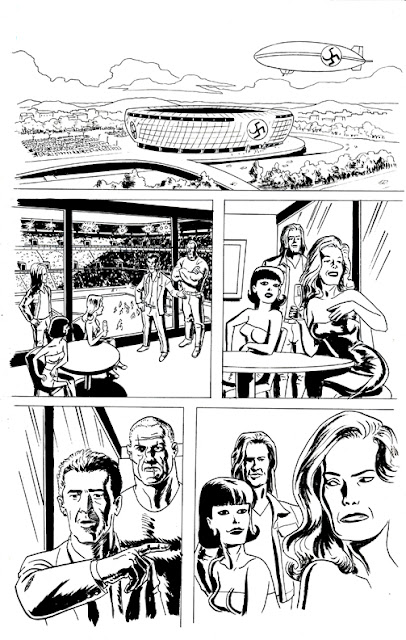 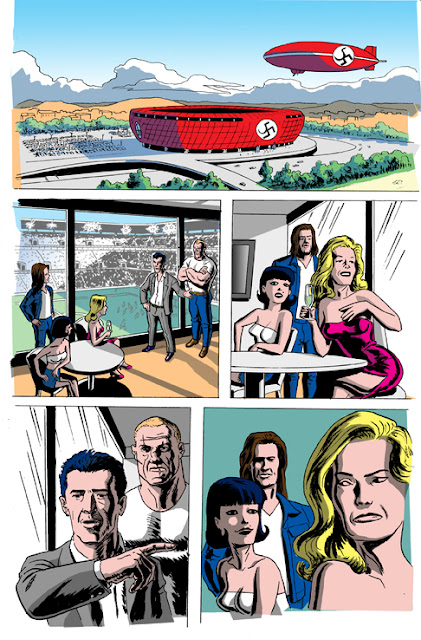 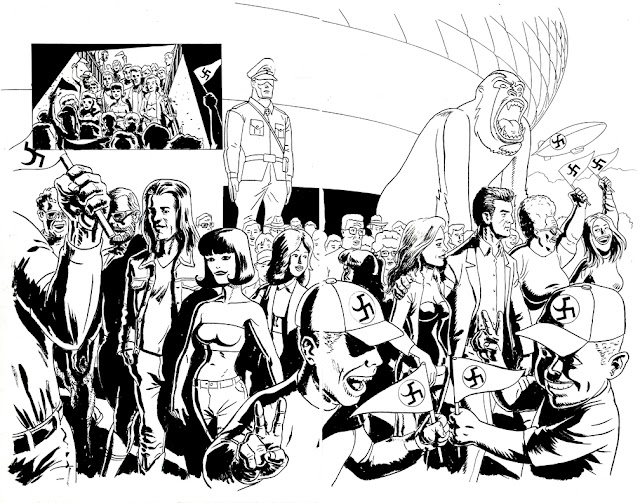 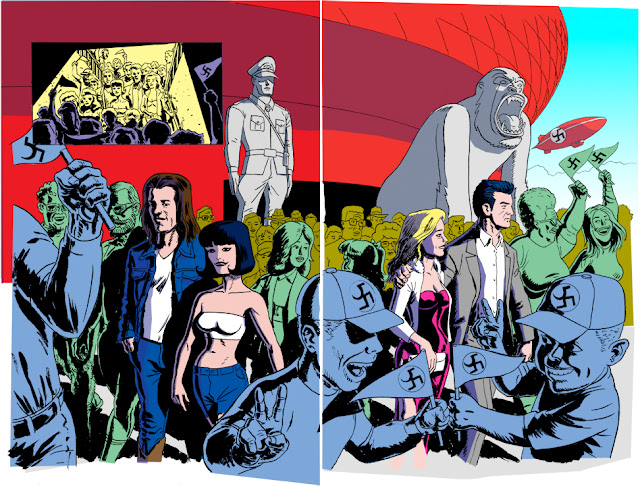