COUNT DOWN! Only 15 days to go until the August 14th San Fernando Valley Comic Book Convention. I’ll be sitting all day at an Artist’s table, selling copies of my published work, original artwork and commissioned sketches. In an attempt to generate interest in my upcoming appearance  I’ll be posting (continuing over the next 15 days) scans of my original artwork for “All-Crime Comics #3, which was published by Art of Fiction Press in 2014. I’ll be posting my version of the color art alongside the black and white. The publisher decide not to use my coloring. If you want to see the published version, come visit my booth at The San Fernando Valley Comic Book Convention in Granada Hills, on August 14, 2016 and see for yourself.

These are pages 6 and 7.
The story is entitled “Hat Trick”, and it is the third installment in a story continuing from “All Crime Comics” #1 and #2. In these pages, Tracy accompanies the Russian Soccer players back to their hotel room, promising them hot, probably underage sex. Since she’s a con-artists, she has them send out for room service which, which turns out to be her cohort-in-crime, Marko (also Russian). Needless to say, the Russian players won’t be making it to tomorrow’s match. 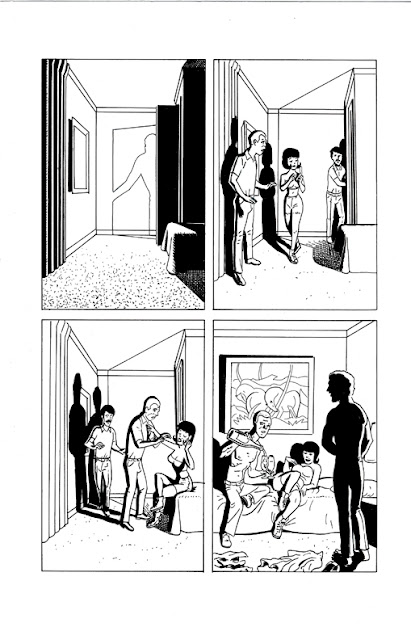 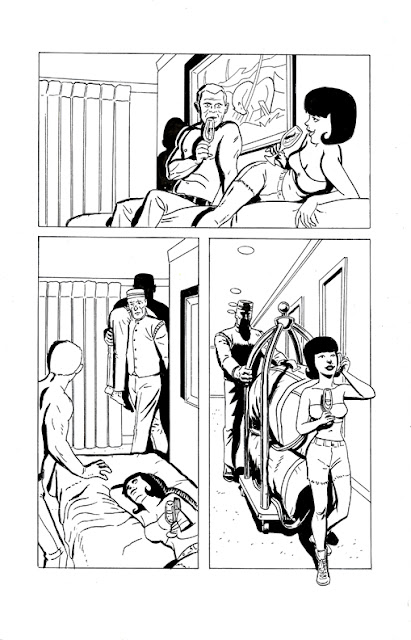 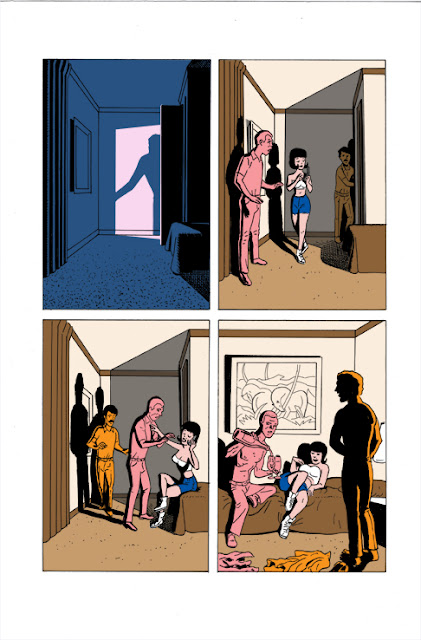 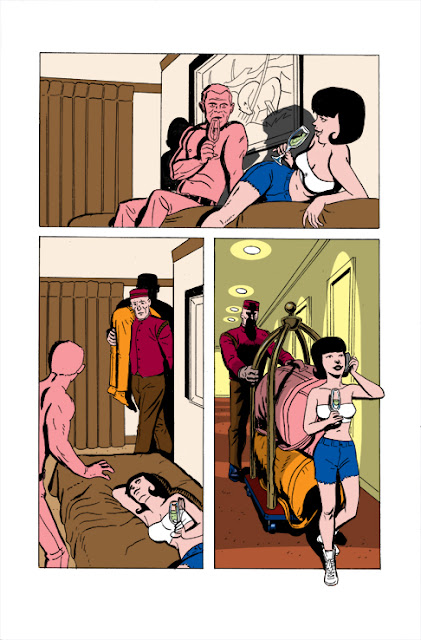