From the archives: Page 1 from a 4-page adaption of a storyboard I did for Marek Buchwald in 1990. Marek had been the background designer or director on several series I had story boarded at DIC in the late 80’s (ALF, ALFTails, The Real Ghostbuster, Kidd Video, Little Golden Book Land, Maxie’s World).
This storyboard was for an episode of the TV series, “Long Ago and Far Away”. To quote Wikipedia; “’Long Ago and Far Away’ is a television series that aired on PBS Television from 1989 to 1993. 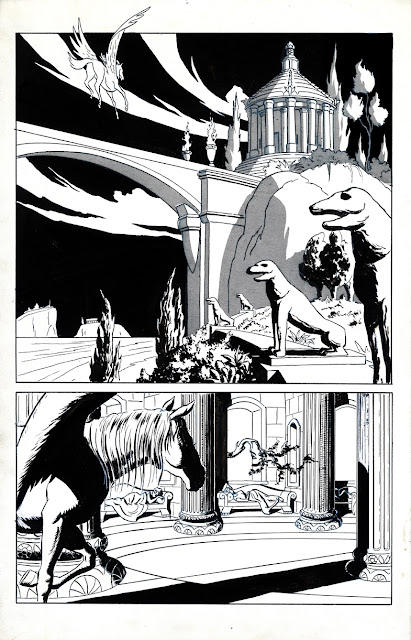 “The series, aimed at children aged six to nine years old, presents stories based on traditional fairy tales. A number of presentation methods were used to tell these stories, with stop motion animation, live-action or cel animation being used depending on the episode.
“(The series)…featured a number of guest narrators, including… Mia Farrow (who narrated “Beauty and the Beast” and Pegasus)”
“Pegasus” was #20 out of 31 episodes.
The episode’s soundtrack can be heard at https://www.youtube.com/watch?v=Kv6qcKG61bc 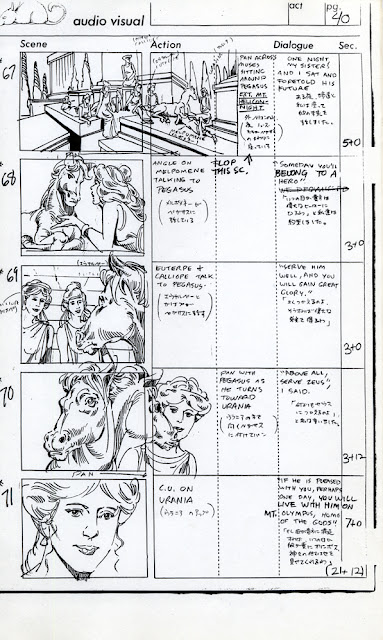 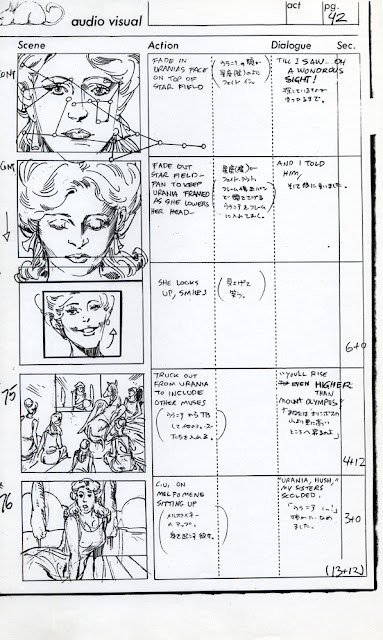 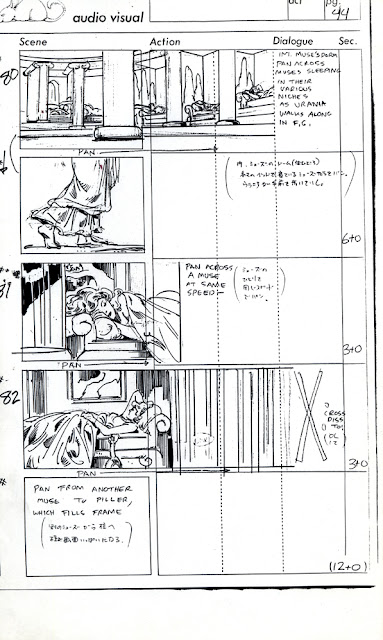 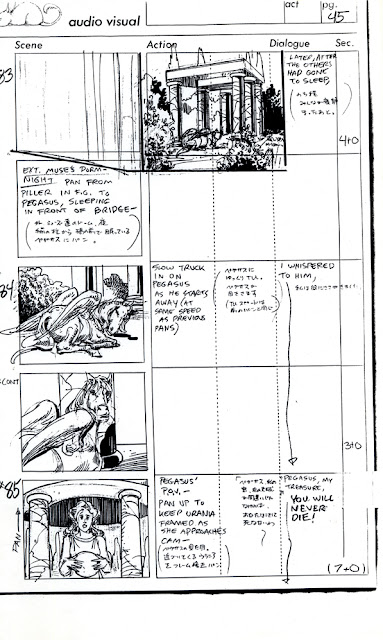 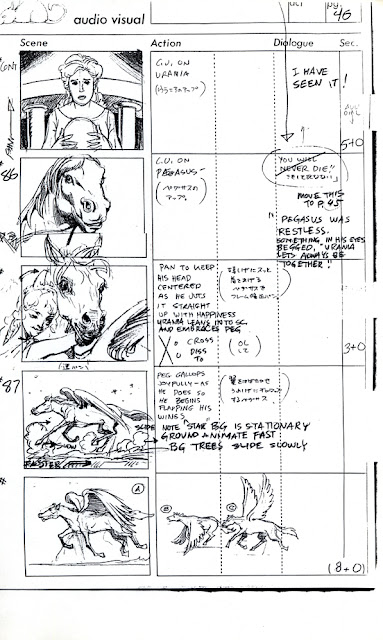 I am including my storyboards off of which I based this comic-book page. (To be continued)
Posted by Brad Rader at 6:46 PM