We are still in the gap between pages #1 and #2 of my 5 page pitch to DC Comics for a Batman comics project based off the TV series (back in 1992, probably). The storyboard pages in this post are by me, not Kevin Altieri (my Batman Animated unit director) as in my previous 2 posts. 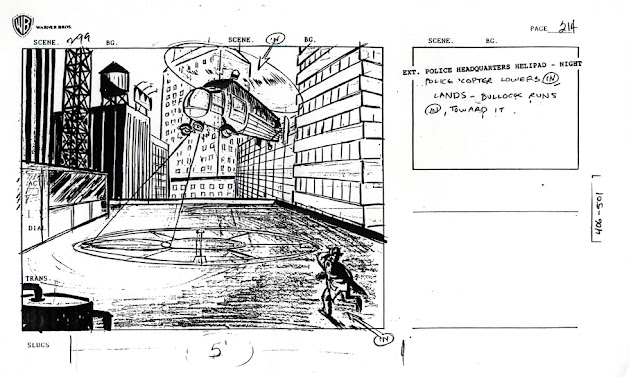 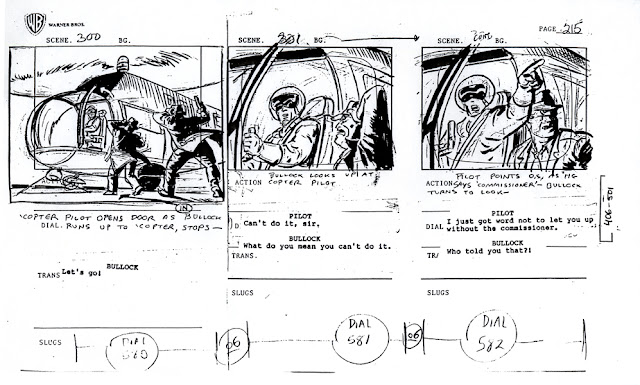 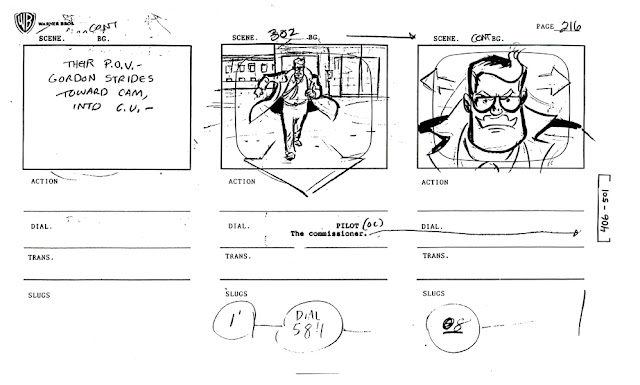 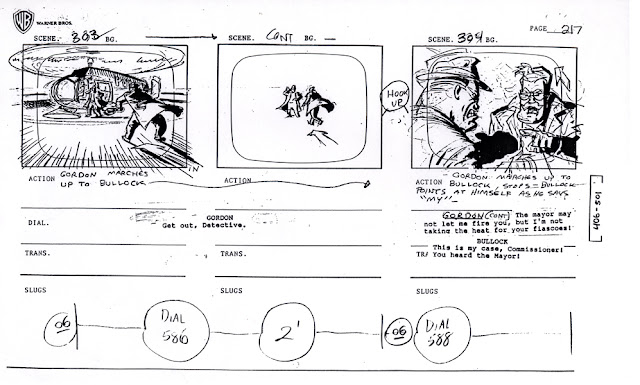 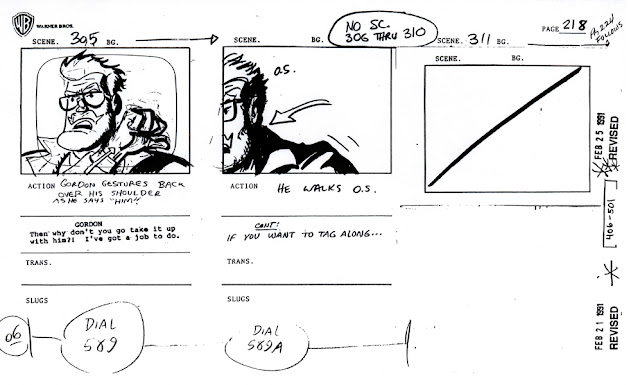 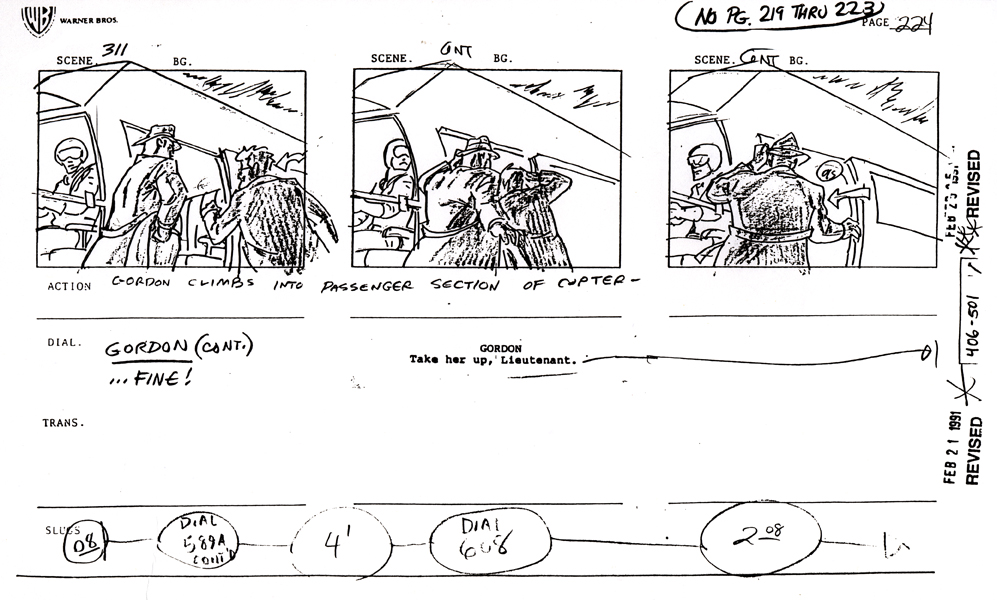 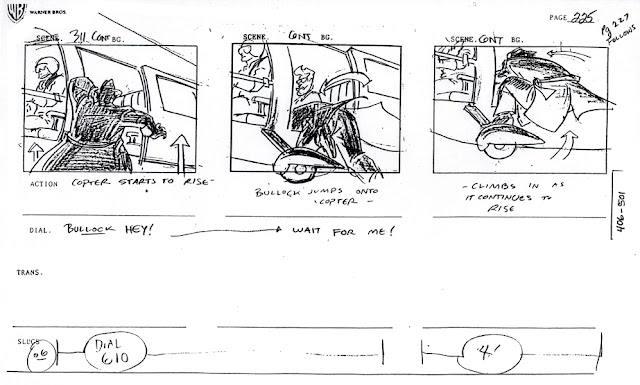 Actually, as I recall, Kevin was slated to storyboard the entirety of Act 3 (which this sequence is from) himself, but couldn’t handle being both a director and a full staff storyboard artist (go figure) so he tapped me to take over and do the “Manbat Drags Batman through the skyscraper”  (next post) sequence.  I was petrified of boarding such a difficult subject, but Kevin dismissed my fears and threw me in on the deep end, so to speak. (To Be Continued)
Posted by Brad Rader at 11:02 AM