This is the third page of my 5-page pitch to DC Comics, in 1992, for a Batman comics project based off the TV series. I’m including the storyboard pages from which it was adapted. Bruce Timm’s hand can be seen in this storyboard sequence, as he took it upon himself to ink several of the Batman and Man-Bat figures. At this late date (24 years hence and given the crappy quality of the source copies) it’s hard for me to tell which clean ups are his and which are mine, especially since I was doing my best to imitate his style. 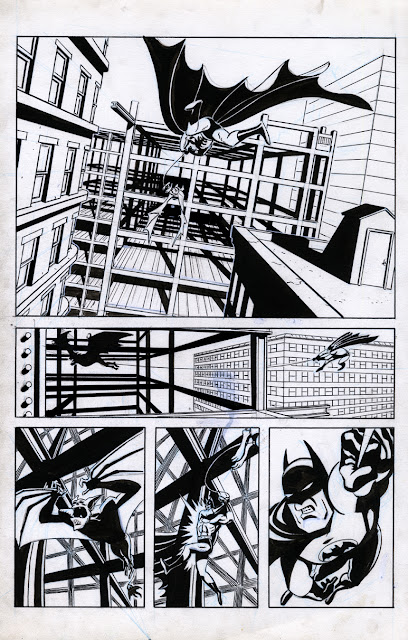 This blog series “On Leather Wings” may be of interest to artists interested in working both as animation storyboard and comic book artists. The two fields are related but not the same, and artists frequently have difficulty making the transition. In adapting this storyboard to the comic book format, I made several deletions and conflations for time/space considerations (in comics, space on the page functions as time does in film). In general, I’m not a fan of the Bernie Krigstein “break up the all the action beats into tiny panels” method of comix storytelling; I’m much more interested in seeing many beats I can combine/cram into one panel. However, in animation, this “breaking apart and separating” action beats is a necessity for clarity and audience manipulation (unless one is trying to be confusing or ambiguous, which is another story).

Also, I hoped that this 5-page sequence would be fleshed out into a full adaptation of “On Leather Wings” (the first episode of the Batman Animated TV Series), which meant that I had to keep it as concise as possible. 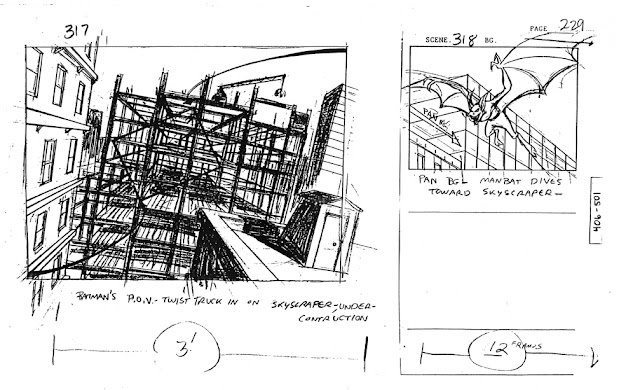 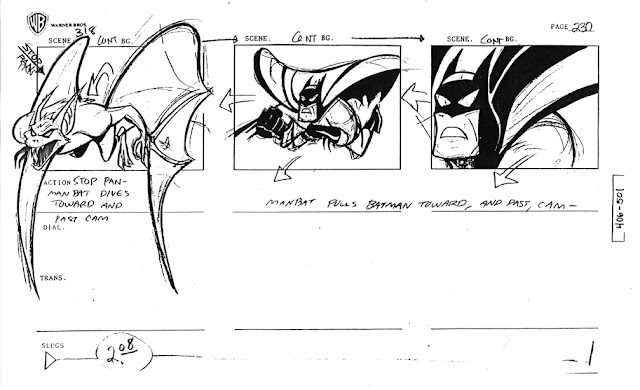 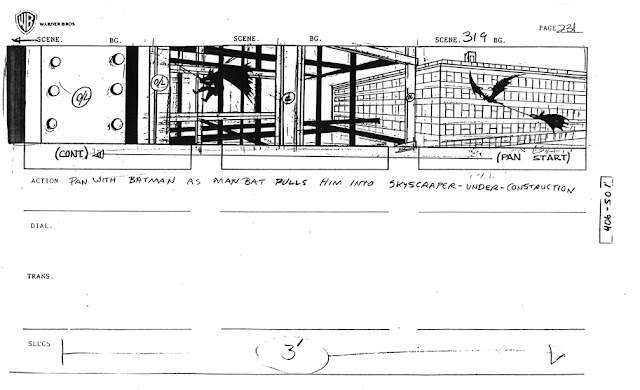 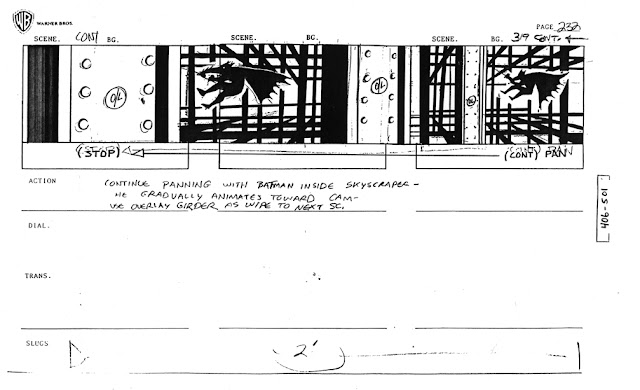 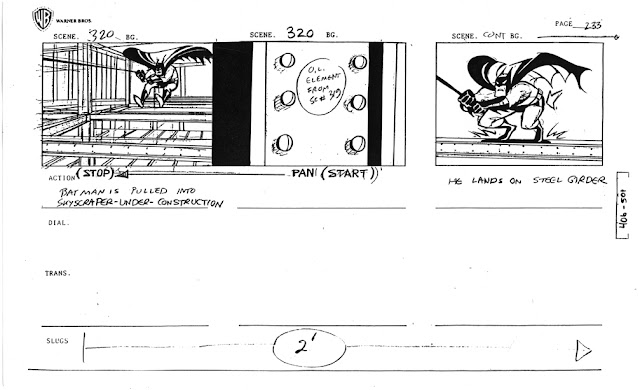 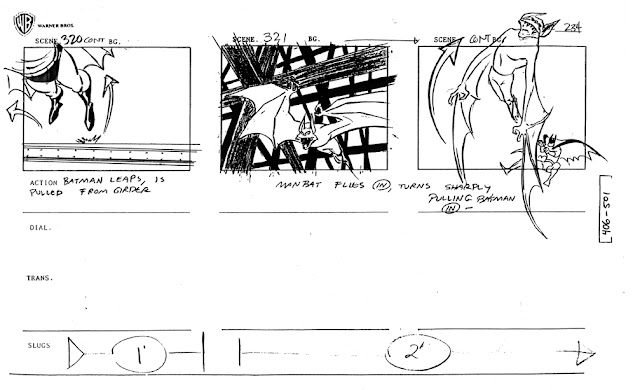 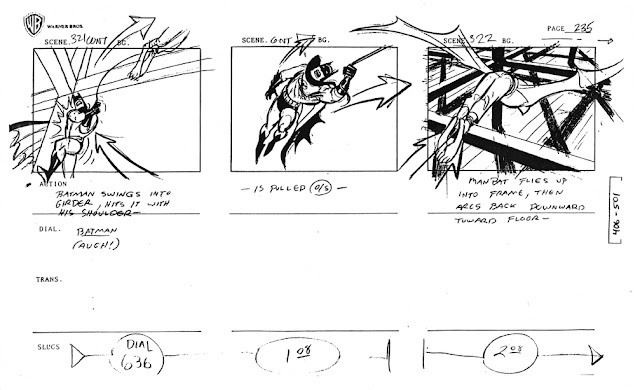 (The point was moot; when I suggested it to Scott Peterson, the editor on “Batman Adventures”, he informed me they had a policy against adapting TV episodes in the comic.)