This is another recent acquisition, from the same auction in which I won the Gil Kane pages a couple of week ago. This is a “Rex Morgan MD” daily from October 11, 1957. My attention was caught be the depiction of cars in panels 1 and 2, but the longer I look at it, the more I like it in general. The artist, Frank Edgington, is being very cinematic in the way he starts out with a slightly elevate long shot in panel one, then fluidly lowers the camera to a reverse angle at Rex’s eye level (keeping the B.G. cars consistent between the two panels. Edgington cuts, in panel 3 to a dramatic two-shot of Rex striding with manful determination past the worried nameless foreground female, with no B.G. but it’s not really needed though it might have been nice… the top of the car roofs and low brick wall seen in the bottom third of the panel could have been sweet.

As I said, what caught my eye was the car layouts in panels one and two; beautiful, simple, confident spotting of blacks in both the cars and the figures. I especially like the woman’s cast shadow across Rex’s chest in panel two. I love the folds on the woman’s arm in panel three as she reaches across herself toward Rex. And check out the pattern on Rex’s suit as the camera moves closer in each successive panel. Very simple, clear and effective. 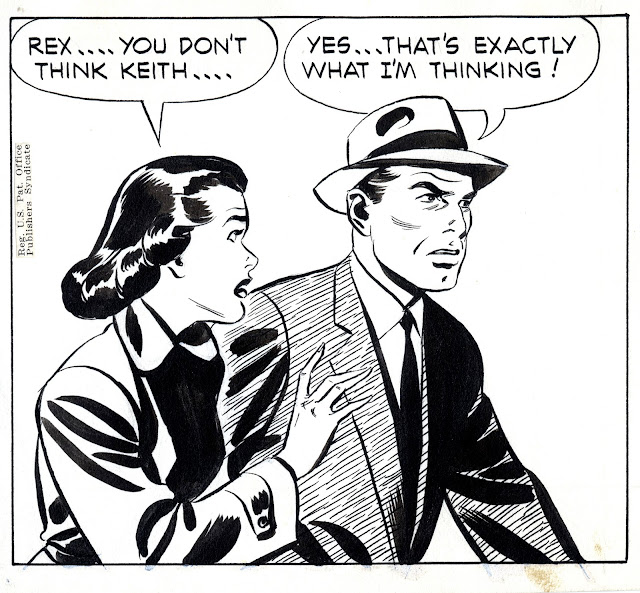 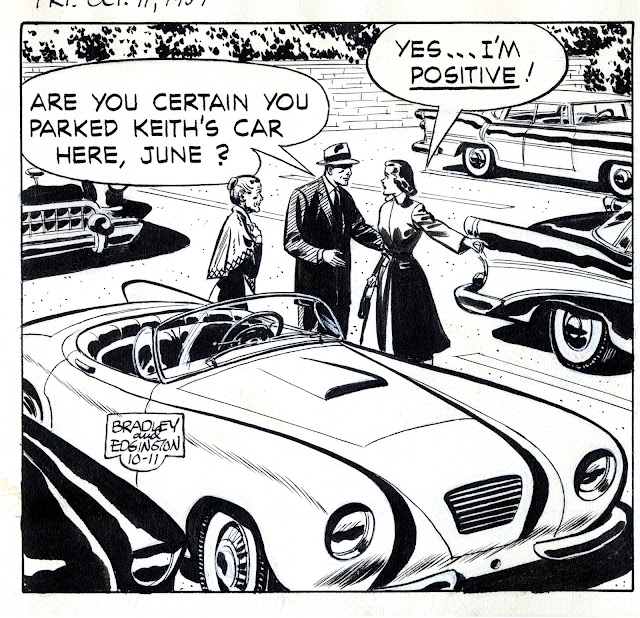 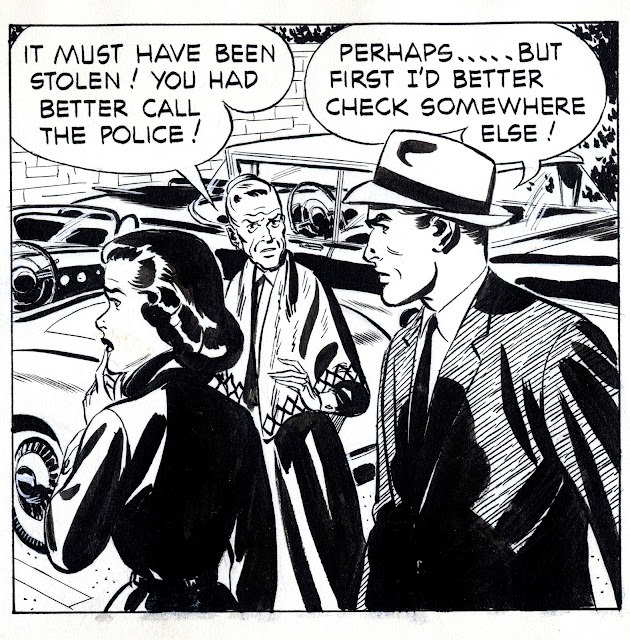