Page 16 was really difficult. The plot out line by the series writer, Mike Barr, called for The Mark to jump out of the laundry truck and throw it at the crowd of on-coming soldiers. The soldiers fire on the truck, hitting its gas tank, which catches fire. The burning truck’s momentum carries to a nearby power station where it collides and explodes at the top of Page 17. 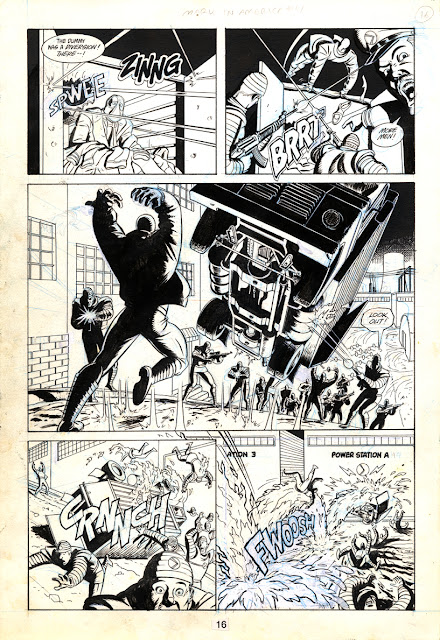 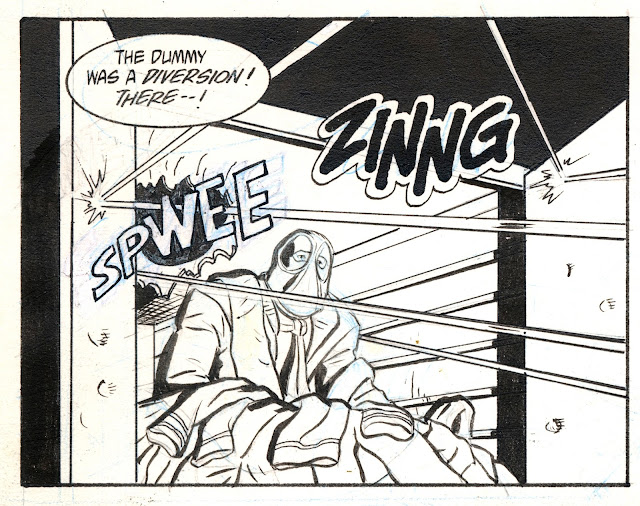 Panel 3 took two days all by itself, two miserable days where I repeatedly asked myself how Alex Toth would have handled drawing the underside of a truck. I toyed with the idea of filling it in with black, but suspected it would look shitty and, if so, be really difficult to correct. Part of the problem was, I had only toy cars as reference, so I had to fake it as best I could. I had to draw it in perspective, and light it. It turned out really well, and color copies of the printed page went into my portfolio for a while. I think it has a real feel of weight, of heft. I almost feel sorry for the fascist soldiers about to be crushed. 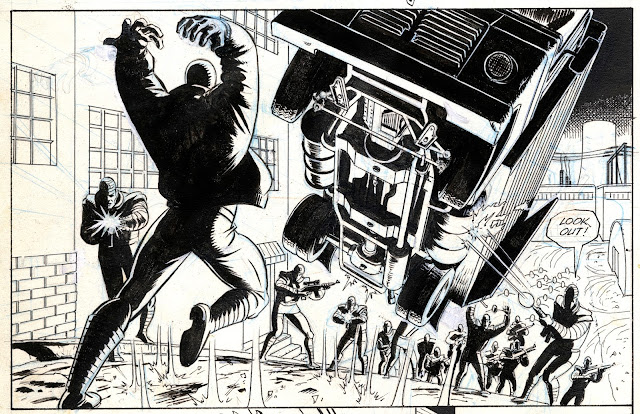 It (the felt weight of the thrown truck) also helps “sell” the truck tumbling down the hill and crashing into the power station at the end of the street (panels 4 & 5), the punctured gas tank catching fire in the process. 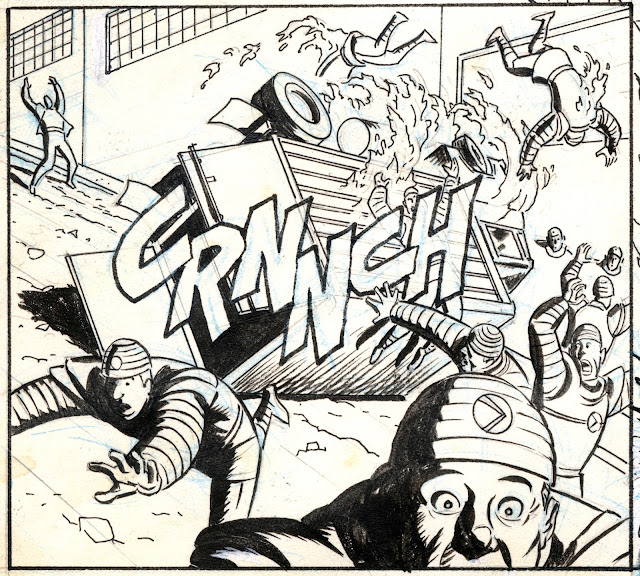 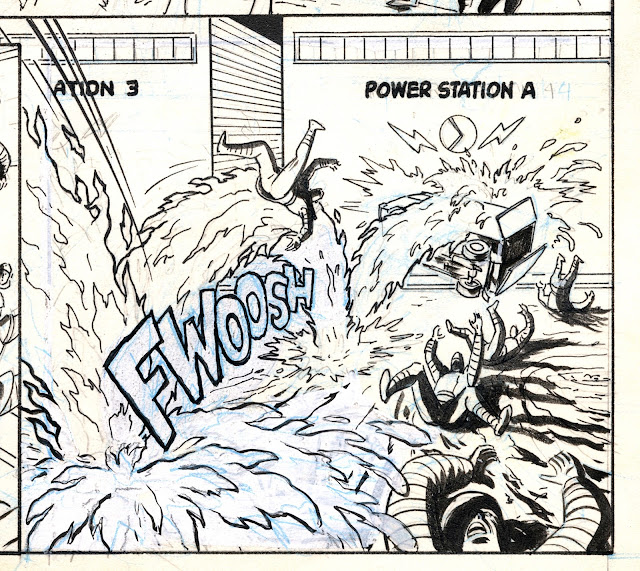 The explosion in page 17, panel 1 is swiped from Swamp Thing #. I’m including a scan of the original version, by Bernie Wrightson. 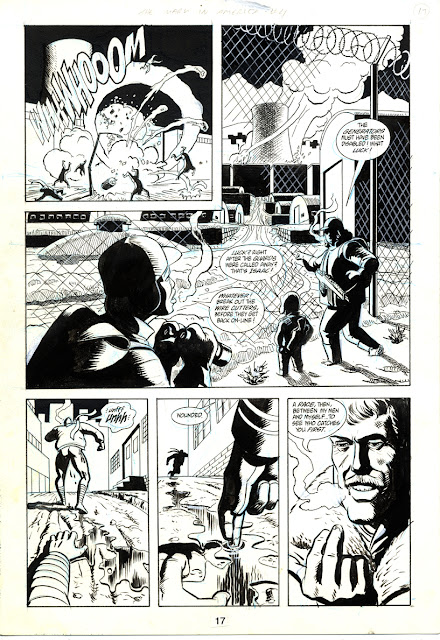 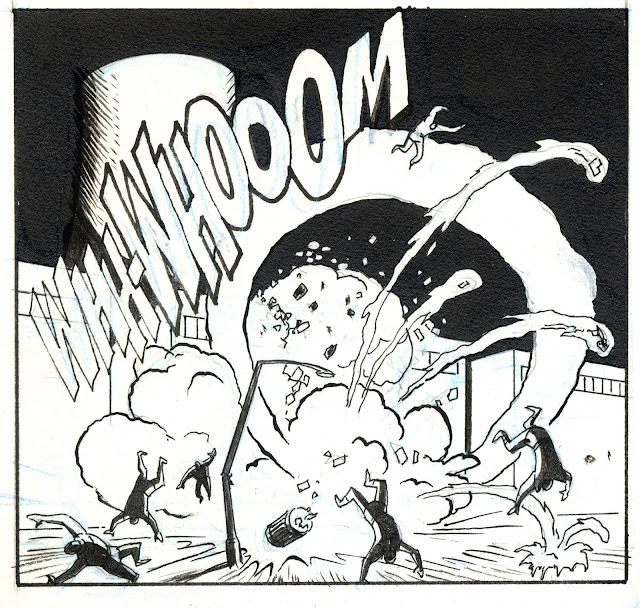 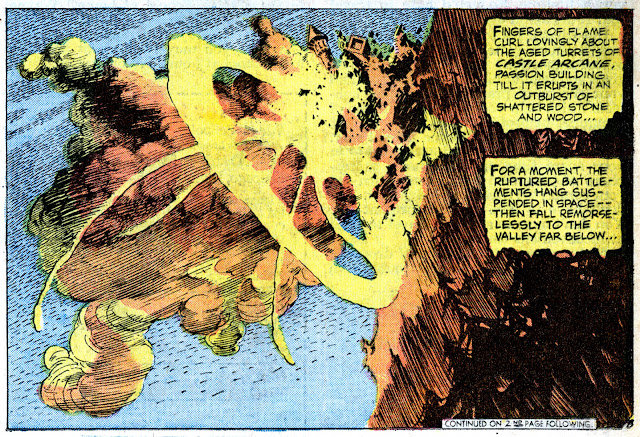