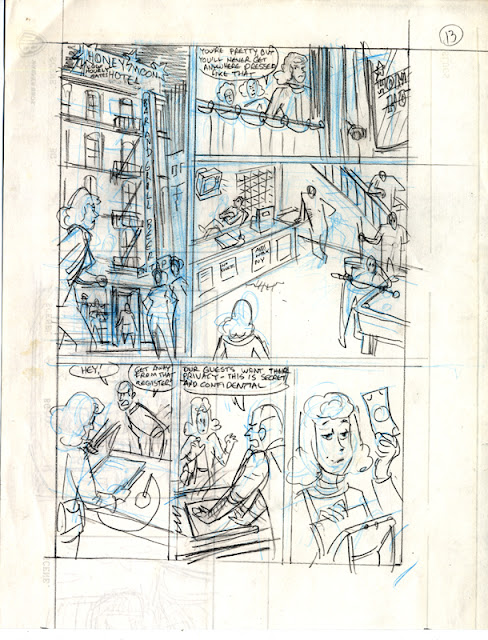 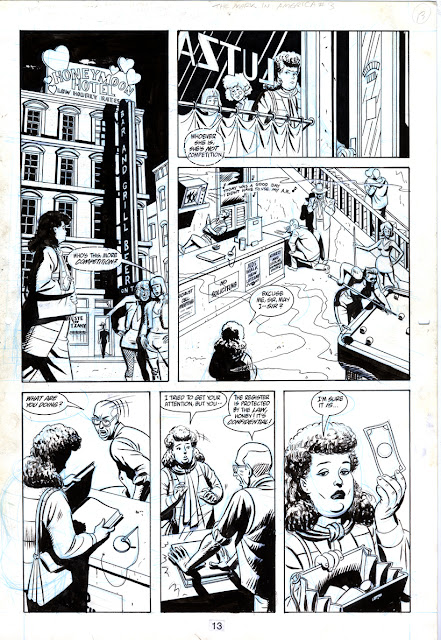 The facade of the Honeymoon Hotel, hide-out of Helda, about to be visited by Lisle, is swiped from “Fall Guy”, first printed in “Shock Suspense Stories” #12, published by EC Comics in 1953, illustrated by Wally Wood. As I recall, Mike Barr’s script referred vaguely to the hotel being a den of iniquity in the bad part of town, so I had fun, in the establishing panels 1 and 3, thinking of possible stereotypes to plug in. For instance, in panel 3, I asked my late husband, John Callahan, what sort of MTV video the concierge might be watch (sex drugs and rock n’ roll, you know). John suggested “I had a good day today” by NWA, of which he was a big fan and I was mostly unaware. 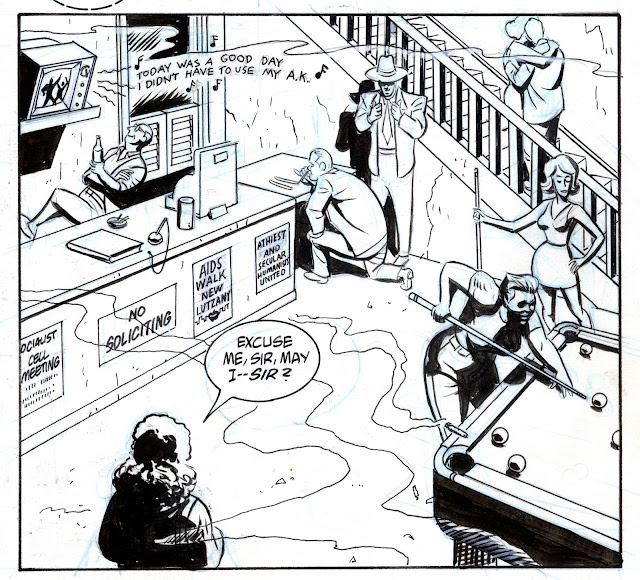 This is page 13 for "The Mark" issue 3, volume 2, otherwise known as "The Mark In America", published by Dark Horse Comics in January 1994. Written by Mike Barr, Drawn by Brad Rader
Posted by Brad Rader at 10:10 PM