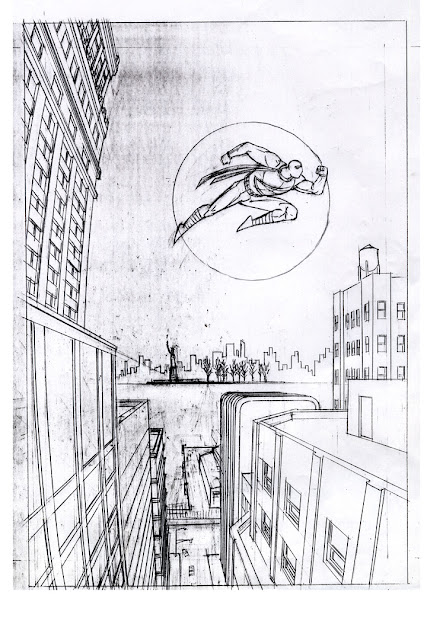 This is the cover for The Mark, issue #3, Volume #2, also known as “The Mark In America”. The first image is my original pencil design for the cover; the second is the design as printed. The cover was painted by Jim Rhon, creator of “The Holo Brothers”. 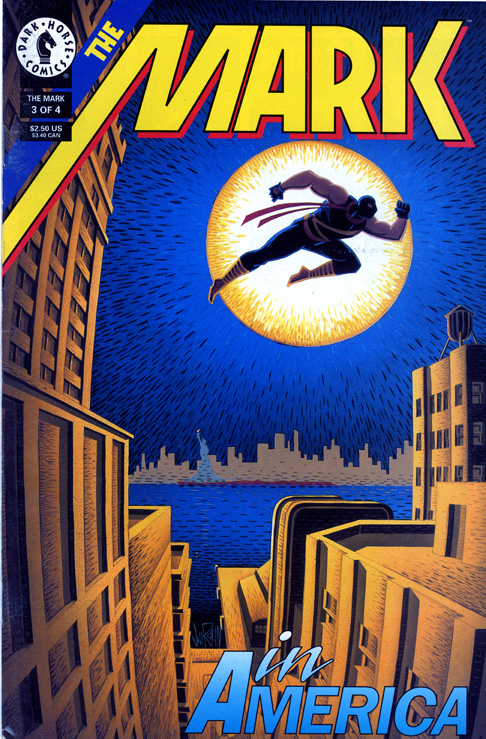 When I drew this cover I was going through my “fish-eye lens” phase; i.e., I frequently drew my compositions as if I was photographing them through a fish-eye lens: as ones “eye” moves away the image’s focal point it’s perspective become more of an upshot/downshot/side angle. I felt this was more the way the human eye actually works if one pays attention to what one actually sees when one is looking at something. 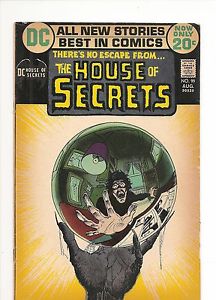 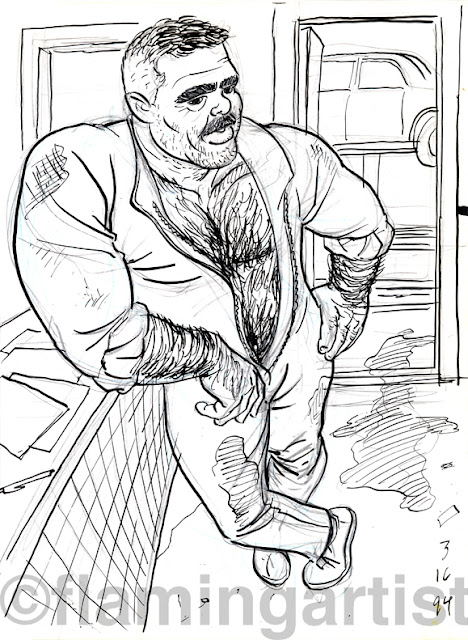 I later abandoned this technique as being rather distracting. In fact, since I’ve been storyboarding for the last 10 years on “King of the Hill” and “Bob’s Burgers”, I’m using a composition existential philosophy directly opposed to “fish-eye”: everything is flattened out, the horizontal lines of perspective are ALWAYS parallel, and, as much as possible, the “camera” avoids looking into depth. 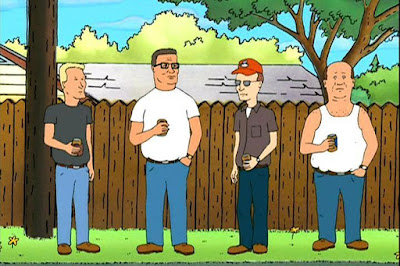 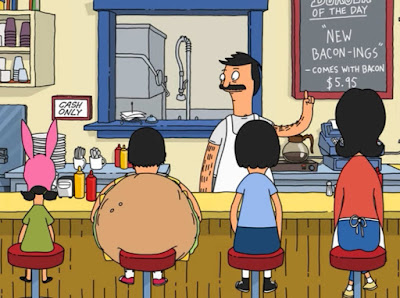