This is page 2 of the walking tour of “Little Lutzany” sequence, in which we follow Janos and Lisle Burovnik as they lead The Mark (in his civilian identity) on a stroll around his new possible home. Mike Barr, the writer, conceptualized the district as a time capsule of Lutzany prior to the rise to power of the Archon. Basically, I used Greenwich Village in Manhattan as my template. I had to pay a lot of attention to the backgrounds since that was the entire point of this sequence. 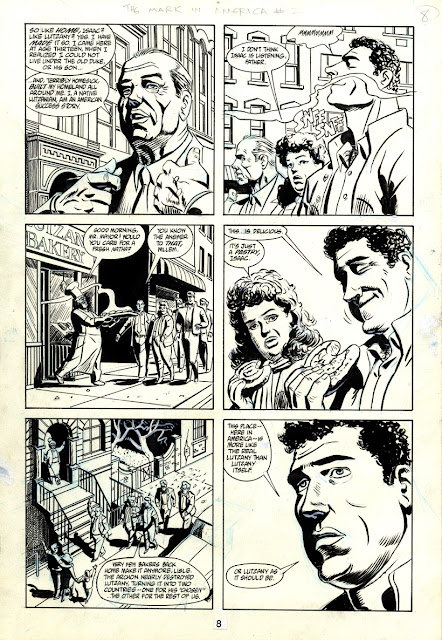 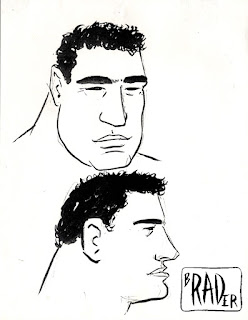 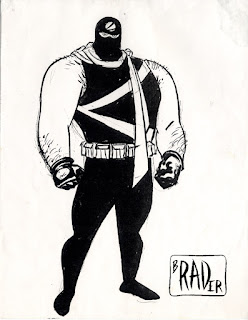 I want to draw attention to my character design for Isaac, the Mark in his civilian guise. He is not particularly handsome, as highlighted by the close up in panel 6. I didn’t even please myself by making him ugly/hot. Basically, I was just trying to get some variety. Early in the genesis of the project I did a fairly quick design of randomly assembled facial elements and stuck to it for the duration. 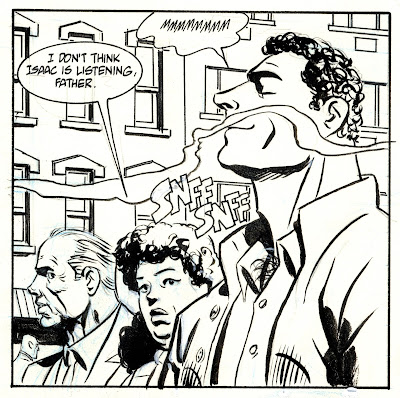 I theorize one of the reasons that Neal Adams, Jim Steranko, Frank Frazetta, etc. are so popular (apart from their amazing skill as draftsmen) is that their men and woman are incredibly attractive. I recall reading that Bernie Krigstein rebelled against this prejudice toward beauty by self-consciously designing ugly characters. 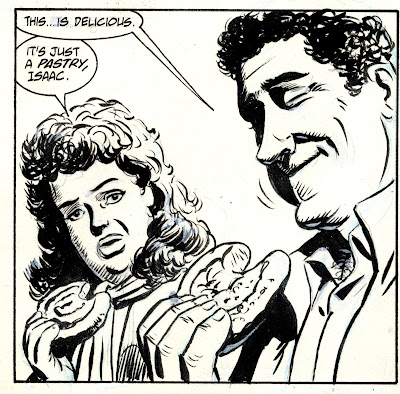 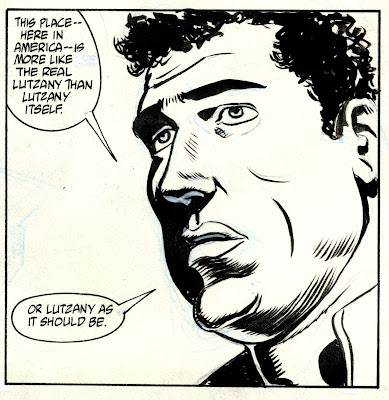 Actually, I think it’s a flaw in many artist’s work that their character designs are invariably beautiful/attractive: if everybody’s a “10”, how do you design somebody who is, within that context, a “10”? Also, it’s highly subjective, in spite of societal consensus. One man’s dream lover is another’s repellant inflatable love doll.

This is page 8 for "The Mark" issue 2, volume 2, otherwise known as "The Mark In America", published by Dark Horse Comics in January 1994. Written by Mike Barr, drawn by Brad Rader.
Posted by Brad Rader at 6:08 PM