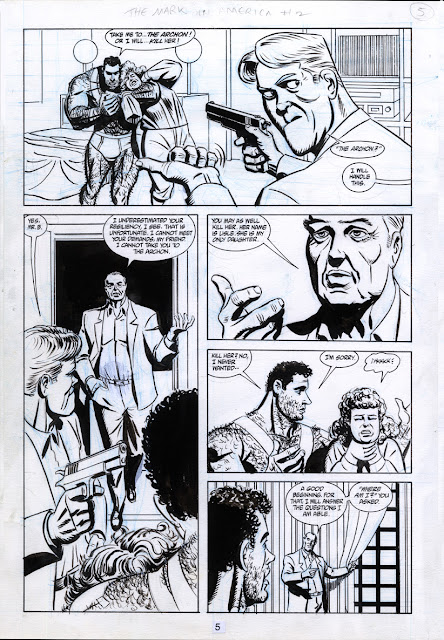 On this page we are introduced to another main incidental character, Janos Burovnik, exiled leader of the “Free Lutzany” movement. When I was casting, I toyed with the idea of using Conrad Veidt or Leo G. Carroll, then decided to base him off of Ingrid Bergman, the same model I used for his daughter, Lisle. At least that way there’d be a family resemblance.
I don’t have much to say about this page; it’s important because it introduces two important characters in this storyline, but there’s nothing particularly interesting about them otherwise. 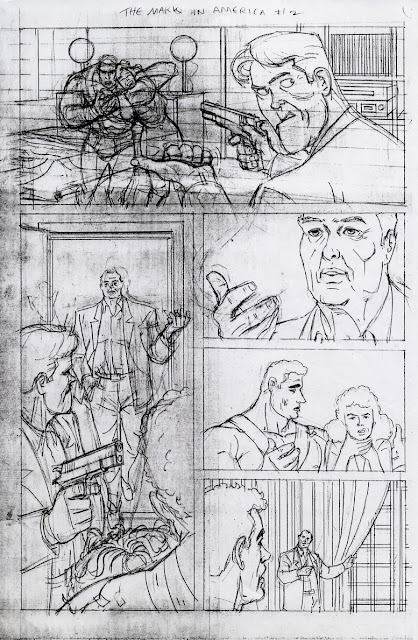 I think it was around this time that I got a call from my editor, Bob Schreck, relaying complaints from the Dark Horse production department that my original pages were a mess: I wasn’t erasing enough and my residual pencils were fucking with their attempts to scan the pages. This annoyed me at the time, but I found out exactly what they meant when I tried to scan my own artwork a few years later (I brought my first computer in 2000). 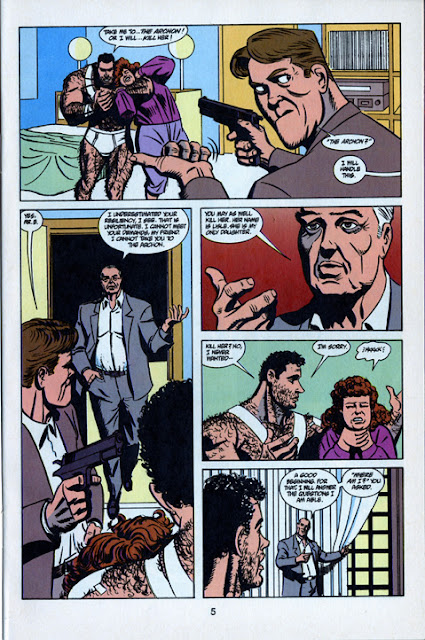 You can see for yourself the problem this caused in reproducing my line work in panels 1 and 2. I’m curious, though, why they didn’t just go in and hit it with the eraser themselves.

This is page 5 for "The Mark" issue 2, volume 2, otherwise known as "The Mark In America", published by Dark Horse Comics in January 1994. Written by Mike Barr, drawn by Brad Rader.