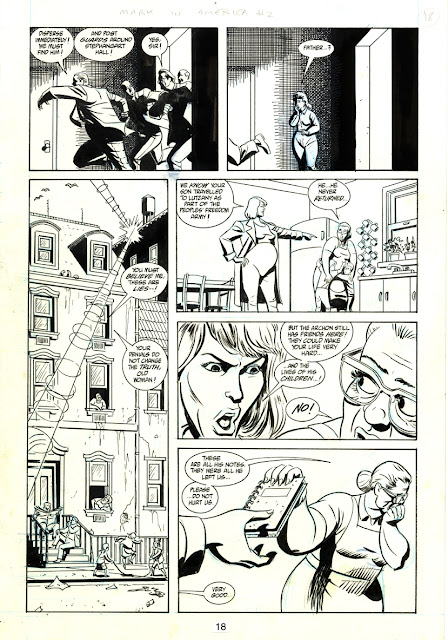 Panels one and two are a bit of a cheat; I tried drawing Lisle in the BG of panel one but it was too messy so I ended up leaving her out and sticking her in panel two as if she’d been there all along. 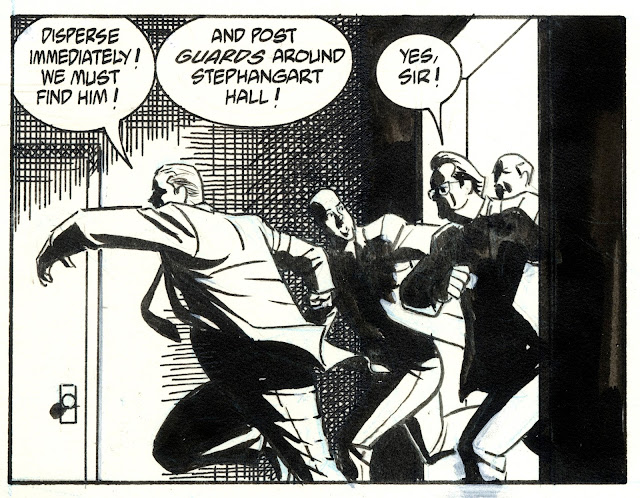 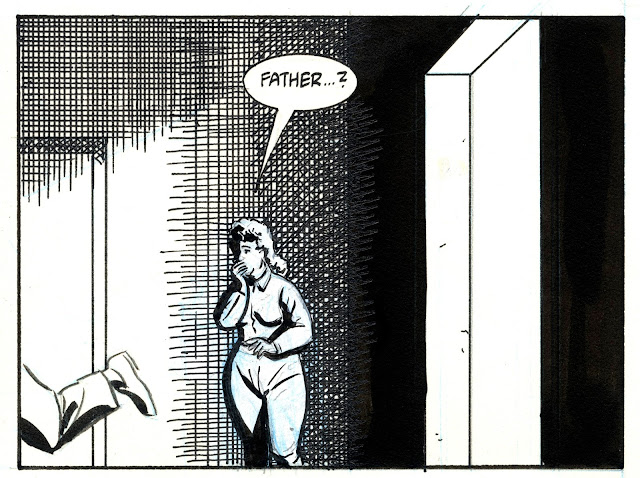 In panel three, I was trying to communicate that it was late afternoon, hence the lens flare from upper right as the waning sun starts to dip behind a neighboring building. What I would do now is to have the waning sun offscreen hitting just the top quarter of the building shown here, the rest in afternoon shadow. As it is, the effect is completely lost, especially as colored in the published version.

This is page 18 for "The Mark" issue 2, volume 2, otherwise known as "The Mark In America", published by Dark Horse Comics in January 1994. Written by Mike Barr, drawn by Brad Rader. 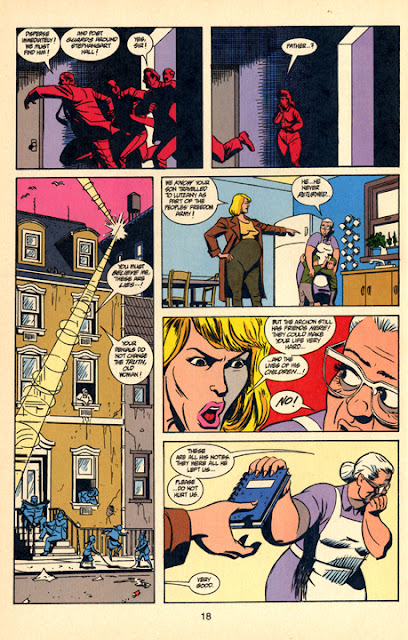