THE MARK IN AMERICA, ISSUE 1, COVER

I am posting my design for the cover of The Mark in America issue #1, alongside Jim Rhon’s re-design and color rendering. I don’t know whether Jim was directed by the editor to make these changes or did them on his own initiative. I guess turn about is fair play. Given my cavalier attitude towards Mike Barr’s script, it would be churlish of me to complain about similar liberties being taken with my pencils. I prefer my version, but Mr. Rohn’s has a distinctive graphic simplicity about it. Mr. Rohn created “The Holo Brothers” and was active in the 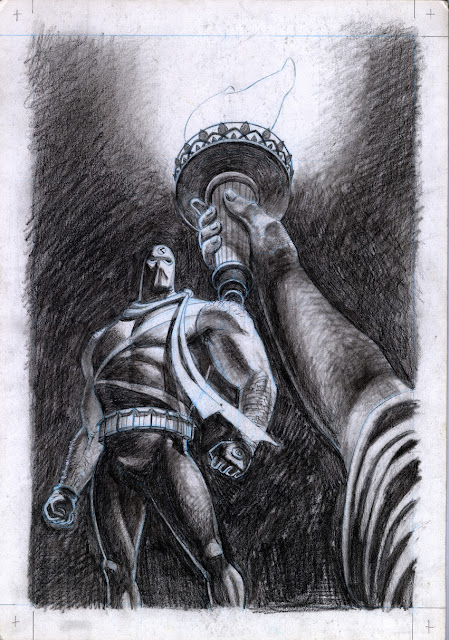 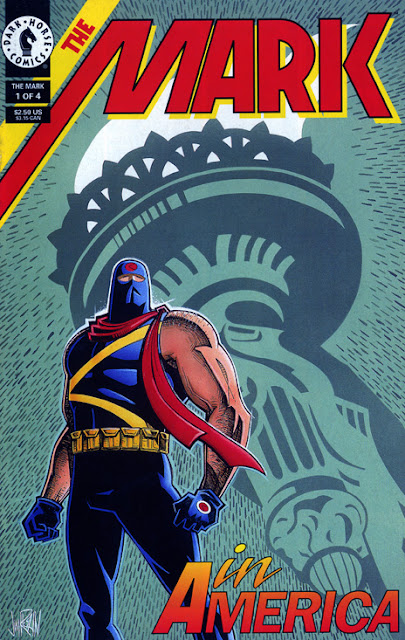 comics industry in the early 90’s. Does anybody have any more information on him?
Posted by Brad Rader at 8:00 AM