(This is part 4 of the saga of my brief relationship with Alex Toth, starting with me cold calling him in September 1992.
The page shown here was originally intended to appear as an episode of the “Challengers of the Unknown” ongoing series in Adventure Comics in issue #498, April 1983. Eventually they saw print in DC Comics Presents #84, in August 1985, somewhat reworked as a team-up between the Challengers and Superman.)

A few weeks later, I called Mr. Toth to ask if he’d had a chance to watch “Castle Cagliostro” (an anime feature by Hayao Miyazaki that was a touchstone for the group artists I ran with). He admitted that he had, and added that he was going to write Dan Riba a post card about it. There were many good things about the movie, but, in general, he thought it was too hyper, too fast without let up in the action and that the action was too jerky. Also, he had difficulty understanding the story since it was in Japanese.
“I thought Bruce Timm was going to write me a letter”, he accused. “I told Bruce about it, but he doesn’t answer to me. He’s the producer”. Toth couldn’t argue with that.
We shot the breeze for about an hour before I got to the point: I wanted to meet him, get him to look at my work and pronounce me “good”. Or, if “not good”, give me some pointers on improvement. “You sure know how to hurt a guy”, was his response. “Why is that hurtful? First, let me say that if things go no further than these two phone conversations, I’ll consider myself blessed.  But what about, if you don’t want to venture out, I come to your place”. He mumbled something about stacks of books covered with cobwebs and dust. “Sounds like my place”, I rejoined.

He asked me where I lived; I told him (I live in Elysian Valley, near the LA river) “The Dog’s end of LA”, he proclaimed. I disagreed, telling him I walk my dogs in the river everyday.

Finally he suggested we meet at one of his favorite restaurants, El Chiquito, across from the Warner Brothers main lot, and that I should invite Bruce Timm and Dan Riba to join us. I said I could do that but the problem area in the equation was him. He allowed this was so and suggested I call him a couple days before to make sure he was “available”. (To be continued) 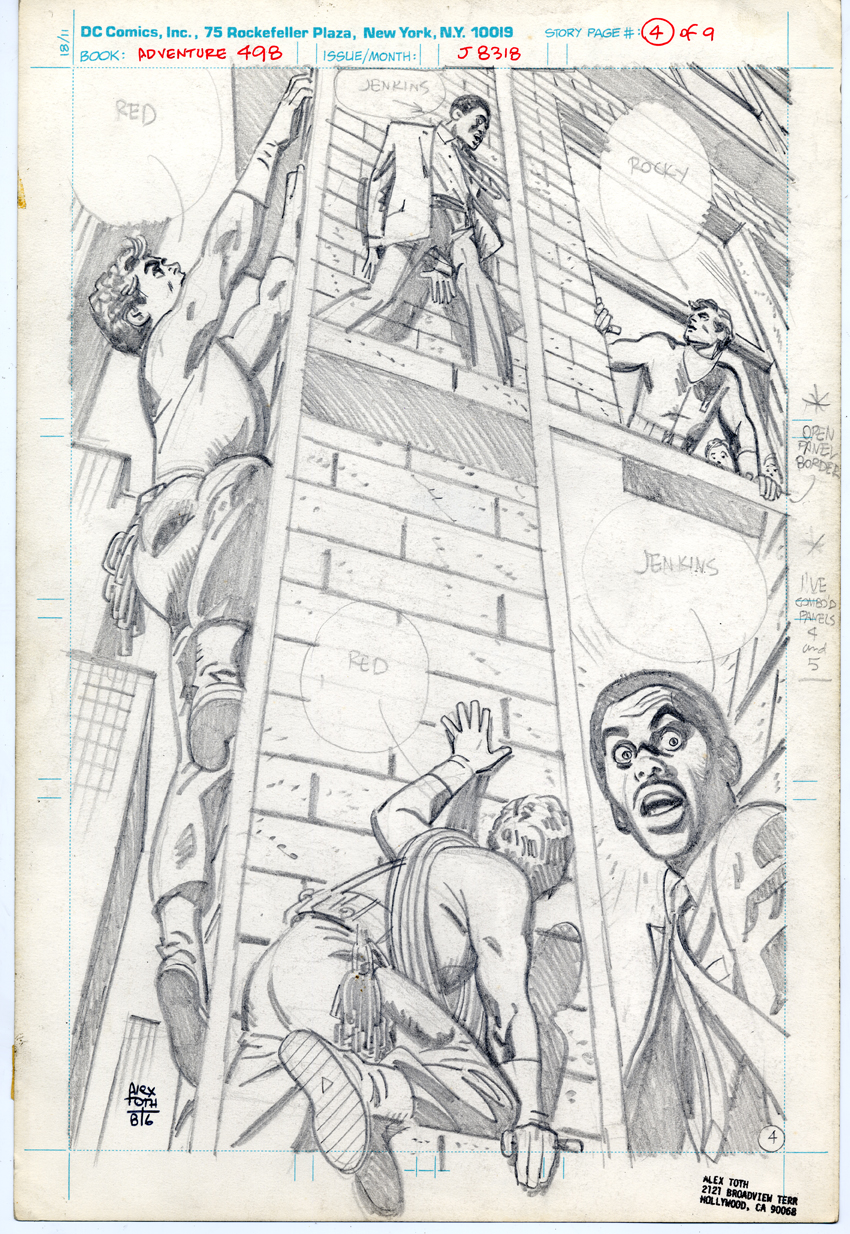