January 26, 2016
The phone rang 5 times before he picked up. There was silence on the other end, punctuated by several seconds of coughing, followed by a curt, irritable, “Hello.”

I introduced myself, saying I was an artist working for the last 9 years doing storyboards in the TV animation industry, most recently spending the last year and a half on the Batman series. I told him I was calling because he was one of my favorite artists and I’d really like to meet him.

He said he didn’t think that would possible, that he didn’t get out much and he wasn’t feeling very well these days. He had a medium pitched voice, sort of gravelly. We ended up talking for an hour and a half. Actually, he did most of the talking, keeping the conversation going. It wasn’t that I didn’t have anything to say- in fact, when I bulled my way into his monologues he seemed somewhat annoyed.

Mr. Toth admitted to being a fan of the Animated Batman TV series. “My hat’s off to you”, he said more than once. “It was what we tried to do years ago, on Johnny Quest and Super Friends, but they wouldn’t let us”. He was especially complimentary of the episodes done by my unit. Actually, it was director Kevin Altieri’s unit. (There were 4 units; the other directors were Frank Paur, Dick Sabast, Boyd Kirkland, and, later, Dan Riba). Toth remembered Kevin’s name because Kevin tried to get him to work with us on the first season of The Real Ghostbusters, back in ’96. I told him I remembered that—Mr. Toth was supposed to show up at the DIC Entertainment offices one Sunday afternoon to check things out but he stood us up. (He stood me up specifically, since I was alone in the office working on a storyboard, waiting for his appearance). Toth didn’t remember it that way; as far as he was concerned it was just another God-Damned Toy Show with all those hideous characters he didn’t want to deal with. 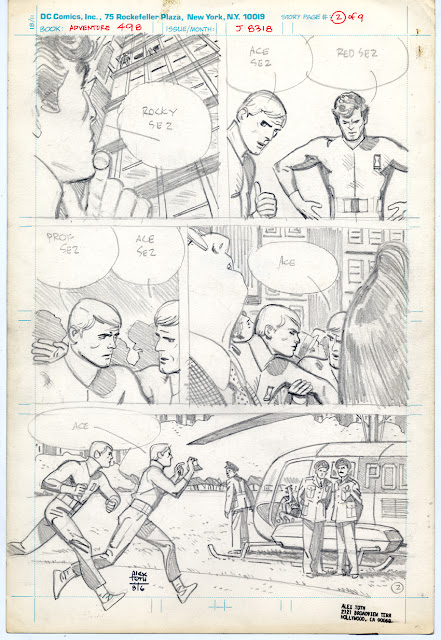