“Sonambulo (Sleepwalker) is a fictional character from the American independent comic book series of the same name created by Rafael Navarro. The character made his debut in “Sonambulo: Sleep of the Just”, the first of the ongoing series in 1996. The story follows the eponymous character, who in the 50’s became a successful luchador. Due to his rise to fame, Sonambulo was approached by the local Mafia with the intent of extorting money from him and other special services. Upon refusing the gangsters demands, he was brutally beaten, shot, and left for dead. Sonambulo fell into a deep hibernation, waking several decades later, having the power to see other people’s dreams and having the ability to go without sleep. Using his new-found powers, he became a private detective against the supernatural underworld of the night.

“The comic is notable for having won the Xeric Foundation Award and for being one of the first characters to combine elements of Lucha Libre with the Hardboiled genre (creating a cross-genre known as Lucha Noir). The comic has been translated into Spanish for distribution in Spain and Mexico as well as French and Croatian fro distribution in France and Mexico respectively. The development of a live-action film adaptation has been in talks, most notably with the filmmakers of “Y Tu Mama Tambien”” (From Wikepedia, the free encyclopedia)

This is page one of a set of six pages of original art that I acquired directly from Mr. Navarro when we were both employed as staff storyboard artists on the short-lived “Stripperella” animated TV series for Nickelodeon (Pop Toons). I traded 6 pages of my own original artwork from issues of Catwoman and Batman for these pages which first saw print (I assume but am not sure) in Sonambulo v.1 #3, in a story called “Carnival of Souls”. They were reprinted as chapter 4 of the graphic novel in “Sonambulo in Sleep of the Just: The Collected Cases”. 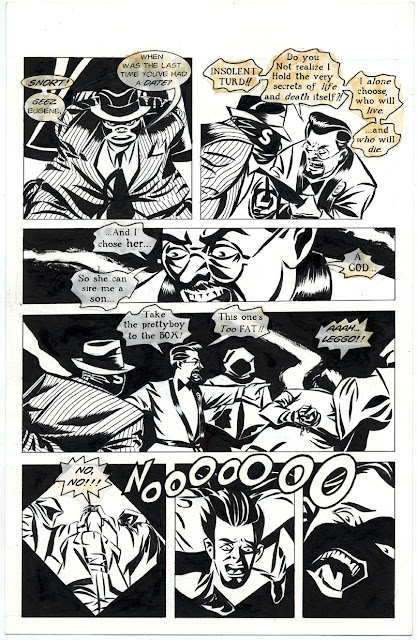 “Carnival of Souls” page #4: What I love about Raf’s artwork is his avoidance of lines in his inkstyle. Like David Lloyd in “V For Vendetta” and Arthur Rackham in his black & white illustrations for the stories of Edgar Allen Poe, Navarro primarily uses shapes to describe his forms, leading to a very high contrast graphic approach. 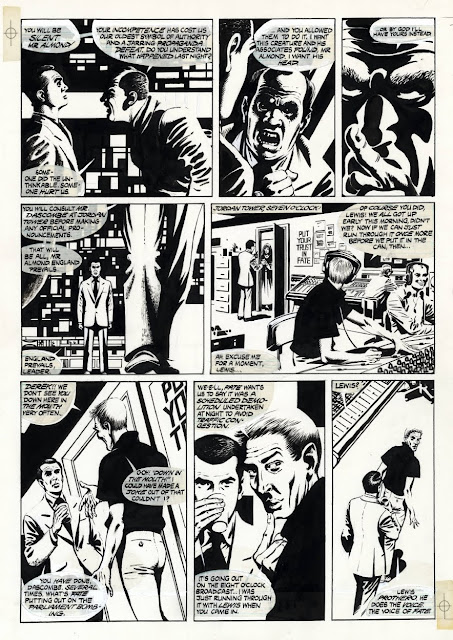 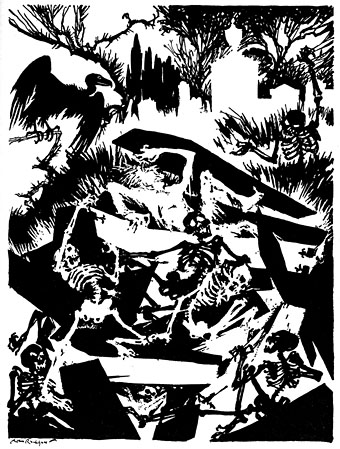