We (Mom, Lolly, Dennis, Carrie, Will and Myself) are on Hesketh Island. Hesketh Island is a 20-minute water taxi ride from Homer, Alaska, which is a 4 or 5-hour drive from Anchorage, Alaska. We are staying in the cabin owned by Chuck and Elaine Burgess, close friends of Carrie and Dennis. Carrie and Dennis have been enjoying the use of this cabin for around 12 years, before Will was conceived. Mom has been here too, but always in the Spring or Summer. If she came in Autumn, she’d be able to identify a questionable tree by its berries. Mom is a lover and student of nature, well educated in plant and bird identification.
On Saturday, the tickle in the back of my throat that started when I arrived in Anchorage finally blossomed into a full fledge cold: cough, runny nose, slight fever. Damn. I NEVER get colds, whuzzup with this crap? I suggested it might be best if I didn’t go on the outing, more for everybody else’s sake than mine. However Carrie said she wouldn’t go on the trip if I didn’t, and Mom expressed disappointment also.  “Okay, don’t blame me if y’all come down with it too.” If it had gotten worse I wouldn’t have gone in spite of their remonstrations, but it seems to have plateaued.
I asked Mom if she had any handkerchiefs I could borrow; she gave me two of Dad’s. So I’ve been blowing my nose on my departed father’s snot rags all day. I feel like I’m furthering the mood of filial communion I’ve been experiencing this vacation. Just think; Dad may well have blown snot on these very rags. Trippy… 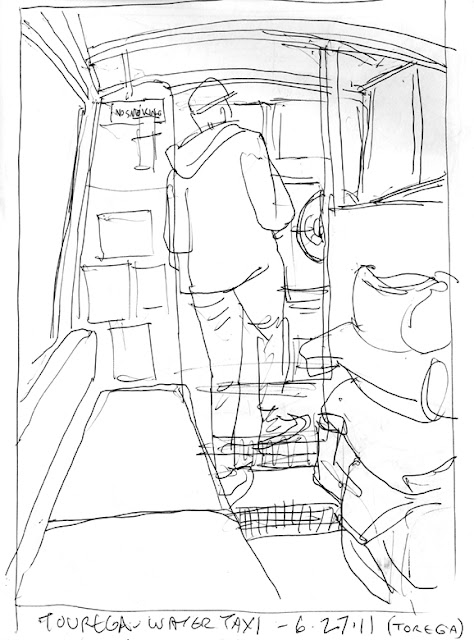 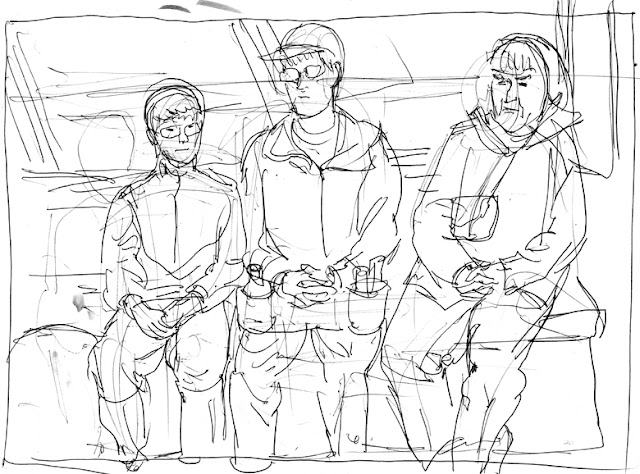 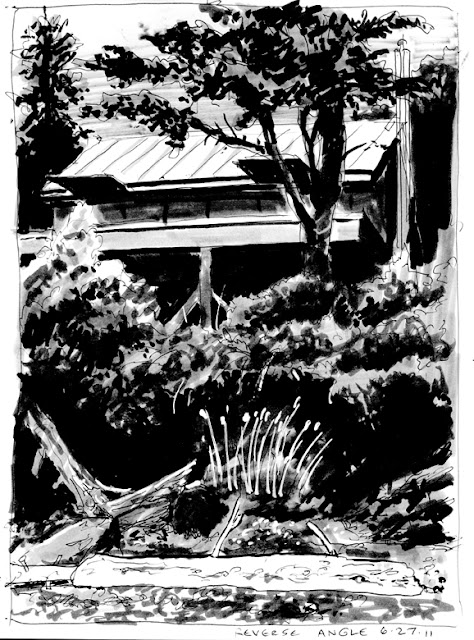 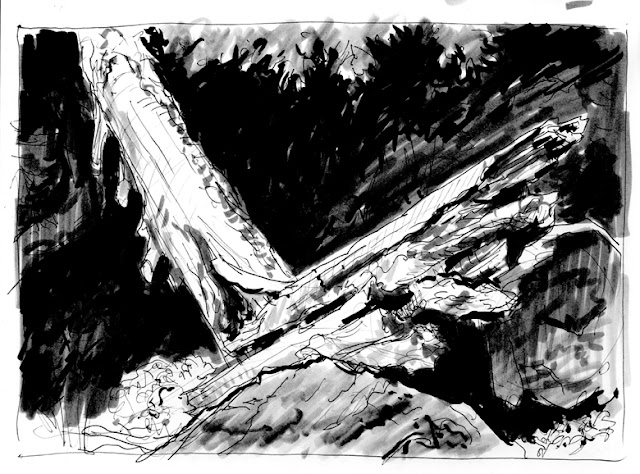 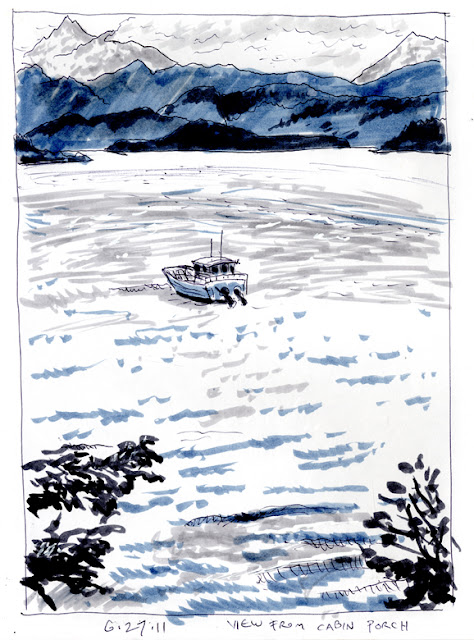 Hesketh Island has 13 lots on it. The Burgess cabin sits just off the middle of a 200 yard long black gravel beach, which is bound on either side by rugged cliff escarpments. There is a neighboring cabin near the left end of the beach, and neighbors on the other side of the escarpment on the right, hidden from view. The Burgess cabin is built atop a small cliff; one has to walk up a short, steep trail from the beach. It has 2 floors, one room to each floor. Mom and Lolly commandeered the futon chair and couch on the ground floor. I will be staying up in the attic.  Carrie, Dennis and Will put up a tent on a wooden platform just off the beach and will bed there, as seems to be their custom. The platform sits next to an abandoned house. Dennis told me its story. It was built from a Sears Catalogue mail order kit sometime in the 50’s. The owner, who also built the cabin we’re staying in, moved into it with his mail-order bride. She fled back to civilization after 3 days. Chuck and Elaine own this building as well. They tried to fix it up when they bought the property, but gave it up as too much work. Dennis and I both agreed this was a shame that the house was being allowed to fall in on itself. “They don’t make them like this anymore”, he observed as he indicated the teak wainscoting along the base of the wall in the narrow living room. The front window were all blown out and covered ineffectually with visquine, allowing the harsh ocean element to enter at will. “It won’t be long now”, he predicted.  I flashed on the pre-“Snow White” Disney animated short, “The Old Mill”, which is basically a romanticized documentary about a long abandoned mill that almost falls in on itself during a particularly violent storm.
Posted by Brad Rader at 10:39 PM