All this week, in celebration of "Fogtown" in its new paperback release, I'm blogging/posting preparatory artwork done way back in late '06. The project was long in it's genesis, given that it wasn't published until August '10 in hardcover and August '11 in paperback. This installment, I'm focusing on the main character in "Fogtown", Frank Grissel, hard boiled, bisexual private eye. As you can see, he went through many changes. 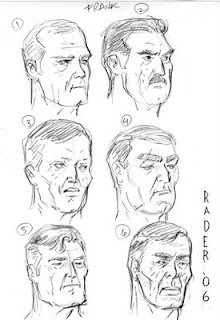 In this drawing, I'm playing around, trying different possible looks. 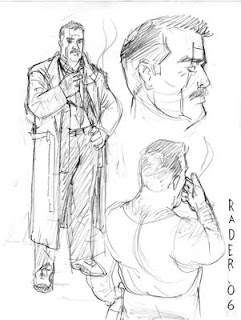 If memory served, this drawing is based off #2 from the previous drawing. At least, that's how it appears; I actually don't remember. This is a version modeled off Robert Mitchum, fleshing out original editor Bob Schreck's suggestion.

This version is based off John Gavin, as per writer Andersen Gabrych's suggestion. 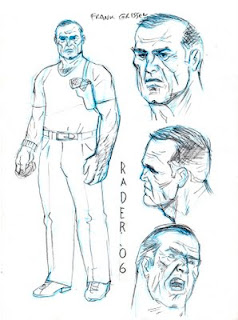 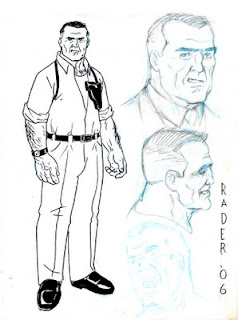 In the end, he ended up looking vaguely like Darwyn Cooke's version of Slam Bradley.