On this page, the editor, the author and I got into trouble because I feared that the audience might not
appreciate the important revelation that it was Colonel Thorpe who targeted the teen whore on pages 6/7 for murder by Father Fischer, who then mutilated her and removed her sexual parts while he was at it. I insisted on a re-write where we would actually show the removed sex parts and her unborn child instead of implying it. Bob and Andersen accommodated me in this.


Unfortunately, I was contacted by the book’s third editor, Will Dennis, earlier this year. He informed me
that the group editor thought that panel 3 was much too disturbing and controversial and that we had to pull back. We ended up with the image shown, returning to the original script. 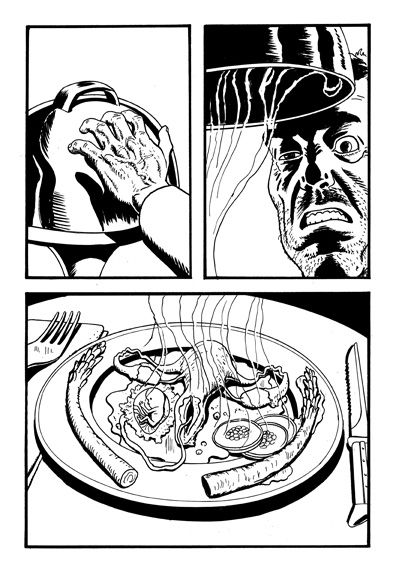 This is the re-drawn panel, conforming
to the original script. The page was composited in Photoshop. 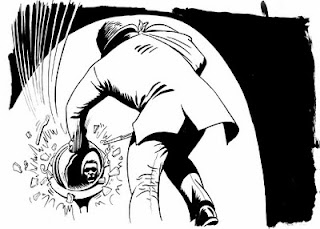