One of my favorite aspects of cartooning is casting; i.e., designing the cast of characters. Over the years I've saved old model packs from TV series I've worked on with the idea of repurposing characters in my own work. In these two pages, two characters are lifted from King of the Hill, which I was working on at the time. Frank Grissel's lawyer on pages 56 and 57 is based on the model of Peggy Hill's real estate agent boss, Chris Sizemore. The uniformed SFPD office on page 56 is Enrique, one of Hank Hill's co-workers at Strickland Propane.

Page 57 is also the first appearance of Madam Tse, part of the criminal conspiracy afflicting the city by the bay. She went through several design permutations before we (Bob, Andersen and I) arrived at the current version. Andersen insisted that she sport the hairstyle worn by Jean Simmons in Angel Face. 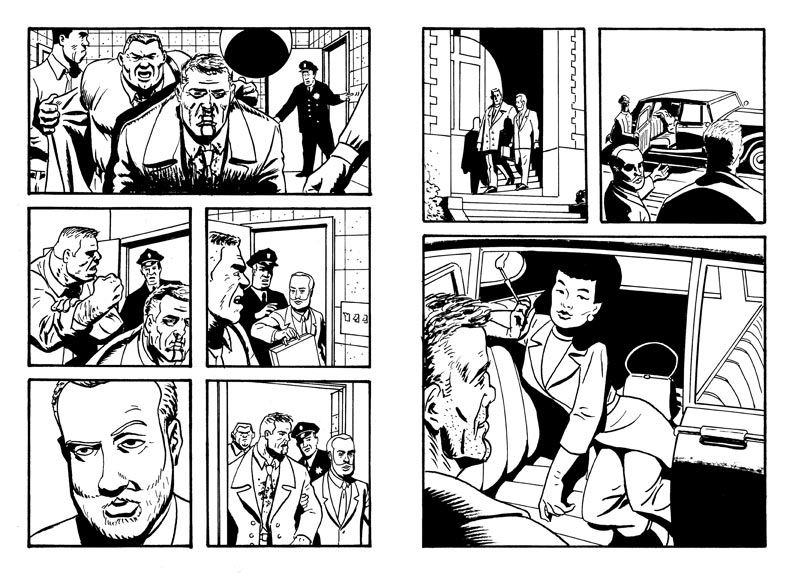