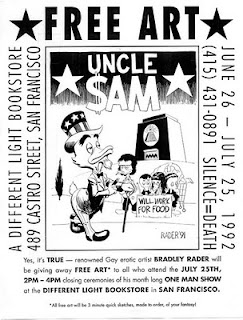 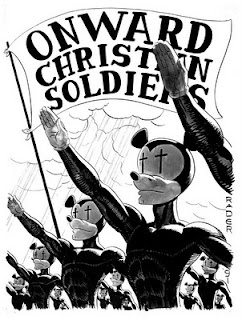 The second show was at “A Different Light”, a gay/lesbian bookstore with branches in Silverlake and San Francisco. This show was called “Free Art”. I did a series of large-scale drawings appropriating corporate owned cartoon characters and putting them in atypical situations. This was in the period when Disney was threatening to sue the Academy Awards for having Rob Lowe dance with Snow White, and the Florida daycare center for having murals with Disney characters on its walls. I worried about following in their footsteps, so I consulted with a lawyer specializing in trademark, copy rite, and intellectual property law. He said the law in this area was amorphous, and tended to skew towards the property owners. So I decided to take my chances and go all the way. Maybe I’d get to go on Phil Donahue or Oprah.
It never became an issue. I discovered, as I’ve re-discovered since, that the problem with doing risk-taking work isn’t getting slapped, it’s getting noticed at all. Publicity has been my bette noir, the main sticking point. 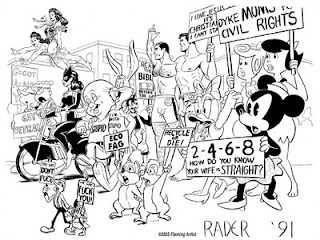 The show went up at at the Silverlake store in January of 1992. (It was one of the last exhibitions held at that branch; it closed soon after). It moved to the San Francisco store that summer, I believe. 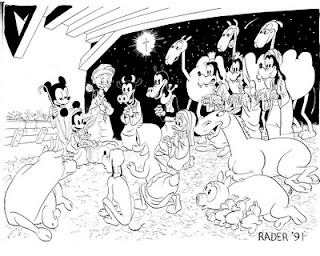 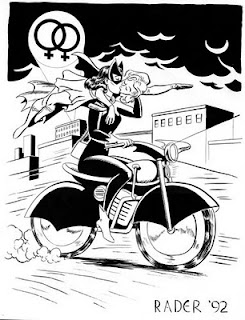 A lesbian Batwoman - you were ahead of your time!